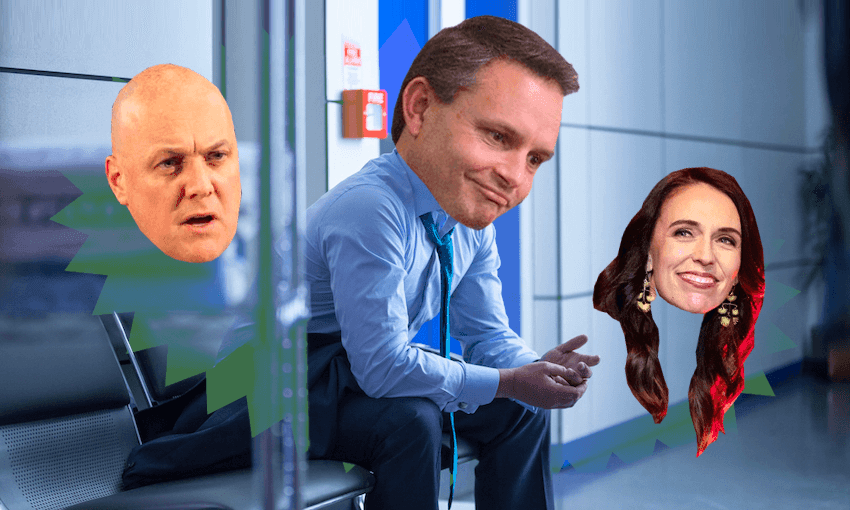 After it’s solved the nursing shortage, our beloved soap opera could help us better understand the political world, too.

Cometh the hour, cometh the soap opera. A dire shortage of nurses in Aotearoa has prompted the government to turn to the most reliable pillar of our democracy: Shortland Street, with plotlines in forthcoming episodes imploring viewers to become nurses, though ideally not psychotic murderer nurses.

Why stop there? As we strive to inform young people about civics, politics and power, let us tell our important stories through the medium of soap opera, too. After all, as is written in the Hippocratic Oath, the truest doctor is the spin doctor. Here’s a handful of docudrama scenes from the week just gone.

IOU, or you owe me, got some cash from IRD. I think a change is what I need. If I’m looking for unbridled power in a unicameral Westminster-style legislative system, or to dream, Molesworth Street.

TENS OF THOUSANDS OF RANDOM PEOPLE AROUND THE WORLD GETTING PAID $$$ FOR NO OBVIOUS REASON: Hello.

NUTRITIONIST JAMES SHAW, ANKLE DEEP IN WATER, ALONE, GRAINS OF SAND BETWEEN HIS TOES: I stand before you today, bruised but undeterred. In a battle against nobody, I lost. I hear the message from my people – I have not listened as I might have, and I have not yet halted anthropogenic global heating. Anyway, round two, we meet again. And this time I hope very much to defeat nobody, ideally, if that’s OK.

CHIEF EXECUTIVE FLYING DOCTOR TOPHER LUXON: Rubbish. On the hoof. Insulting to taxpayers. What I would say to you is that the people running the Molesworth Street hospital are a shambles. It’s like something out of The Office.

THE WATER RISES. SHAW, KNEE-DEEP, GLARES AT NOBODY.

CHEF CHRIS, A BISHOP, BLOOD WEEPING FROM A BULLET WOUND IN HIS SNEAKER: Sir, this is a scone.

HIPKINS: What kind of an internally divided, U-turning, Humpty Dumpty, flip-flopping caf is this?

BISHOP, THRUSTING IPAD INTO HIPKINS’ FACE: Please tell me that is not your penis.

NOBODY: You OK, James?

ARDERN, PARKER AND HIPKINS ARE STATUESQUE, COVERED IN SEVERAL DOZEN LAYERS OF PPE, HOPING WE CAN’T SEE THEM. WE HEAR A BEEP, ANOTHER BEEP, THEN ONE ENDLESS LONG BEEP, YOU KNOW THE SORT OF THING, AS IN SOMEONE JUST DIED.

JAMES K BAXTER: Alone we are born. And die alone.

DOCTOR CHRIS WARNER: I was thinking the same thing, James K Baxter. We too will one day see that red-gold cirrus over snow-mountains shine, and face, unchaperoned, the ultimate cost of living.

WATER, WATER EVERYWHERE. WINSTON PETERS SURGES TERRIFYLINGLY THROUGH THE SURFACE, RIPS OFF A SNORKEL, AND THEN A RUBBER FACE, REVEALING HER TRUE IDENTITY – NURSE CARLA CROZIER.