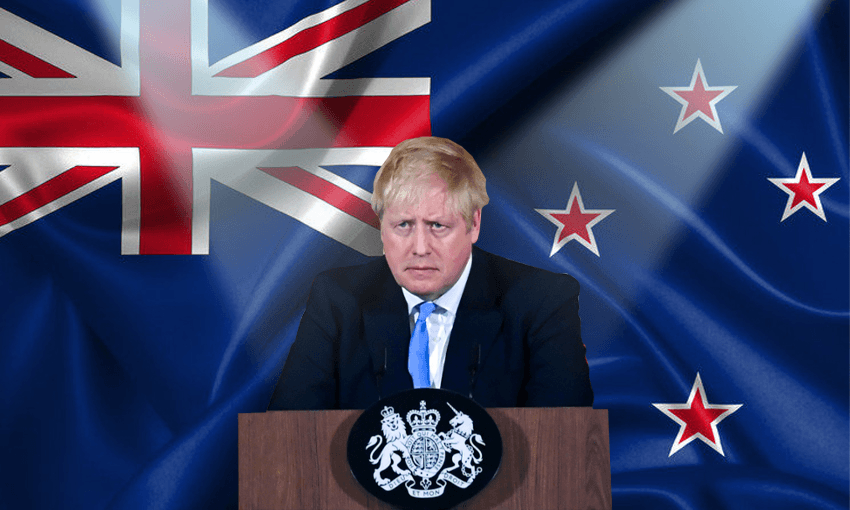 Did Boris Johnson just destroy the Kiwi OE to the UK?

Boris Johnson’s government has increased the National Health Service surcharge for a third time in just four years, which migrants must pay in order to live in Britain.

Don’t get me wrong, I haven’t become a whinging Pom. I’m all for the fair payment of services like the NHS. But this latest jump is taking the Mickey big-time.

Not only is it exorbitant and using Kiwis as a cash cow, it charges New Zealanders twice – a decent whack of their earnings is paid as tax in the UK (and at a higher rate than in NZ for most).

And, this makes me even wilder: Brits who move to New Zealand don’t have to pay a surcharge to use the public health system there.

The unfairness doesn’t stop there; there are more than 250,000 Brits living in New Zealand (more than 5 percent of NZ population), while there’s around 60,000 Kiwis living in the UK (less than 0.1 percent of UK population).

So while a quarter of a million British citizens don’t have to pay a surcharge to use New Zealand’s system, the 60,000 Kiwis in the UK will pay millions of dollars in surcharge, and again in tax.

The increase makes the UK OE even more inaccessible to Kiwis, who already have to pay a visa processing fee of NZ$1174, have at least £1890 (NZ$3860) in your bank account, buy a flight (one-way cheapest is around NZ$680), and have cash left over for rent, bond, etc.

So Boris, why are you continually punishing New Zealanders who want to make a home in your country, contribute to your economy, and importantly, fill jobs you desperately need in health, education, construction, etc?

It’s time the UK ends its disregard for New Zealanders. The extortion must stop. Kiwis aren’t leeching off your country, we are contributing to it and adding value.

Show us all some respect.

Lloyd Burr is London-based Europe correspondent for Newshub, where this piece first appeared.