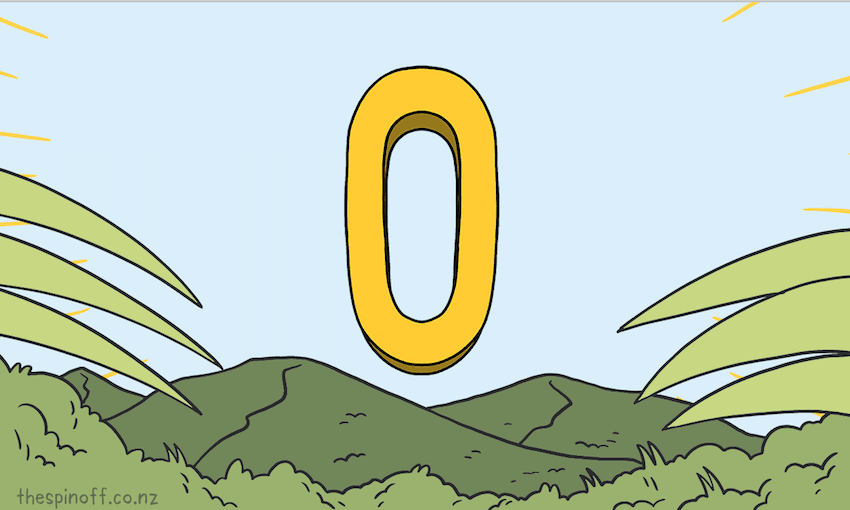 Hopes of success for ‘elimination strategy’ grow as for the first day since mid-March no new cases are announced. ‘We cannot afford to squander all the hard work’, warns Bloomfield.

The Spinoff’s coverage of Covid-19 is made possible thanks to donations from Members. Please join to support our work. For the latest developments see here.

The total number of new cases of Covid-19 in New Zealand announced today is, for the first time since March 16, zero.

The milestone was announced by Ashley Bloomfield at a briefing this afternoon. It was “cause for celebration”, said Bloomfield, the director general of health. “Clearly these are encouraging figures today, but it is one moment in time.”

“The real test is later this week, when we factor in the incubation period for the virus and the time it takes for people to display symptoms, which is generally five to six days after exposure,” Bloomfield added. “That’s when we will have an indication if there are any new cases coming through that might be emerging in the community as a result of our shift from level four to three.

“We cannot afford to squander all the hard work and effort of the past weeks. We did see at the weekend that it can be easy to slacken off, and we need to maintain discipline and keep pushing on, and sustain the advantage that we have fought so hard for.”

There was a risk that New Zealanders might interpret the zero count as a sign they could relax around social distancing or other measures, Bloomfield acknowledged. “We’re now a week away from cabinet making a decision about a move to alert level two, and I think both the prime minister and I have been clear that it’s not just the case numbers or the pattern, but the level to which people are taking seriously the expectations, particularly around physical distancing and hygiene measures. And not squandering the advantage we have created for ourselves.”

Bloomfield said he was reassured that of the cases identified in the last week without any obvious source, “there has been wide testing around them of their work and family contacts and more widely, and none of that has shown up any further cases, which is reassuring. But we want to make sure we are covering off that long tail.”

The total number of tests was a relatively low 2,473 yesterday, owing to it being a Sunday, Bloomfield said. The total test tally to date is 152,696.

One probable case has been reclassified as confirmed following a positive test in the past few days, so the total number of cases remain at 1,487, said Bloomfield. Overall “active cases” in New Zealand now stand at 191.

The New Zealand government decided in March to move from a “flatten the curve” strategy to one of “elimination”.

As laid out by the all of government controller, John Ombler in late March, “We have made a key strategic shift from a strategy of mitigation to one of stamping it out and elimination. We do not want to end up in a scenario of widespread outbreaks which would significantly overwhelm the health system, as we have seen in Italy, Spain and other countries that have experienced extensive outbreaks.

He added: “Our current strategy centres around breaking the chain of community transmission through tougher public health measures, in particular intense physical distancing and travel restrictions, which are set out in alert level four”.

On Monday April 20 the prime minister, Jacinda Ardern, announced that strict lockdown of alert level four would be extended by five days through to the Tuesday after Anzac weekend. Polling suggests overwhelming support for the government approach, with 87% backing the response. The country moved into level three at 11.59pm on April 27.

Covid-19 in New Zealand: a timeline

March 21:  The four-level alert system is announced, and Ardern says the country is in level two. She asks those over 70 to self-isolate in their homes. Non-essential domestic travel is discouraged and those who can are asked to work from home.

May 11: Cabinet to decide on move to alert level two.