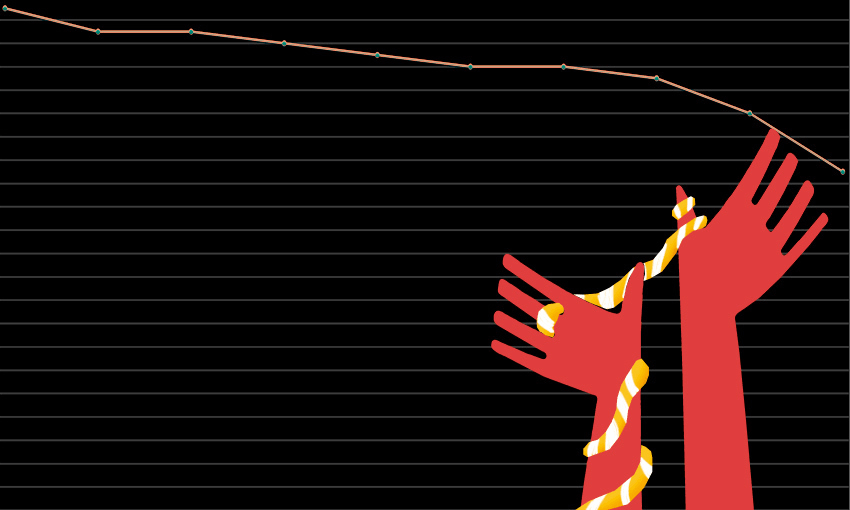 The communities with the fewest resources to deal with Covid-19 are also the least protected. To minimise the fallout, the government needs to act now, says Child Poverty Action Group’s Janet McAllister.

We’re worried. Up until recently, the dire inequitable effects of Covid-19 have been primarily social and economic, and related to lockdowns. Our care for each other ensured some of the worst possible effects were minimised or avoided. But now, Covid-19 delta is out in the community, thriving particularly in sub-standard living conditions. This means health inequities are set to rise further: Covid-19 is expected to impact Māori and Pacific communities, and low-income communities, disproportionately. Whānau are preparing for the worst, including planning childcare arrangements, in case primary caregivers fall ill.

Low-income children are more likely than others to have parents and family who experience serious Covid-19 effects, requiring primary healthcare support in the home or hospitalisation. In some cases, devastatingly, children’s loved ones may suffer long Covid consequences or potentially death. Much of this higher disease burden for low-income families is due to crowded houses, underlying health issues, lack of money for essentials, stress and poor nutrition. The disaster stories we have seen in other countries where the most vulnerable families suffer the worst could very soon become a reality here.

To avoid these terrible outcomes, the government needs to centre the best interests of vulnerable populations in its public health response. This includes increasing its trust in, and further resourcing, Māori and Pacific expertise and leadership; providing schools with gold-standard public health plans before reopening further; urgently increasing primary healthcare provision particularly in low-income communities; ensuring adequate and secure housing for families facing illness and isolation requirements; and ensuring all families have adequate incomes, even when sickness has resulted in loss of income and/or higher expenses.

One of the issues is that currently, the families of children in poverty are less protected from Covid-19 by vaccinations than families and whānau in less deprived communities. The poorer your area, the lower the chances that you and your neighbours are protected by vaccination.

The link between deprivation and low vaccination protection is particularly strong for Māori. Currently, Māori living in the least deprived areas (decile one) have vaccination rates that are 20 percentage points above those of Māori living in the most deprived areas (decile 10). Vaccination rollout to whānau Māori was delayed – Dr Rawiri Taonui points out the age-structured rollout disadvantaged Māori because 51% of the Māori population is aged under 35. Thanks to heroic vaccination efforts, many Māori-led, the gap is shrinking.

Vaccination uptake decreases as deprivation rises for a complex mixture of reasons: social issues, access barriers, and fear.  Mistrust is one aspect of this – for example, if you’re living with inadequate resources, you might have had difficulty accessing support, such as being told “no” by government agencies if you’ve asked for help in the past, even if you’re in desperate need. Such experiences – especially if they happen more than once – can lead to, or increase, mistrust and fear of government. (Thirteen frontline organisations recently requested a select committee inquiry into ongoing humiliating and inhumane treatment by Work and Income; the request was turned down).

Alienation, due to generational, historical and ongoing discrimination and colonisation, is compounded by deprivation. In this context, anti-government misinformation, including anti-immunisation messages, spread more easily.

Experts such as Te Rōpū Whakakaupapa Urutā (Māori pandemic group) co-leader Dr Rawiri Jansen stress that ongoing housing, health and income inequities need to be addressed by government, and that huge, ongoing efforts are required to do this.

Those efforts need scaling up right now. Modelling released this week shows we may be seeing 150 Covid-related hospitalisations a week by the end of this month. Nationwide, that might sound OK – not great, but OK. But in reality, the greater burden will be imposed on a subset of areas, mostly people living in deprived communities.

Not only are people in poverty more likely to get ill, but they also have fewer resources to ensure their recovery and to avoid infecting others. Isolation and social distancing is much harder with insecure and crowded housing. Staying home from work costs money. Nutritious food to assist with recovery requires money that families don’t have: 20% of all children lived in households that sometimes or often ran out of food even before Covid hit last year.

If welfare reform had been faster, communities would now be far more financially resilient. Currently, the government is offering even less lockdown-related support to low-income families than it did last year, even though poverty and inequity increased in 2020. Who looks at last year and thinks “we can get away with doing less for struggling families?” Particularly now that delta is in our community and not going away, much more is needed from the government. Communities via food banks are being asked to pick up the pieces of government failure – but families can’t pay their bills with donated cans of baked beans.

Ongoing neglect is further entrenching deprivation, despair and belief in governmental callousness at the very time as trust in government is vital for public health initiatives to work. The government has several income delivery options it can use until genuine welfare reform kicks in: ensuring all low-income families are eligible for all Working for Families payments and bringing forward next year’s benefit increases would be a start.

Immediate substantial income support increases, along with additional housing and healthcare resourcing, would help signal that the government is truly doing what’s required: centring the best interests of vulnerable populations in its public health response.