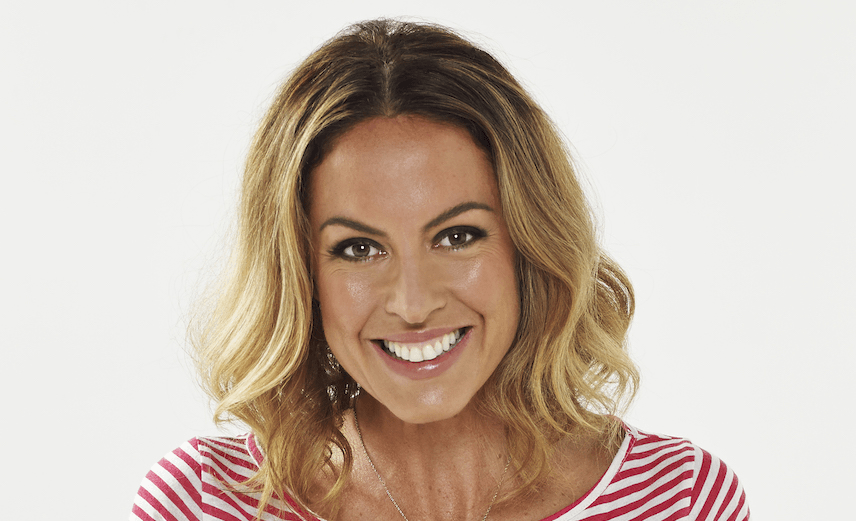 In defence of Sarah Wilson, whose brave mental health memoir doesn’t deserve to be insulted

Yesterday we published a critical review of First, We Make the Beast Beautiful, Australian writer Sarah Wilson’s book about her anxiety issues. Today Naomi Arnold, a fan of the book, responds.

Fucking anxiety, eh. I have/have had anxiety, and so have about three dozen people I know, admire, and love, some of them brilliant and high-achieving in the way that our culture defines it, some of them equally brilliant but who spend as much time as possible curled up into a ball hiding, which doesn’t make them any less of a person than the others, but society has a shit definition of what it means to be human. I have found that in the work of Sarah Wilson, you’ll probably find a better one.

So, to put it politely, I disagreed with Deborah Hill Cone’s review of Wilson’s book First, We Make the Beast Beautiful. It is incredibly easy to bag Wilson, in the same way people sneer at a certain type of successful, beautiful, leggy, high-profile woman – a pointless, degrading and draining practice that doesn’t happen to men. The reasons for that are legion, and I’m not going to get into them here, nor respond to Deborah’s review point by point. The only thing I will say about her review is that I can’t be sure she’s read the book, because she ends it saying this:

“People who are suffering from anxiety are in pain. So you have to treat them gently, gently. I’m not sure this book does. Personally, I believe the antidote to being anxious is acceptance and kindness rather than more self-improvement and punishing runs.”

This is what confuses me, unless there’s some elaborate sarcasm I’m falling for. Wilson could have written that. The phrase “gently, gently” is a favourite of hers, and acceptance and kindness appears so often throughout that it actually becomes somewhat nauseating to read. She does not mention punishing running as a thing (unless, of course, it works for you). And what is “more self-improvement”? Figuring out what helps you feel better and then trying to do it? What on earth is wrong with that?

First, We Make the Beast Beautiful is a memoir of mental illness, not a preachy, shallow self-help book (and again, if they work for you, what is wrong with them, anyway?) And there is no way you can read it and think that Wilson’s somehow not mentally sick enough to write it – another ridiculous charge, and a dangerous one at that. It reads like a bloody big cry for help, actually, for understanding and freedom from the agony of monstrous thoughts.

For those if you who have anxiety, or who are trying to understand it, it’s a dense and thought-provoking read. I know you’ve probably been recommended dozens of books as well as thought patterns, eating plans, meditations, YouTube videos, yoga practice, sleep hygiene routines, GPs and specialists, prescriptions and smoothies. But if you’ve not found your ways yet, try this out at the library and see if something in it registers for you. Or email me and I’ll lend you my copy (Hill Cone probably has one up for grabs too.) If anything, it helps to know you’re not alone with your crazy. Read it and see what you think, and then if you hate it or the author, at least be honest about why you’re reacting the way you are.

I was a tense, sleepless and weepy child, and then a probably actually insane teenager, and then an adult who felt like crap a lot of the time and experimented with medication, counselling, food, and exercise to try to feel better. I became a fan of Sarah Wilson and her Australian compatriot David Gillespie when I discovered that sugar, caffeine, and alcohol fuck with my mood so violently that I have to stay off them if I want to feel stable and ‘normal’ in the way other people take for granted. If I have too much, too often, I suffer dark and evil moods.

It is amazing to me that these wonderful substances can cause such havoc in my head. I deeply, truly love sugar, caffeine, and alcohol, along with my other close friend, simple carbohydrates, so it was a devastating process to discover and implement. (Before I get accused of preaching self-improvement, I have to do the usual woman self-deprecating thing and say that I usually fail.). So Wilson and her apple and fried-cheese snacks work for me. They have at least prevented divorce.

The reason I am bothering to say this is that I’ve found a way of regulating my mood, but I am NOT saying it will work for you and you should do it and you’re bad if you don’t, and that’s where people get defensive and pissed off. Others will have different ways to cope – medication, psychotherapy, exercise, talking, whatever. The point is, you don’t shout down others’ methods – I mean, unless they’re actively causing harm. You experiment and observe yourself and find out what helps.

Wilson’s done that, and she’s written about it, a complex and moving meditation that impressed me. First with its honesty, as she laid out the worst parts of herself, picked at the various tragedies and landscapes of her illness and how it’s affected her life and her loved ones. I found it interesting how she’s managed to reframe her anxiety from a defining, debilitating illness – and she has been very, very sick – to something that is just a part of her, and it turns out that it can be just that, too. She’s aware of her privilege in having her position and wealth to do this, and is offering something that she thinks might help. A story. I found it sad yet hopeful, and I’ve been recommending it to everyone since.

When you have any sort of illness with symptoms you know you can control through lifestyle changes – and please appreciate the degree of severity I am talking about here – managing it requires an epic amount of self-forgiveness, thought control, and overhauling destructive habits, something you learn and fail at over and over until hopefully, five or six or 15 years later, there comes a resigned acceptance and knowledge about what you must do to get through the day so you can behave and feel as you wish. Even if you don’t always do it. And maybe even eventually “recover”, as much as you can.

It’s a daily, nightly struggle. I am not saying that anyone in the throes of a serious mental illness will read this book and be cured, so don’t @ me. I am saying that if you’re someone with anxiety or don’t know what to do about someone who does have it, the book might help. Or it might let you forgive yourself, and them, which sometimes amounts to the same thing.