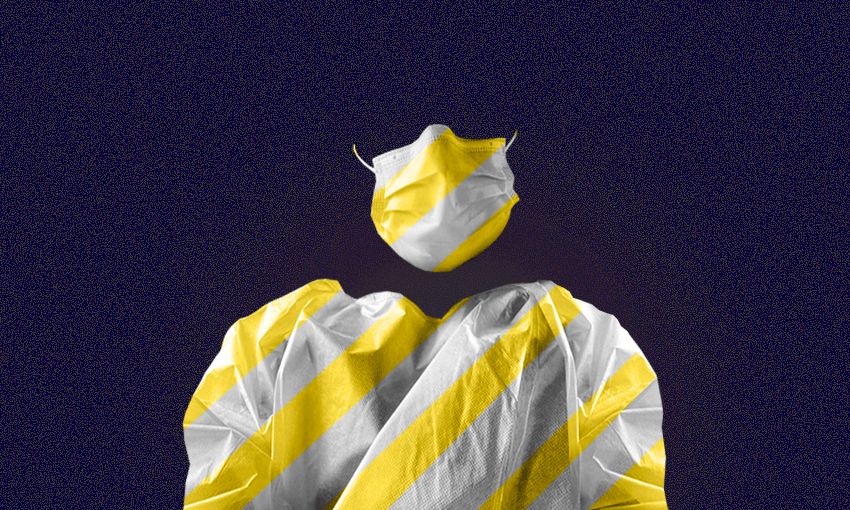 Will we really see 50,000 daily omicron infections by Waitangi weekend?

A projection of tens of thousands of infections by the first week of February made headlines this morning. Was it realistic? Auckland University statistician Thomas Lumley digs into the modelling.

This morning a headline on RNZ read ‘Omicron: Modelling suggests NZ could face peak of 80,000 daily infections’. The report, based on modelling by the US-based Institute for Health Metrics and Evaluation (IHME) began: “New Zealand could be facing 50,000 daily Omicron infections by Waitangi weekend”. This is technically correct, but in this context that is not the best kind of correct.

First, this is a model for infections, not cases. It includes asymptomatic infections (which are definitely a thing) and infections that just don’t get reported. The modelled peak for cases is a couple of weeks later, and about a factor of 7 lower.  So 50,000 daily infections by Waitangi weekend, peaking at 80,000 a few weeks later means 425 daily cases by Waitangi weekend, peaking around 11,000 daily cases by late March, if we believe the model. Given that we have been seeing reporting of cases, not infections, for the past two years, it’s misleading to quote a number that’s twice as soon and an order of magnitude higher.

Is it realistic that so many cases get unreported? It’s not clear. The best data on this, according to Trevor Bedford, who knows his Covid, is from the UK, where they have a mail-out prevalence survey. He estimates that the UK reports about three in 10 cases, and thinks it would be a bit lower for the US. I’d be surprised if it’s lower than the UK here, at least for the next few weeks. So, that conflicts a bit with the IHME infections model.

The reasons that New Zealand eventually controlled our delta outbreak were specific to New Zealand: lots of new vaccinations, quite good adherence to interventions, being happy to take it outside, being on a small island in the tropics, whatever. This sort of thing is hard for a worldwide model to pick up. As RNZ says, the model has a prediction if we use masks, and a prediction if everyone gets boosted; these are lower. It doesn’t have a prediction that accounts for capacity restrictions or vaccination of children. It’s a model where “flattening the curve” fails completely.

Looking at the model in more detail, it does seem that there are some issues with the NZ data feeds to the IMHE model. The model for testing looks like this:

That’s clearly wrong in two ways: first, it’s not going to be steady like that. More importantly, it’s too low by about a factor of 50. Here’s what the Ministry of Health says daily testing data looks like:

The IMHE vaccination model is also somewhat out of date:

It projects vaccinations as stopping in mid-November. They didn’t.

What can we say about the projections? Well, Victoria, with a slightly higher population, somewhat weaker restrictions, and not wildly different vaccination rate peaked at about 14,000 cases per day. So that’s clearly in the plausible range, and would be bad enough. It’s not out of the question that things get as bad as the IHME estimate, but I think it’s unrealistic to think of it as a most likely projection. And it certainly doesn’t need the confusion of “infections” with “cases”.

This article was first published on StatsChat, the University of Auckland statistics department blog.