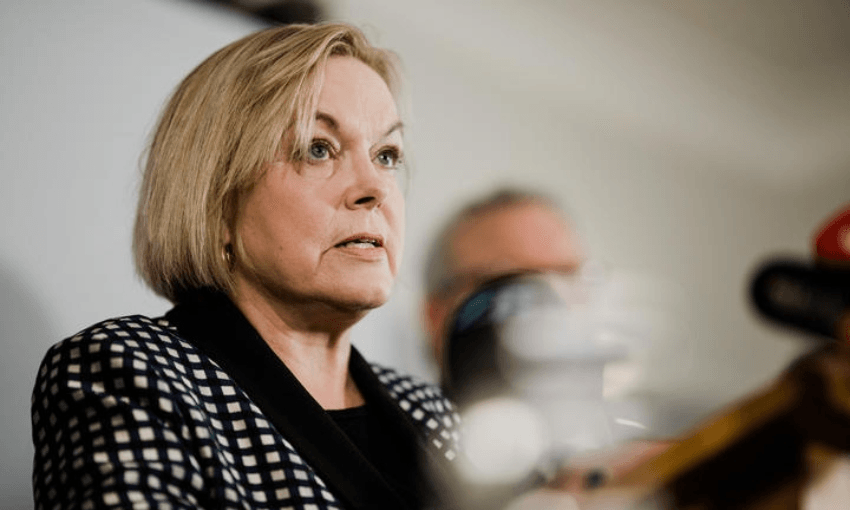 We’ve had a glut of border policies announced in recent days, as parties look to explain what they’d do differently in an attempt to prevent outbreaks. We’ll focus the most on the National party plan – for the obvious reason that they’re the party that could form an alternative government. But there have also been ideas put forward by Act and NZ First worth mentioning.

A top line aspect of it all would be the establishment of a new agency to oversee the borders, reports Radio NZ. According to deputy leader Gerry Brownlee, that would be “resourced to act as a centre of expertise. It will have the personnel, technology and capability to provide a world-class defence against Covid-19.” Party leader Judith Collins also made the point that the current approach had been stood up in an “ad-hoc” way, and a better system was needed. The policy comes the day after the government directed the defence force to deploy many more soldiers at managed isolation and quarantine facilities.

Another major aspect of the National plan is to require everyone flying into New Zealand to return a negative Covid-19 test before boarding. That wouldn’t necessarily preclude still having to do the quarantine period, and such a policy would almost certainly reduce the likelihood of people with the virus coming in. The issues for and against the idea were debated by Collins and health minister Chris Hipkins in successive interviews on Newstalk ZB – Hipkins said he had actually considered such a policy, before rejecting it, because “a number of people coming into New Zealand gain their infections while in transit. Between when they leave and when they arrive is actually the highest risk time for gaining the virus.” The Greens also criticised this one on the grounds it might strand many New Zealanders overseas if they couldn’t access a test, let alone if they were actually sick and needed to get home for care.

Finally, National’s full release included suggestions that lockdowns could be conducted in more targeted ways, for shorter durations. This would be part of a wider policy direction (which in fairness, is shared by the government) of aiming to reduce the need for lockdowns. Unfortunately, targeted lockdowns are probably a bit of a red herring, as was seen in Victoria where attempts were made to limit restrictions, until such a policy became untenable. All in all though, the policy represents a fairly firm commitment from National to an elimination strategy. As Justin Giovannetti writes, National’s policy also represents a quite important philosophical change in approach in recent weeks – “the opposition’s plan builds on the border system created by the Labour-led government and veers away from ideas that would allow businesses or universities to open private isolation facilities.”

Meanwhile, Act are somewhat less committed to elimination as a strategy – with party leader David Seymour telling Stuff that he wasn’t proposing a Sweden-like approach, but nor did he think the current strategy was affordable with the existing tools. And NZ First leader Winston Peters also preempted one of National’s policies, by calling for the creation of a new border management agency, reports the NZ Herald.

I think it’s also worth adding this story to this section, because all of these policies are looking at very high level settings. But as Branko Marcetic reports, there are currently many real people who have been forced apart from their families as a result of hard border policies. For them, the policies that get chosen are anything but academic.

The Greens are calling for a doubling of paid sick leave entitlements, as part of their plan to fight Covid-19, reports Newshub. MP Jan Logie says many people are currently unable to afford to stay home when unwell, even though that is exactly what is needed to prevent outbreaks spreading. The Greens say if they’re able to get this through after the election, they’ll also look at a rebate system so that it doesn’t hit small businesses too hard. Labour (the only realistic coalition partner for the Greens) haven’t committed to supporting a change, but haven’t ruled it out either.

The issue of exploitation of Indian migrants is one that is often hinted at in pieces, but rarely addressed head on. But Stuff’s Steve Kilgallon has done just that, asking why in particular it is people from India who suffer such a disproportionate share of this kind of treatment in New Zealand. It’s a combination of factors, but what comes through strongly is that it is a cycle, and as such the patterns are difficult to break without widespread intervention.

The latest episode of Youth Wings heavily covers a toxic culture within Young Act, particularly around harassment and misogyny. You can watch the episode here, but I’d strongly encourage you to also read this companion article by Josie Adams. It reveals that the allegations made by former vice president Ali Gammeter about the organisation weren’t isolated concerns, and several other women had similar experiences.

There’s a genuine contest for the Southland electorate at the upcoming election, even if it has always been blue and probably always will be. The ODT’s Guy Williams has profiled both leading candidates for the seat, left vacant by the retirement of disgraced leaker Hamish Walker. National has picked trial lawyer Joseph Mooney, who grew up in difficult circumstances before getting a strong legal career on track in his late 20s. Meanwhile Labour’s candidate – emergency management expert Jon Mitchell – reckons that as a true local of the area, now is the best opportunity his party will ever get to flip the seat.

At the moment, I’m really interested in how the tens of thousands of returning New Zealanders will change the country, on economic and cultural levels. Unfortunately, as my latest piece points out we still don’t really know a lot about our returnees, because very little data typically gets collected on their skills, experience and qualifications. But I reckon the changes could be profound. Incidentally, if you’d rather listen to these thoughts rather than read them, I discussed the topic with Jesse Mulligan on Radio NZ yesterday.

Right now on The Spinoff: Jihee Junn writes about how the experience of the last few months has made many rethink saving and investment, and explores why. Nelson writer and photographer Ian Trafford writes about saving his grandfather’s war diaries, and how it became the basis for a new book. Business is Boring speaks to wine expert Sam Harrop about the future of the local industry. Bad News is back and asking around about the charitable status of church-owned companies. Stewart Sowman-Lund has a brief history of the often awkward relationship between PM Ardern and president Trump. Ben Fahy speaks to three businesses about why the concept of supporting local matters so much to them.

Finally, we’re hiring: The Spinoff is seeking a social media specialist, particularly for the sort of emerging platforms I’m personally too old and craggly to understand. If you love The Spinoff and have a vision for how it should appear on Instagram and TikTok, we want to hear from you. Get more information and apply here.

For a feature today, a piece about the rediscovery of a species that was previously thought to be lost. The Guardian has reported on the Somali sengi, which hasn’t been seen by scientists in more than 50 years. The creature is a kind of small elephant shrew, and they’re fairly cute. Here’s a an excerpt:

The team tapped into local knowledge, and the fact that the sengis need shelter from birds of prey, to set traps in likely locations, baiting them with a concoction of peanut butter, oatmeal and yeast. They caught a Somali sengi in the very first trap set in the dry, rocky, landscape, identifying it by the tuft of fur on its tail that distinguishes it from other sengi species.

“It was amazing,” said Steven Heritage, a research scientist at Duke University in the US. “When we opened the first trap and saw the little tuft of hair on the tip of its tail, we just looked at one another and couldn’t believe it. A number of small mammal surveys since the 1970s did not find the Somali sengi in Djibouti – it was serendipitous that it happened so quickly for us.”

The sporting event of the weekend will be the ANZ Premiership final, with the Central Pulse seeking to defend their title from the Mainland Tactix. Stuff reports the Pulse will be at full strength, in contrast to the last time the two teams met – the Tactix took that game to hand the Pulse one of only two defeats this year. The game will take place on Sunday evening, starting at 6.45.