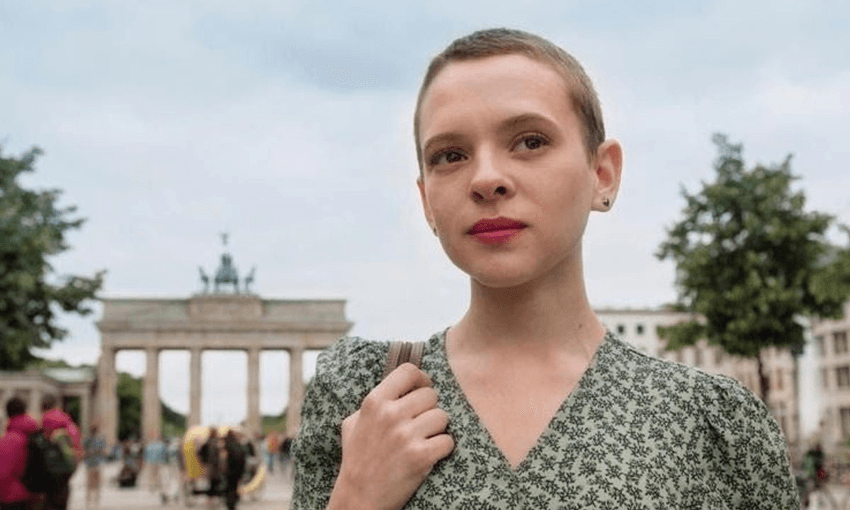 Netflix’s four-part series Unorthodox traces a woman’s escape from a Hasidic Jewish community in Brooklyn. Emily Writes considers the lessons we can all learn from her journey.

There was a moment watching Netflix’s miniseries Unorthodox when I felt like I was actually in Berlin, where much of the show is set. I felt hope and fear, as if I was actually on a journey alongside Unorthodox’s brilliant, complex and heart wrenching protagonist Esty. If that isn’t escapism I don’t know what is. And has there ever been a time when we need escapism more than now?

Unorthodox tells the story of Esther ‘Esty’ Shapiro (Shira Haas). Married as a child, she lives in the specific kind of prison that is a fundamentalist religious community. Hers is an ultra-orthodox Hasidic Jewish community in Williamsburg, Brooklyn, but her story feels true to what we know of young women escaping from fundamentalist Christian groups – like New Zealand’s own Gloriavale or Mormon polygamist sects in US – and from honour killings and slavery sanctioned by religion.

Esty’s story is that of so many women trying to find their own way against almost insurmountable odds. It’s the story of the iron grip religious groups have on young girls, how they chain them with marriage, babies, and abuse.

Yet Unorthodox does what many shows about religious abuse cannot do. It unflinchingly shows the misogyny of belief handed down by men, while also showing the dignity of religious women. It shows the beauty and community in religion as truthfully as it shows the pain religion can inflict on the women who devote their lives to it.

The Hasidic community Esty lives in has similarities to religious communities all over the world. There is song, dancing, love, and a history that separates the community from others in a way that even the most close-minded viewer will understand. There are treasured rituals and traditions that have survived against all odds, despite fears that they’d be lost to the horrors of the Holocaust forever.

One of those rituals is depicted in Unorthodox: Esty’s wedding to her husband Yanky. It’s a scene that is beautiful, visceral and surreal all at the same time, lifting a veil on a world none of us will likely see with our own eyes. A scene set in a mikvah, a pool of water used for purifying rituals, is the same: so painfully private that you don’t want to watch – but can’t look away.

Esty is the TV alter ego of Deborah Feldman, the author of the 2012 memoir Unorthodox: The Scandalous Rejection of My Hasidic Roots. Like Esty, she was married at 17, pregnant at 19. The book details her escape from the Hasidic Satmar group in Williamsburg, Brooklyn, and Unorthodox, the miniseries, is loosely based on her experiences.

Israeli actor Shira Haas is luminous as Esty. It’s almost painful to witness the innocence and bravery that lights up her face as she flashes between child and adult and back again. She could be any young woman seeking freedom, any young woman wanting to find a true life beyond the brutal control of others.

Amit Rahav is infuriating and heartbreaking in equal measure as her husband Yanky, imprisoned by the community in a similar way to Esty, but protected by his place as a man. His cousin Moishe (Jeff Wilbusch), tasked with retrieving Esty and returning her to the community at any cost, is a chilling character, but far more complex than your average one dimensional muscle. Everyone has something to lose; everyone has already lost.

Unorthodox is a testament to the power of the human spirit and to the power of women. It does something that we need right now – it takes us out of our homes and into the world. It encourages us to uplift ourselves, to open our hearts, at a time when our world is getting smaller and smaller until it is the size of a single room.

We’re just lucky that most of us will learn her lessons from the comfort of our own homes, and not through enduring it ourselves.

Unorthodox is streaming on Netflix now.