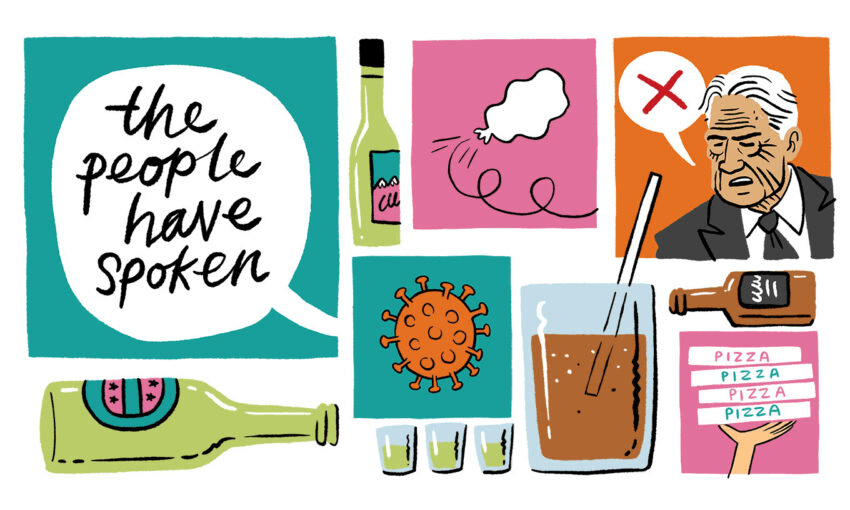 Illustrations: Toby Morris for The Spinoff

Illustrations: Toby Morris for The Spinoff

From 7pm Saturday, the election results will ooze from the pores of democracy. Toast the franchise with our exclusive election night drinking game. It works with Raro, kombucha or something stronger. Repurpose as bingo if that’s what you’re into. Illustrations by Toby Morris.

Take a sip when you hear/see

A rueful but magnanimous tweet from a losing candidate

“Too close to call”

Political. Editor. Saying. Something. Important. In. One. Word. Sentences.

John Campbell exhortation on the role of democracy in society

Any reference to drinking whisky with Winston Peters

Shot of pizza being delivered to party leader

A subtweet about party campaign strategy from a losing candidate

“The Bad Boys of Brexit”

“The people have spoken”

Live cross to Winston hooning on a cheeky dart

A flip of the bird

Simon Bridges with a yak

Walk into the sea

Ashley Bloomfield jumps out of a cake