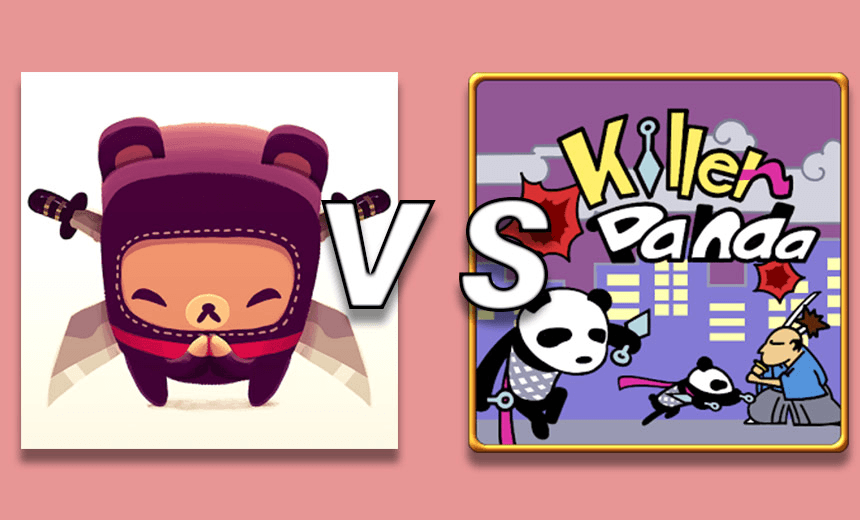 Bears, bears, bears; Joseph Harper’s phone hosts a fight to death between two games based on and around the terrifying caniforms.

Weirdly, I happened to download two games for my phone last week that feature murderous bear-type characters. The first is Killer Panda. It’s an infinite scrolling thing where you jump over very small concrete blocks, slide under signs, and slash enemies to death like crazy. The other is Bushido Bear. You draw lines and a little bear with a sword runs along it and slices enemies up.

The obvious question then is WHICH OF THESE BEAR BATTLER IPHONE GAMES IS SUPERIOR!? (Also, Is a Panda even a bear?)

Killer Panda was made by the genius devs who made the best game of all time (Neko Atsume). It hold the honour of being pretty much the only game my girlfriend has enjoyed playing. If you can appeal to even the most stringent anti-gamer among us, you must be doing something right.

The game is really simple. You play some kind of Panda who is also a ninja. You run through the night is a post-Viewtiful Joe landscape and avoid obstacles, racking up points and filling up this ‘moon meter’ thing. Once the ‘moon meter’ is filled up you go into a panda-core berserker rage and rampage for a little bit. You don’t have to dodge obstacles any more. You just waste everything. It’s actually hard to fill the ‘moon meter’ up so when you manager to go into the berserker rage, it’s quite satisfying.

It was immediately quite fun, but as I continued playing never felt like I was getting better. Thus I stopped playing it after a few days and have no will to revisit it. Neko Atsume, this ain’t.

Bushido Bear makes a star out of its stubby, ninja protagonists. It takes a while to get used to the game mechanics (swiftly rubbing lines using your finger). Playing this reminded me of the parts I hate about Yo-Kai watch. Games like Fruit Ninja are fun because your slashing doesn’t require and hyper-accurate technique. It allows for chubby fingers on a tiny screen. This game is super anal in this regard and if your line-technique is even a little off, you’re screwed. I always enjoy a character unlock feature and I will concede that some of these bears are cute af. But really I couldn’t be stuffed getting beyond the first few bear levels.