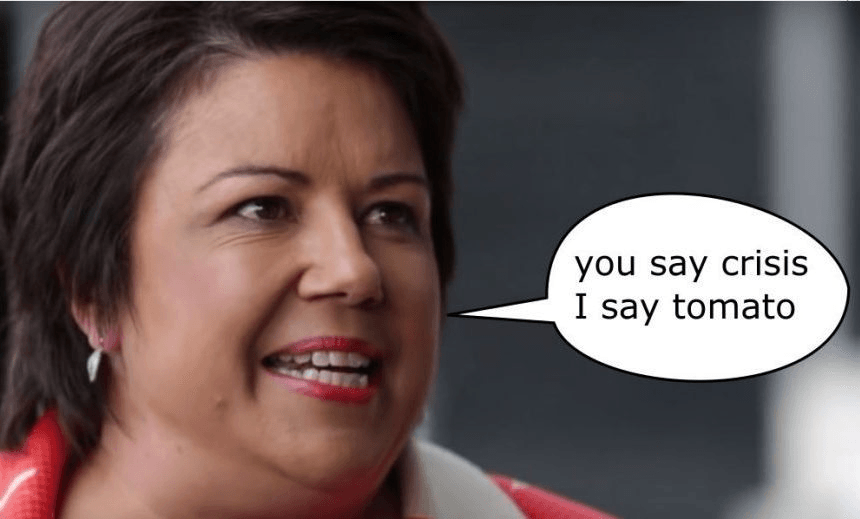 Five months after the infuriating marathon Auckland Council meeting on ‘upzoning’ comes a massive moment for the future of the city and its critical Unitary Plan. Between the two events, housing, and Auckland housing especially, has completely dominated the political agenda

Five months and two days, so the adage goes, is a long time in politics. On February 24 2016, Auckland councillors gathered for an extraordinary meeting to consider objections to “up-zoning” plans for leafy suburbs, which had been shoehorned clumsily into the draft Unitary Plan. It was the one, remember, where young people from the Council’s Youth Advisory Chair and Generation Zero were roundly booed and jeered by portions of the homeowning classes for having the temerity to suggest that unless Auckland embraced higher-density housing in inner city suburbs it was basically telling them and their peers to bugger off and live in another part of the country/world.

It riled the Spinoff’s mild-mannered senior cat-and-mouse correspondent, Hayden Donnell, to the brink of angry-tears:

At the end of last week the central-government-appointed Independent Hearings Panel delivered its recommendations on the Auckland Unitary Plan. The Auckland Council will publish those tomorrow, triggering a fresh round of debate on how to fix housing in the Super City.

Auckland’s housing crisis is many years in the making, but since that eventful February meeting it has gathered steam, in the sense that a runaway train careering towards the lip of a yawning cliff is gathering steam.

To recap, a selection of the noteworthy moments in the Auckland housing debate since that epic, pitchfork-festooned meeting …

The NZ Herald launches an extensive and influential series on the housing situation in Auckland and beyond, “Home Truths”.

The average Auckland house is reported to have become more expensive that the equivalent in Sydney, according to one measure.

John Key floats the idea of a land tax on property owners based abroad.

Newshub’s The Nation airs a track on Auckland’s homelessness problem, showing people living in makeshift accommodation including cars, which sets the news agenda for weeks to come.

The prime minister advises anyone living in a car to go into their local Work and Income office for assistance.

Homeless Aucklanders are reported to be racking up thousands of dollars of debt to Work and Income after being placed in motels owing to a shortage of state housing.

The Labour Party calls for the Auckland urban growth boundary to be abolished, earning backing from the Finance Minister.

Te Puea Marae in Mangere opens its doors to Auckland’s homeless, becoming a focal point for the issue, and perceived failures of officialdom to deal with the problem.

Social housing minister Paula Bennett says there is no housing crisis in New Zealand, while the Salvation Army says the situation is worse than it has seen before.

On the eve of the budget, Paula Bennett announces a $5,000 grant for those seeking social housing to leave Auckland, but fails to forewarn the finance minister she’ll be doing so.

Paula Bennet comes under fire after the Salvation Army says her claims it joined the MSD on a “flying squad” knocking on cars with people living in them were untrue.

BNZ joins ANZ and Westpac in announcing it will no longer lend to foreign house buyers.

Paula Bennett apologises to Te Puea Marae chairman Hurimoana Dennis, who is also a senior police officer, after one of her staff leaked information he was under police investigation to a journalist.

Former chief Reserve Bank economist Arthur Grimes says the Auckland housing crisis is so severe the state should flood the Auckland market with 150,000 homes and aim for a 40% crash in prices.

The prime minister sends a barbed message to the Reserve Bank, suggesting it should beef up restrictions on lending to help curb house price inflation.

The prime minister says it’s not a housing crisis, it’s a housing challenge.

The Reserve Bank and the government get in a bit of a row about the impact of immigration on Auckland’s housing (non-)crisis.

The government gets in a muddle as it U-turns on the Housing NZ dividend.

Auckland housing affordability is reported to be leading to a shortage of primary school teachers in the city.

Just a few months out from council elections, the government-appointed Independent Panel reports back on the Unitary Plan. (And the Spinoff launches a special pop-up site on the future of Auckland…)