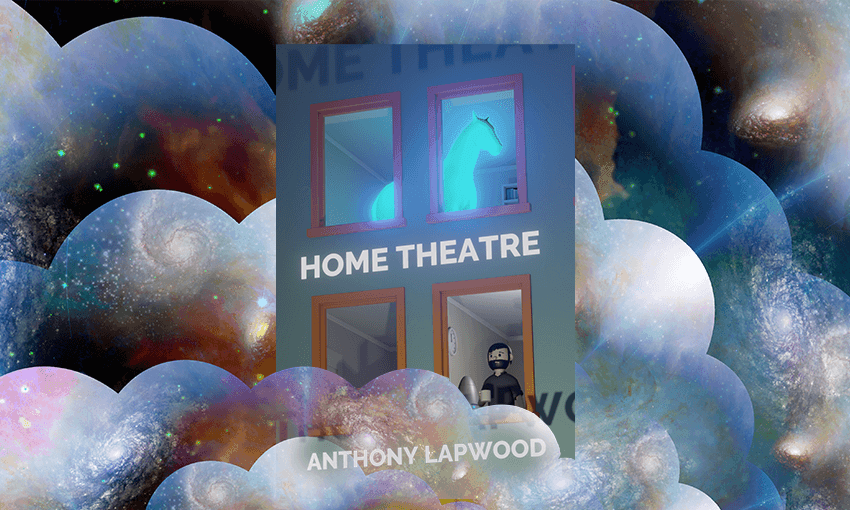 The Unity Books bestseller chart for the week ending 3 June

Top spot for the top dog. Kurangaituku won the Jann Medlicott Acorn Prize for Fiction at the Ockhams a few weeks ago, and with it $60,000. We were thrilled to tiny little bits and pieces.

New writing from Rebecca K Reilly, who won the Crystal Arts Trust Best First Book Award at those same fair Ockhams, was published on The Spinoff last weekend. An excerpt from The Sunday Essay, about growing up watching Shortland Street:

“My favourite storylines have always been the extremely loose ones that came out of nowhere. In a hospital soap, you can expect a lot of mysterious diseases, explosions, stealing drugs and relationships with inappropriate power imbalances. What you don’t expect is a storyline about cybercrime or someone making a sculpture of a dick out of their own frozen piss for a high school art class, and then that same character later going on to temporarily blind their own mother after exploding the family home cooking meth.”

Mammy was a werewolf, it only took one sip of drink to change her.

Noelle McCarthy’s new, local memoir about her recovery from alcoholism, the birth of her daughter, and the death of her mother. We gave it a double thumbs-up.

Homeless Brooklyn resident Dasani is invisible no longer, after featuring on the front page of The New York Times for five days straight in 2013. Andrea Elliott followed Dasani and her family for eight years, and has now turned her feature articles into a book.

Have you read that subtitle? Wowee. We’re glad we aren’t Bill Browder.

6  The Priory of the Orange Tree by Samantha Shannon (Bloomsbury, $22)

A stand-alone fantasy novel from the author of The Bone Season series, which Shannon describes as a “feminist retelling of Saint George and the Dragon.” It’s not even her newest work – The Priory of the Orange Tree was released in 2019, and since then there have been two more novels, bringing her total bibliography to eight – because 30-year-old Samantha Shannon was born to make us feel unproductive.

A gorgeous illustrated non-fiction book that would happily belong on every coffee table in Tāmaki Makaurau.

8  Ikigai: The Japanese Secret to a Long and Happy Life by Francesc Miralles and Hector Garcia (Hutchinson, $30)

Ikigai is a bestselling favourite from 2016, returned to warm our spiritual cockles as we edge into winter. Here’s a taster: “When we visited Ogimi, the Village of Longevity, we discovered that even people over eighty and ninety years old are still highly active. They don’t stay at home looking out the window or reading the newspaper. Ogimi’s residents walk a lot, do karaoke with their neighbours, get up early in the morning, and, as soon as they’ve had breakfast—or even before—head outside to weed their gardens. They don’t go to the gym or exercise intensely, but they almost never stop moving in the course of their daily routines.”

Well then, it’s time to pick up the karaoke mic and a pottle of seedlings.

Want more? Lucky for you! There’s an entire book.

Omani writer Jokha Alharthi won the International Booker Prize in 2019 for the brilliant Celestial Bodies. Bitter Orange Trees is her new novel, about an Omani student studying at a British university and being torn between assimilating to her new home and ruminating on her past.

We love it when new local fiction tops the charts! Here’s a hugely enticing summary from the publisher:

Welcome to the Repertory Apartments—where scenes of tenderness and trouble, music and magic, the uncanny and the macabre play out on intimate stages.

A mother and her young son battle an infestation of ants. A bass player is beset by equine hallucinations. A widow seeks a new home with a spare room for guests. A radio factory foreman intercepts queer broadcasts from the future.

And a time-traveller stranded in a distant corner of the multiverse tries to find his way home.

Moving between the early 20th century and the modern day, this genre-bending collection, spanning the fantastical and the keenly real, introduces an ensemble of remarkable characters—and the fateful building that connects them all.

Walk your way around Welly with a chatty and informative guide. Best part? You can say “Shhhhh” and simply close the book without hurting any feelings once you’ve had enoug.

Claire Mabey just wrote a smashing review of Brannavan’s latest novel, where she describes Slow Down, You’re Here as a “domestic hellscape”. Here’s an excerpt to get your reader’s brain drooling:

“This novel presses a deft finger on the ‘what if’ button on the dashboard of daily life until your adrenal glands are in overdrive. Because there is nothing slow about Slow Down, You’re Here. Its terrific pace is a result of its sleek structure. The action unfolds over 57 short scenes, some just two pages long, that alternate between two primary locations: a family home in Onehunga, Auckland where two little kids are trying to fend for themselves; and an Airbnb in Oneroa, Waiheke Island where their mother, Kavita, is on a sexy, secret getaway with an old flame from her uni days. Through this setup the mundane details of domesticity are flipped, one accident, one decision after another, until we’re neck deep in a thriller that is unerring in its gaze and breathtakingly assured in its ability to show just how precarious our world really is.”

This new little number from BWB has become a fixture on the bestsellers over the past few weeks, and for now has even toppled its hot-shot brethren, Imagining Decolonisation.

Te Papa has just opened a major, free-entry exhibition featuring more than 50 portraits and landscapes from Robin White’s career, and there’s a lovely hardback of over 150 works to go alongside it. Don’t fret, Aucklanders – the exhibition heads to the Big Smoke in late October.

The first short story collection by Maria Samuela. Audrey Brown-Pereira wrote a praise-ful review, describing the work as “intimate, beautifully-crafted stories of first and second generation Cook Islanders living in New Zealand since the 1950s.” Give it a nudge.

The bread and butter of the bestsellers.

10  Aroha: Māori Wisdom for a Contented Life Lived in Harmony with our Planet by Hinemoa Elder (Penguin Random House, $30)

It’s back! Aroha dominated the bestsellers last year and was sprinkled with stardust by Oprah, but it’s been away on sabbatical for a few months – until now. Pick up a copy and enjoy a pinch of wisdom with your morning coffee.