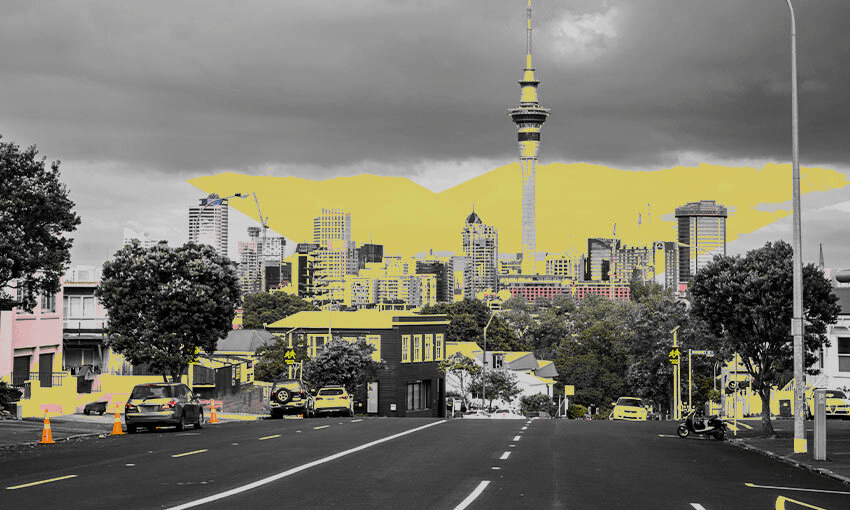 Why are there barely any new Auckland locations of interest?

The last few days have seen just a handful of new sites listed by the Ministry of Health in the city across which delta has spread, while dozens are posted for Waikato and Northland.

Update: Friday November 5. The Ministry of Health have responded today explaining why their “approach has shifted”. The response has been added to the end of this article.

For journalists, concerned citizens and assorted other tragics, the Ministry of Health’s Locations of Interest page has become a regular part of the Covid click carousel. Check the news sites. Check the case numbers. Check social media. And check the list of potential exposure sites. In recent days, however, something has changed: the newly listed locations of interest in Auckland have dried up to almost nothing.

As of noon today, there had been 36 fresh locations listed by the Ministry of Health since Monday. Most are in Waikato. Many are in Northland. A grand total of four of them – two Pak n Saves, a Four Square in Parakai and a Bunnings in Silverdale – are in Auckland, New Zealand’s delta hotbed.

Sadly, it’s not that the outbreak in Tāmaki Makaurau has spontaneously melted away. On the contrary: there were 360 new cases of Covid-19 in Auckland reported between Monday and Wednesday.

The number of people who have been “infectious in the community” – that is, created potential exposure events while infectious – is fairly stable, as the chart below (which covers the country as a whole) indicates.

It’s good that curve isn’t sloping skyward. But it doesn’t explain why Auckland locations of interest should have plummeted.

The first and most obvious thing to say is that the, you know, assiduousness applied to every case outside the Auckland border is different. The strategy beyond Auckland, at least for the time being, is elimination. The risks to Auckland from one undetected new positive case are small when compared with the risks presented to Christchurch or Te Awamutu or Kaitaia. So it’s little wonder that contact tracing interviews with new cases in those parts of the country are being prioritised.

Part of it can be explained, too, by a general change in strategy. As the director general of health put it last week, authorities “continue to evolve the way we use the contact tracing system”. That reflects the shift from the elimination strategy, the jump in unlinked cases that brought about the abandonment of “subcluster” tracking, adding vaccination status to the assessment mix, and asking positive cases and their contacts to isolate at home rather than moving to a quarantine facility.

More than 11 weeks into the outbreak, meanwhile, there’s growing evidence about which contacts are more critical than others. The risks of standing behind a Covid-positive person at a Henderson click and collect, it seems, are vanishingly small. “We’ve looked very carefully at where transmission has happened,” said Bloomfield on Thursday, “and it’s almost entirely been within close contact settings, largely in the home but also in close contacts within workplaces.” For the most part, contact tracers are able to get in touch with those close contacts directly, so there’s no need to list them publicly.

That may explain much of the shift. But it doesn’t explain why the Auckland locations of interest ground sharply and almost completely to a halt at the weekend. What gives?

“It’s a tough one,” said Andrew Chen, research fellow at Koi Tū, the Centre for Informed Futures at the University of Auckland.

“The simplest answer that I can give is it appears to be a matter of prioritisation. We need to direct our resources where we can.” In Auckland, he said, “We are now in a position where we have to accept there will be cases in the community that we will miss. That there will be contacts in the community that we will miss. And we won’t be able to isolate all the people that need to be isolated.”

And it’s not as simple as automatically throwing any locations of QR codes scanned on the Covid Tracer app up on the site, he said. There are human steps and assessments involved before doing that.

Nevertheless, said Chen, better use could be made of the app’s Bluetooth tracing functionality, which can identify when you’ve been in proximity of someone who later tests positive. “We’re still not entirely clear on why the number of keys that are being uploaded to the Ministry of Health servers are still well below the number of people who are testing positive. That should be a mechanism that is more automated. It doesn’t rely on people checking a list of locations of interest. It doesn’t rely on people scanning QR codes or being willing to give their locations to a contact tracer. So if we’re saying the QR based location approach is too labour intensive, then we should be making more use of this more automated method.”

What it doesn’t mean is that anyone has “given up” on the approach. It was unlikely the this meant the end of Auckland locations of interest being published, said Chen. They might have “dropped off a cliff” in the last few days, but “I’m sure with a little bit of media attention, suddenly next week we’ll see more locations of interest again. It’s push and pull,” he said.

“I suspect there is a backlog. I suspect they are experiencing capacity issues. To my knowledge there has not been a concerted strategy change in the last couple of days.”

The last thing the evaporation of location listing in Auckland should do is send a message that the tracer app needn’t be used any longer, Chen stressed. “You should still keep track of where you’ve been … That information will help protect the people around you.”

The Ministry of Health has been approached for comment.

Update, 2pm, Friday November 5. The Ministry of Health has responded as follows: “Given the number of new and active community cases of Covid-19 in Auckland, our approach has shifted from listing every location of interest to focusing on high-risk events. These are exposures where there are likely to be close contacts of a positive case. Low risk exposure events, such as drive-throughs or supermarkets, are no longer being reported as locations of interest because the public health risk is very low.

“We will continue to publish higher risk, close contact exposure events in public spaces when they occur, such as gyms, indoor recreation centres and movie theatres. Work is also under way on an improved map function which will make it easier to see hotspots in specific areas. We expect this will be live later this month. We’ll continue to publish casual exposure events in other parts of New Zealand because there are currently much fewer of these.

“It’s very important that everyone – regardless of where they are in the country – continues to keep a record of where they have been. Ideally, use the Covid Tracer App, as it helps to fast-track our ability to contact trace and respond to high-risk events.”