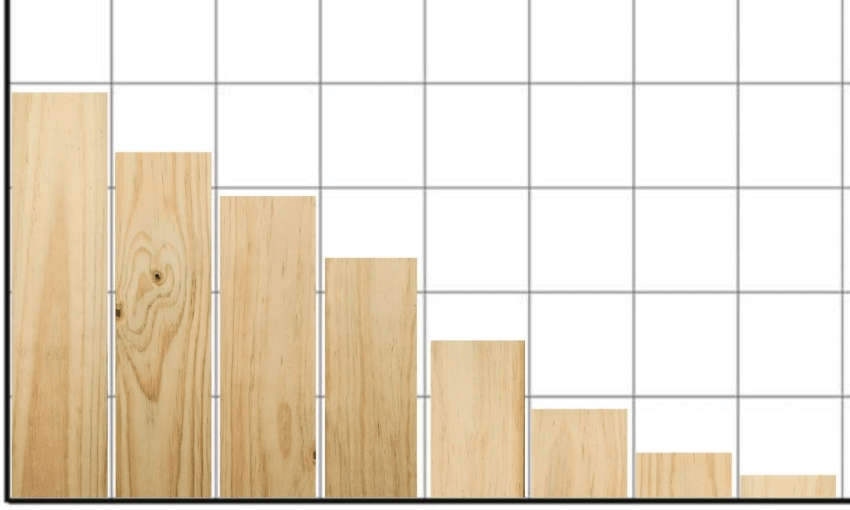 Construction jobs are getting bogged down in delays due to a lack of timber and other building supplies. Alex Braae reports.

With the government considering an inquiry into the chronic shortage of timber and potentially even export controls, builders are speaking out about how difficult construction is right now.

It is seen as one of the biggest handbrakes on the ambitious building programme needed to alleviate the housing crisis, which is fundamentally being driven by a lack of housing supply.

Jono Kraenzlin is a project manager at JCC Build in Hamilton, and said the situation is unlike anything he’s seen in 18 years in the industry.

“Things that you’d order a week in advance, two weeks in advance, you have to order three months in advance, with no guarantees that you’re going to get them. And that’s just the start of it,” said Kraenzlin.

“Some products we’re getting ETAs of mid-2022 at the bare minimum, with no guarantee. It’s a massive problem and a growing problem – it seems to be a new product added to the list every week.”

The products in short supply include some of the basics of residential building but also some of the products being used to replace them. Kraenzlin said fibre cement and plywood products are currently hard to find. As well as that, supply of different timber sizes is inconsistent. “You can get 4×2, but you can’t get 3×2,” he said.

Kraenzlin said building companies, which generally secure materials through trade accounts with big supply companies, are currently facing a need to stockpile, with several supply firms not taking on new customers. As well as that, he said supply firms are “protecting” their top customers and their orders.

Multiple companies aren’t taking on new trade accounts this year at a minimum, which is completely different “compared to, say, six months ago when you’d have reps knocking on your door”. The stockpiling is contributing to panic in the industry, said Kraenzlin.

But for Phil Howat, a builder at Riot Design in Auckland, the sort of work he gets contracted for means stockpiling isn’t really an option. Riot uses timber to design and build for events and store activations, with short turnarounds and timeframes. “It’s kind of like you’re in on a Monday and out on a Thursday,” he said.

Howat said earlier this week, his company was short a single piece of 3×2, and went to Bunnings only to find “they had nothing, zero”.

“The next day I went to pick up some ply… and I got the last six sheets of V-groove ply, and then I wanted some CD-treated ply and they pretty much had nothing.

“I know companies that have seen this coming and spent 10 grand on ply, you know? But we don’t have the ability to purchase that or store it,” said Howat.

The effects of this are severe for companies that make their living from construction, because generally payment is made on completion of a job. “If they can’t finish the job, they can’t get paid, so there’s a lot of pressure,” said Kraenzlin.

“I think the bigger issue would be a work shortage as we need the materials to keep our staff busy,” he added.

On the question of an export ban, Kraenzlin was supportive, but said a bigger issue was local manufacturing to ensure supply, as much of the timber used in New Zealand construction isn’t processed inside the country.

For example, last year manufacturer James Hardie shifted fibre board production to Australia. And supply chains for everything are currently terribly stretched, with massive shipping delays being seen around the world.

Earlier this week it was reportedly being considered by the government. However, in another report this morning minister Poto Williams appeared to rule such a move out. Williams noted the government has signalled buildings supplies will be the subject of a Commerce Commission market study.

New Zealand’s forestry industry is heavily dependent on exports for China, where high prices for timber have driven international prices up markedly. Some other countries have started putting export bans in place to sidestep this, but that in turn brings its own problems, including potentially artificially driving down log values for foresters.

Howat believes the crisis in building supplies is a clear and disappointing signal that planning has been lacking to deal with impending demand. “And isn’t that just New Zealand in its entirety?” he mused.

“It destroys me sometimes living here, how backwards we are with this,” he said, saying the industry needed to now change rapidly how building takes place. “I think it’s going to hurt us [in the] long run if we continue on this trajectory of how we build.

“It’s always this ideology of catch-up, or we’ll fake it to make it,” said Howat. “It nearly comes down to that age old saying of yeah, she’ll be right. But nah, she fucking won’t.”