With the pandemic pushing blockbuster releases and shutting audiences indoors with their streaming services, movie theatres have had to innovate to survive.

Across the country, cinemas are struggling. Lockdowns have led to brutal revenue loss and downsizing, changing alert levels and general anxiety about catching Covid-19 have meant fewer bums on seats, and the global postponement of big ticket titles like No Time to Die have left cinema schedules both shaken and stirred. All the while, audiences have fused to their own couches, thanks to affordable streaming services offering more content than you could watch in a lifetime.

But, as some cinema owners have found, the lack of blockbuster titles sapping up session times has also made space for creativity, innovation and experimentation. Here are 10 things that our local cinemas are doing to bring the audiences – and the magic – back to the movies.

Faced with a major disruption to film supply and an audience used to having hundreds of films at their fingertips, Nick Paris of Lumiere Cinemas in Christchurch decided to diversify their programming slate dramatically post-Covid. “People have so much choice now in streaming catalogues. While they are swiping left and right like they are looking for a Tinder date, I am going down the same route, providing choice and not screening so many sessions of each film,” he says.

The Lumiere is currently screening 24 different films a week, from independent films to documentaries, cult films and foreign films from a range of eras. “I’d like to think everyone is catered for in there somewhere,” says Paris. “I see it like a 365 day-a-year film festival.”

Roger Wylie, co-owner of Auckland’s The Capitol, saw the dearth of new releases as a chance to use the cinema space for something completely new. He connected with the London-based company Pitch Black Playback, who specialise in immersive audio experiences, and held their first event last month. Offered blindfolds on arrival, cinema patrons then sat in the darkness of the cinema and listened to Tame Impala’s ‘The Slow Rush’ from start to finish.

“Cinemas have some of the best quality sound systems you can get, and you just can’t really replicate that in your own home unless you’ve got a really expensive set-up,” Wylie explains. “People also don’t listen to full albums any more, so to actually sit with an eye mask on in a completely dark cinema and listen to a whole album is kind of a new experience.” The session was extremely well attended, with Lana Del Rey’s ‘Norman Fucking Rockwell!’ playing June 16. 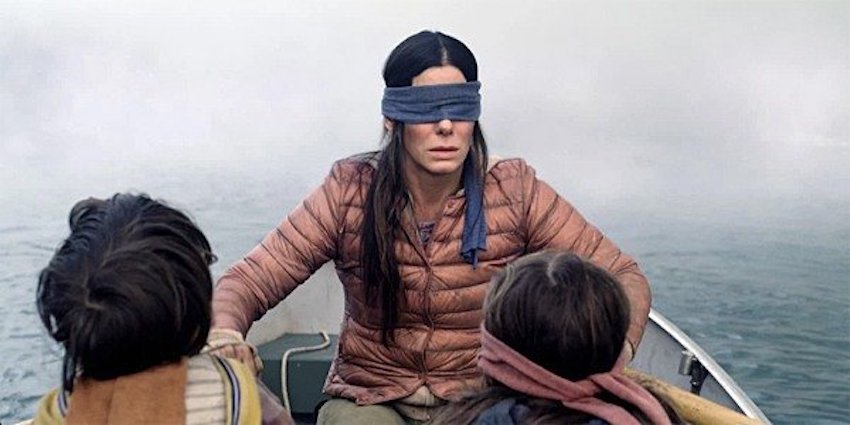 Matthew Timpson from The Hollywood in Auckland has doubled down on its embrace of retro film screenings as a way of getting people out of the house. A recent screening of The NeverEnding Story (1984) saw a full house of 400 people turn up on a Sunday afternoon, although he admits some of the rarer and more obscure retro offerings will pull in a much smaller crowd. Regardless, every screening is paired with a half-hour pre-show of 35mm trailers from the same year of release. “There’s a lot of elements and effort, but it’s a real passion project,” says Timpson.

Across town at The Capitol, their retro Hitchcock programming has had “phenomenal numbers”, with Wylie noticing a new demographic coming through the doors. “The beautiful thing is that a lot of these films are finding a whole new, younger audience who have only ever experienced these films on streaming platforms, so it’s been really invigorating to see a different age group coming through the cinema and celebrating these films properly on the big screen.”

The multiplex chain Reading, which has franchises across the country, introduced a new cinema package for gamers in June last year. For $250, you and nine other friends can book out a cinema to “take your gaming to the next level”. All you have to do is provide your favourite console and games. Reading did not respond to requests for comment, but with over 503 comments on the initial Facebook post and multiple mentions of a FIFA tournament, it appears to have at least grabbed people’s attention across the country.

Nothing on Netflix compares to being pelted with rice while several hundred people yell at poor Janet from The Rocky Horror Picture Show, or swish Scotchkas around while Jonny slurs through his drunken “I’m tired, I’m wasted” monologue in The Room. Cult screenings at independent theatres like The Hollywood have been a lifeline post-lockdown, with Timpson barely having to advertise to sell out a Friday night session. “The Room is still crazy, we basically just have to make a Facebook event and it fills up every time. With Rocky Horror, we could be playing it every week but I still prefer to keep it once every few months.” 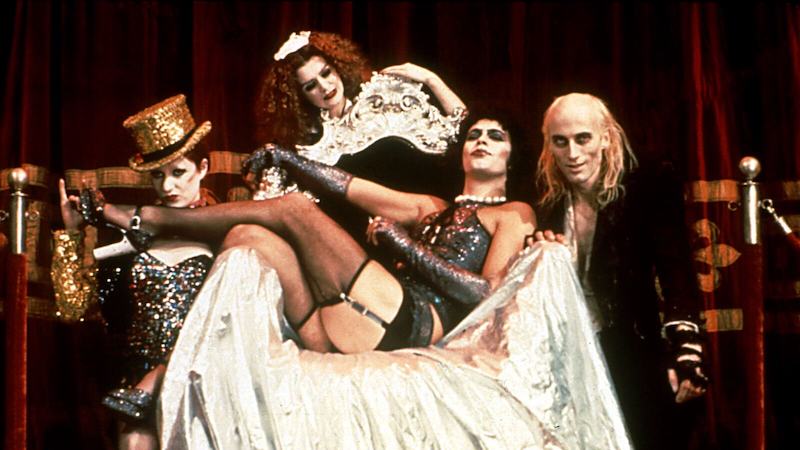 Tim Curry takes his seat at The Hollywood

Wellington’s The Roxy Cinema took lockdown as an opportunity to create new ways to use the space, leading to the launch of Roxy Live. “We really see ourselves as a community hub where people come together,” says manager Susie McWilliams. “We do all these different things like live comedy, or we’re a part of the jazz festival so we’ve got a swing band coming in. We’ve done a masterclass on how to make rum cocktails – just really trying to think of all these different ways to bring in people that’s not just necessarily in front of the big screen.”

At The Hollywood, putting on live gigs has been an essential part of the business. “When we first bought it we changed it up so it was able to be multi-purpose and host concerts as well,” says Timpson. “You can take the seats out, move the screen back, and then there’s a stage for bands and stuff.” In the past year the cinema has hosted musical acts such as Marlon Williams, Nadia Reid, Don McGlashan and many more. “That’s honestly how we’ve survived, being able to put on music shows. Movies are more the passion part of it.”

Hiring out spaces for birthday parties, weddings, commercial shoots and even corporate conferences has become a crucial way for many independent cinemas to keep the lights on. The Capitol often plays host to industry functions for the likes of TVNZ, SPP, and Three, whereas the historic interior of The Hollywood has made it a prime filming location for TV advertisements and local crime series The Brokenwood Mysteries. In Wellington, the Roxy made a large investment in their technology to also function as a corporate space that can host Zoom Q&As on screen, and is playing host to several large conferences this year.

From the people who brought you an edibles session of Cats right before the pandemic, it’s hardly a surprise that The Hollywood has continued to dream up new and surprising ways to immerse their audience in whatever film they are watching. Last October their Halloween-themed “Horrorwood” film festival featured a special “4D Fog-o-rama” screening of The Fog. “We hired a dry ice machine and had heaps of live elements like lights and actors and stuff,” says Timpson. “That was pretty fun.” Their next buzzy screening is a series of sessions of Night of the Living Dead, complete with live on stage foley artistry from Leon Radjikovic. 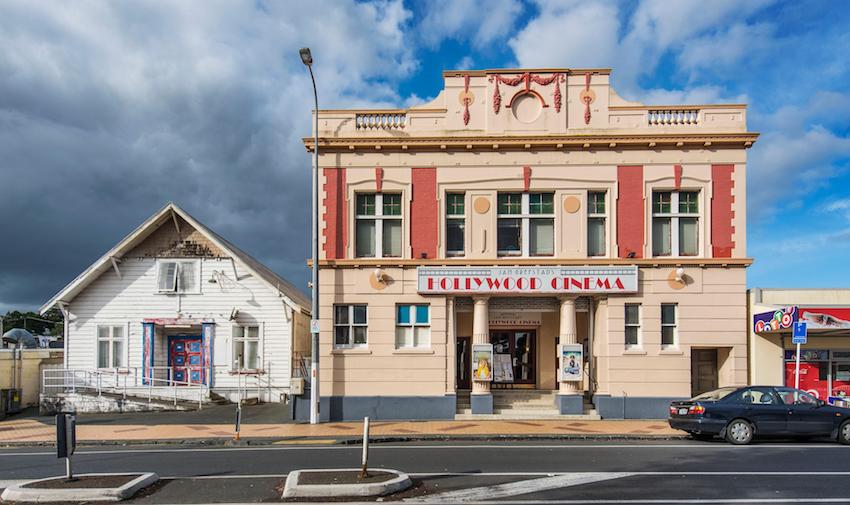 During lockdown, several cinemas launched their own membership programmes and online streaming services. “We were quite aware that people had developed some new habits and would be used to streaming at home,” says Susie McWilliams from The Roxy, “so we wanted to keep ourselves relevant and future-proof ourselves should we ever need to go into another lockdown. To be honest, most of the money goes to the distributors, but it’s mostly just to keep people thinking about us.”

A membership programme at The Hollywood “exploded” out of lockdown, says Timpson, but has since slowed down dramatically. $30 a year sees member benefits including $12 movie tickets, access to special screenings, a free trial of horror streaming service Shudder and a bespoke membership card that includes a one-off strip of 35mm film.

If your idea of gourmet is a little more than a choc top with nuts, Roxy’s “Eat The Film” event provides surprise cocktails and food to the audience throughout the film, each catered to a different scene or moment. “We’ve only managed to do one post-lockdown because we’ve had to scale back a bit with our staff and those are quite staff-heavy events,” says McWilliams. “But it’s pretty special – we don’t know anyone else who does anything like it. A screening of The Big Lebowski, complete with White Russians and cheeseburgers, sold out in August last year.

At Christchurch’s Lumiere Cinemas, Nick Paris has noticed audiences are coming out less, but spending more on food and drink when they do. “People are eating kilograms of good quality chocolate and drinking litres of good quality wine. Especially in Christchurch, people want to treat themselves after everything we’ve been through. There’s still those that haven’t come out of their cocoon yet who are all Uber Eats and Netflix, but we will get them back eventually.

“At the end of the day, everyone wants a special night out with a little point of difference, and that’s the magic we are trying to provide.”