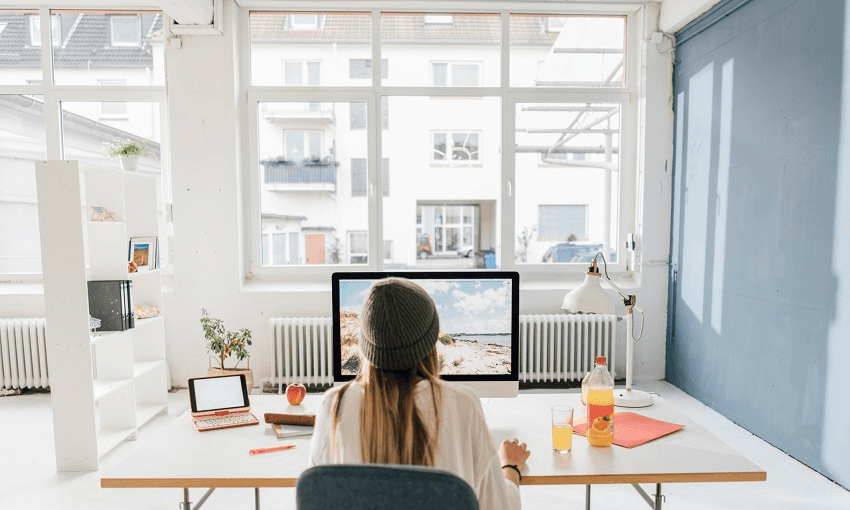 The job platform for freelancers that let businesses come to you

Every week on The Primer we ask a local business or product to introduce themselves in eight simple takes. This week we talk to Erin Harrison, founder of The Freelance Village.

ONE: How did The Freelance Village start and what was the inspiration behind it?

I’ve been a freelance writer on-and-off for over 10 years and what I found while doing it was that there was nowhere to connect with other people doing the same thing. Fast forward a few years and I actually had quite a few other friends who were freelancers. Although there were websites such as Freelancer.com and Upwork.com, it just didn’t seem to work for us down here in New Zealand. Platforms like that also encourage people to lower their prices to get work, which isn’t an ideal situation for anyone!

There also seemed to be (and still is) a distinct lack of confidence among New Zealand businesses when it comes to hiring freelancers. The two main ‘risks’ associated with this being cost and also not knowing whether they’ll get the results that they’re looking for.

So anyway, I couldn’t sleep one night as this idea started to roll around my head. The next day I approached a good friend who’s a freelance designer and we began to work on the site together. I also spoke to my friends who were freelancers and they were keen to get on board with the venture. The inspiration was to remove the barriers for businesses to hire freelancers if they had a need, and to showcase professionals right around the country who were good at what they did (with the portfolio to prove it).

TWO: Was there any interest/experience in business or entrepreneurship prior to starting The Freelance Village?

Just my own enthusiasm for being a freelancer, and effectively having to network, market and promote myself in order to get work, which is something that I quite enjoy – it’s almost like going fishing, and a great feeling when you ‘reel’ someone in! I’ve also always been interested in people, the way businesses work, and HR in general – dabbling in some work in this area here and there.

THREE: What sorts of jobs/industries do you focus on? Do you charge freelancers and/or businesses to make a listing? (if not, what’s the business’ primary source of revenue?)

There are no specific jobs or industries that we’re focused on, but it seems to be that a lot of freelancers are ‘creatives’ – writers, designers, photographers etc. Things that lend themselves to be done remotely. But then we also have virtual assistants, strategists, product stylists and even a researcher.

There’s no cost for freelancers and/or businesses because asking for money or a subscription is when this type of thing generally falls over. Especially if you ask for a fee before being able to prove that you can provide what’s needed. I knew there needed to be quite a few years of building its exposure before even thinking about money.  And really, it’s not what it’s about right now.

FOUR: What requirements are there to sign up as a freelancer? What about as a business?

Businesses don’t need to sign up – they can just contact freelancers direct from the site. Or sometimes they message us to ask if there’s anyone that fits their requirements.

For freelancers, they have to fill out a form on the website and we’ll have a look at their background/experience to check there’s enough to showcase them to businesses. It’s important that we have a high calibre of freelancers on the website. Otherwise, it could easily miss the mark of what it is aiming to achieve.

FIVE:  What makes The Freelance Village different from other platforms of its kind, such as job listings boards or Facebook community groups?

It’s different because there’s no cost. What I’ve also found is that when a business does advertise on a job board, they’re inundated with applications, even if it’s just for a one-off project. It makes it difficult for them to get started and can also be very overwhelming. So this way, a business can view the profiles of all our ‘villagers’ and choose a couple they think would be the right fit. Having a lot of professionals in one place also saves all that Google searching!

Behind the scenes, The Freelance Village also provides all of our freelancers with a place to ask for advice, share thoughts, off-load jobs when things get busy, and generally have support from others who are in the same position. It’s about camaraderie instead of seeing each other as the competition. Because really, there’s enough work out there for everyone.

SIX: What happens after a freelancer and business match up? Does The Freelance Village make any commissions from successful partnerships?

Nope, no money changes hands. We’ve had many successful business and freelancer matchups and they all just carry on their merry way doing their thing. It’s great! And just how it should be.

At the moment it’s just about getting more exposure for the brand and act as a voice for freelancers in general. I think if it was to scale any further, it would require some kind of investment or financial support. Of course, there are plenty of ways to grow it, but ‘softly softly’ seems to be working well right now. We just had our biggest month with more than 800 new visitors to the site. We’ve had so many freelancers wanting to sign up that we’ve had to put a hold on new profiles for a while. We just hit 70, and it could easily be 100 in a month or two.

The thing is, there are so many amazing New Zealand businesses just doing their thing. So I couldn’t name just one. I admire businesses who forge their own path and do it for the love of it. I also really admire people who are makers/builders/creators – that takes so much talent.