The finance minister’s tie hints at what kind of budget is to come. We asked menswear expert Murray Crane to help us rate the ties of budgets past.

Few people know what’s coming on budget day. Some pundits try to guess at the outcome using new-fangled techniques like “being up with current events” or “reading history books”. There is another way: cravatomancy. The colour and pattern of a finance minister’s tie can be an omen of what is to come. Stripes of green, spending’s obscene. Spots instead, the books are red.

It’s a delicate art, and one that requires a trained eye. We asked the founder and director of tailoring and menswear store Crane Brothers, Murray Crane, to cast his expert eye over the ties of budgets past. His analysis is combined with ours to produce a definitive list of tie portents you can look for when Grant Robertson takes the stage today. 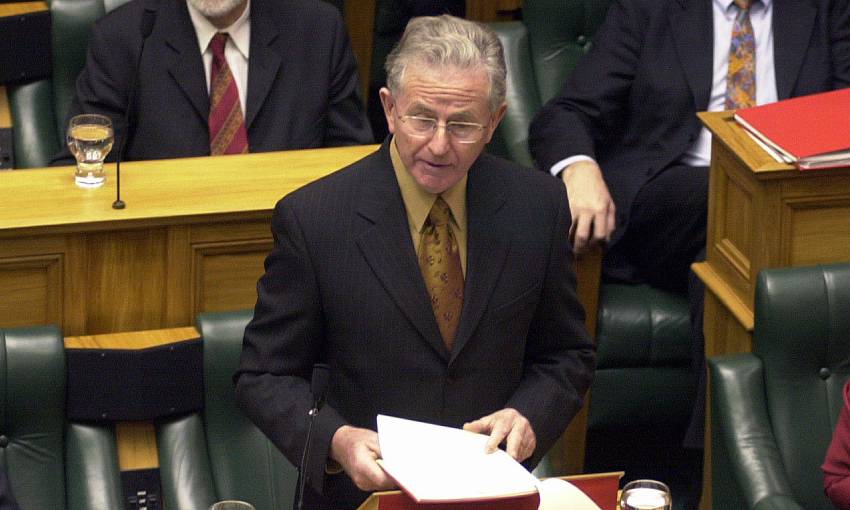 “Michael Cullen looks like he is still stuck in the 1970s but not in a good way,” says Crane. “He’s thinking big in all the wrong ways.” Cullen’s usually a sharp dresser, but this specific dark mustard yellow was a throwback even in 2001. The budget he announced was all about funding education and business. These are not new ideas, but they’re fine ones. 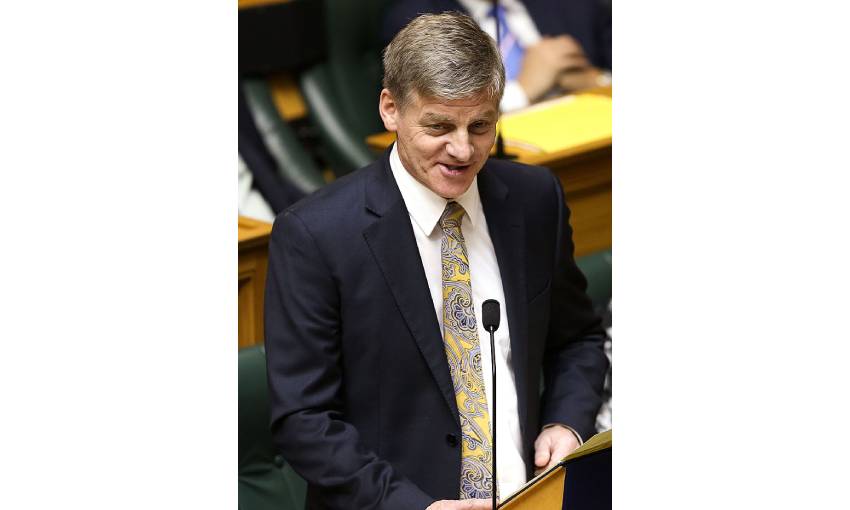 Is that paisley? “Too much frivolity,” says Crane. “Needing to turn the dial down.” English certainly looks full of frivolous spirit here as he announces $52 million is being assigned to develop spare Crown land in Auckland for residential housing. Same problem, different year. Two ties in we can deduce that yellow means whatever problem the budget is meant to address will not be solved. 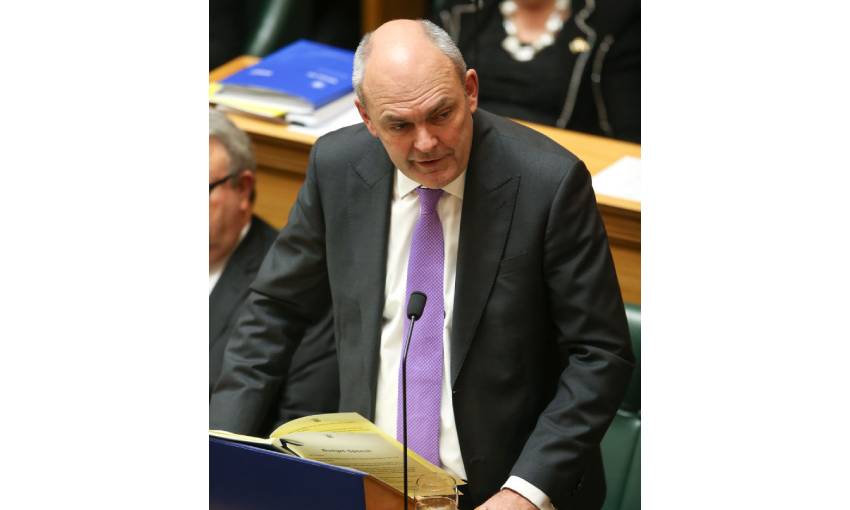 “Boring and relatively short-lived as a look – probably needs to be changed. Same goes for the tie.” Ouch, Crane burn! A tie that needs disappearing means tax cuts. “Must have been a shocker,” says Crane. “I was almost as startled as Helen Clark looks when I saw this.” Yellow means “same old problem” (in this case, incentivising economic growth), and the crisscross pattern means “new approach” (cutting business tax rates, compulsory payments to worker pension funds). They say to “dress for success”, but this is more of a “dress for distress” – two years in a row! Yes, English is wearing exactly the same outfit. Even his hair is the same. He’s a man of consistency, whether he’s declaring tax cuts across the board or the $5.5 billion Canterbury Earthquake Recovery Fund. This tie says more about Bill English than the budget.

“Rinse and repeat,” says Crane. This might not be a bad thing: he rated this tie higher than many others. 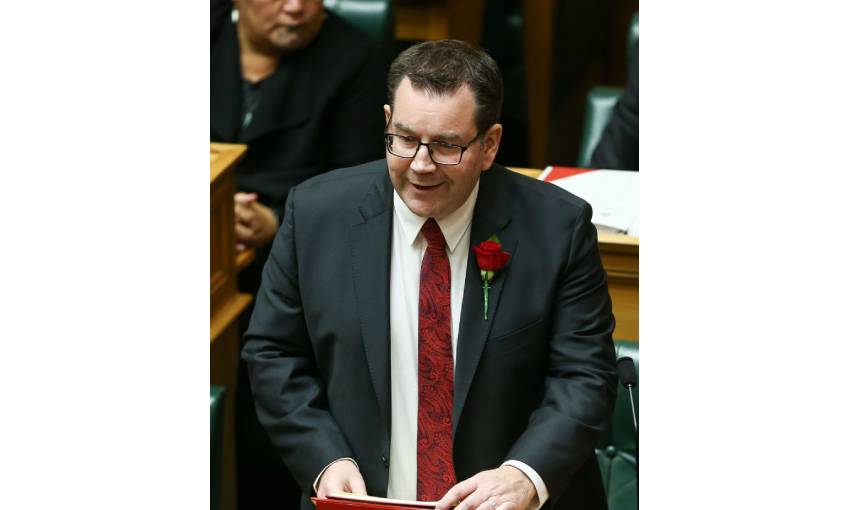 “Red roses mean passion and sacrifice,” says Crane. “Never great symbolism when it comes to fiscal policy.” This was Grant Robertson’s first time delivering the budget. Look at how young he is. The gentle blood-like pattern on his tie was a portent of large investment in the health sector. Oh boy, if only he knew what was to come in 2020. 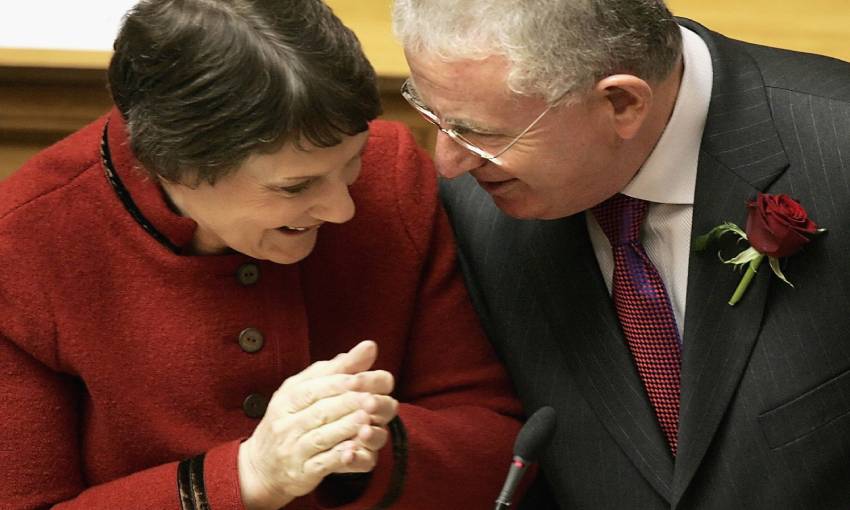 Crane is warming to the ties now. “Slightly improved, with a more tonal approach and nice nod to his ideology,” he says. Cullen’s muted red tie has a tasteful, almost holographic finish. The gleam of it reflects the surpluses he was about to announce. A shiny tie is a fantastic omen. 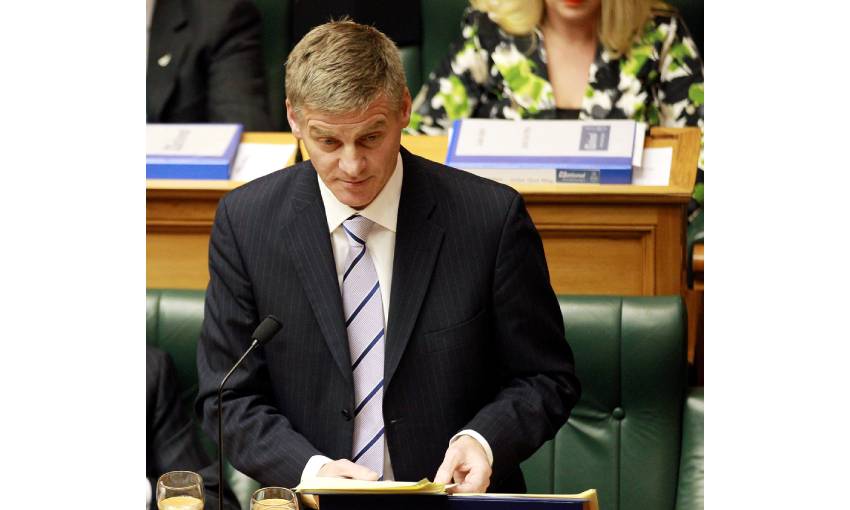 “Almost good,” says Crane. “Easier to read between the lines, which is always important with a budget.” Here the thin, sparse blue stripes tell us the budget will have a broad focus, achieved with small changes across the board. Cigarettes, youth services, science and research – it’s all just numbers, innit. 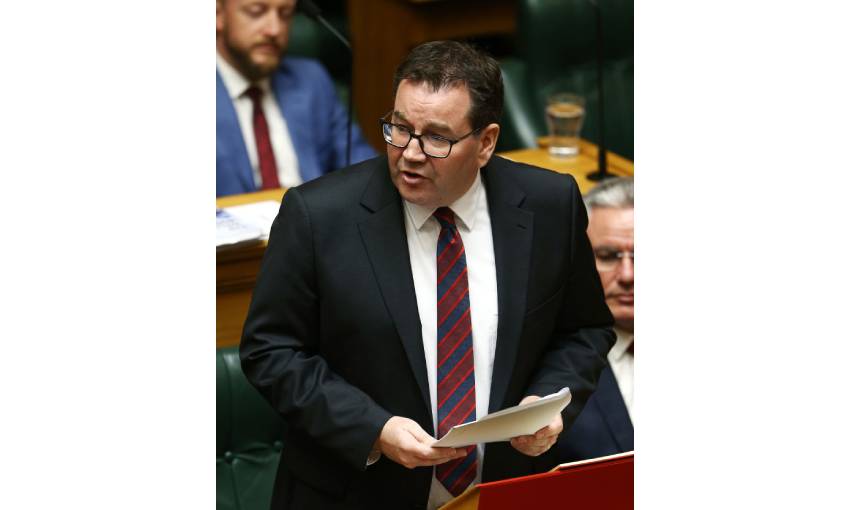 This was the year of the Wellbeing Budget, and this lovely two-colour tie is an indication of two needs coming together. It is a tie of balance. Public welfare must be prioritised alongside economic growth. Crane gave this a high rating but declined to comment. Keep your secrets, Mr Crane.