The government talks a good game on climate but it’s impossible to see how its ambitions can be achieved while public transport and infrastructure spending remains so low.


This story was originally published in Bernard Hickey’s email newsletter The Kākā and is republished with permission.

Pledges by the government and Auckland Council of climate emergencies are looking increasingly like purely performative statements, rather than a signals of actual action. Recent events show that they remain more focused on keeping public debt and interest rates low for homeowners than addressing the crisis through public transport spending.

For example, Auckland Council has just signed off on a 10-year transport plan that reduces climate emissions by just 1%, in part because of funding cuts by the central government’s Waka Kotahi-NZTA just 10 days ago.

Auckland Transport CEO Shane Ellison told the council yesterday, as it signed off on its 10-year Regional Land Transport Plan (RLTP), that the Eastern Busway – a key part of plans to link Botany and Panmure to get commuters out of cars and into buses – had been delayed for two years because of Waka Kotahi’s announcement to councils across the country 10 days ago that it was cutting funding for public transport.

The government has $40b in cash sitting in its accounts with the Reserve Bank and has no restrictions on its ability to borrow at less than 2%. Yet it continues to insist it has to “keep a lid on debt”, which is mandated under the Public Finance Act and actively enforced by the Labour government.

Neither is remotely credible while adhering to the Public Finance Act’s insistence on debt reduction in normal times while also not pricing in the liabilities of having to buy carbon credits on international markets in future years. The chart above shows how much lower New Zealand’s debt is than similarly rated sovereigns. Keeping our debt low is largely about reducing interest rates slightly to hold up property prices for median voters. Keeping infrastructure spending low also reduces potential housing supply, which further supports house prices and rents for those dependent on tax-free capital gains and high rents to support their wealth. 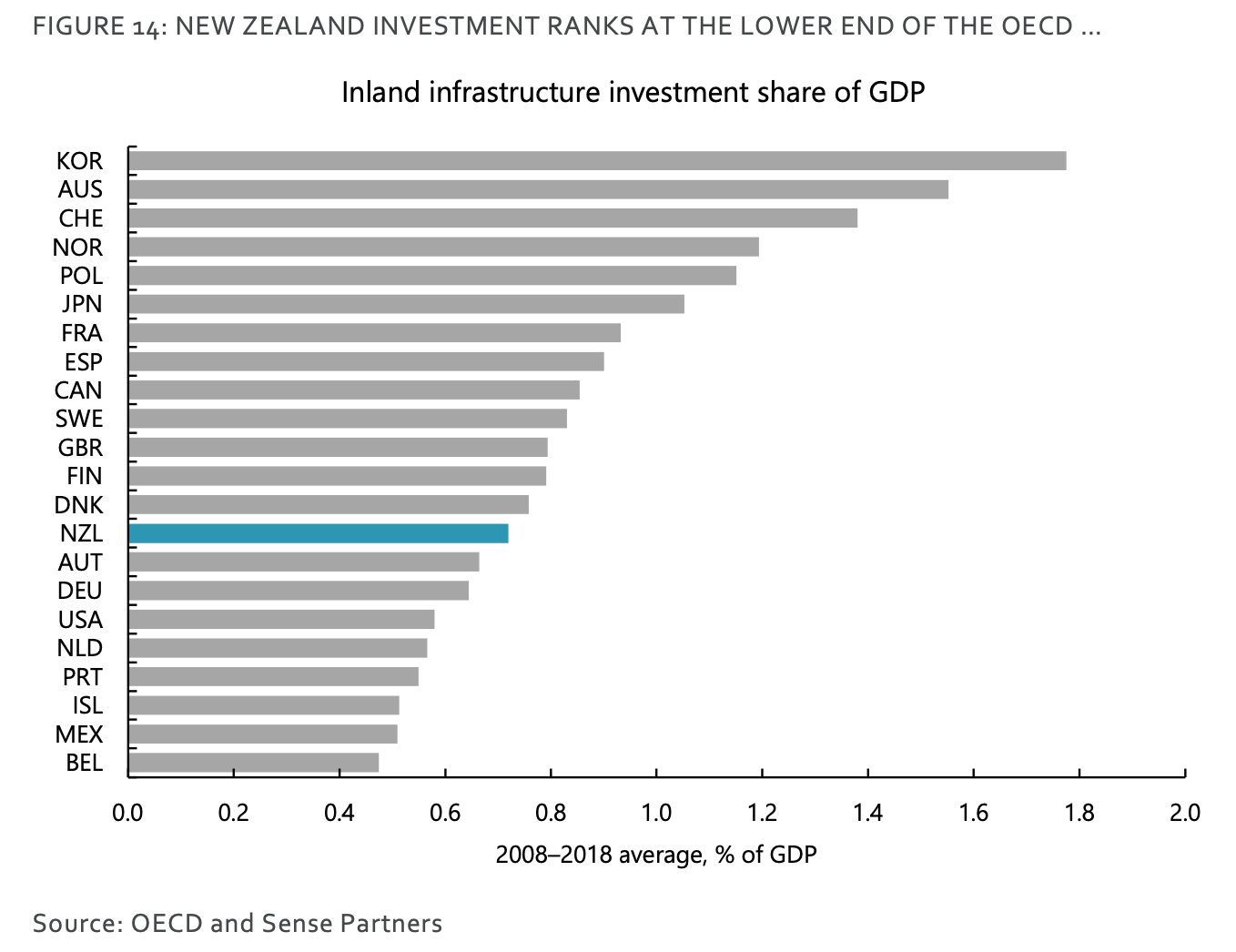