Good morning and welcome to The Bulletin. In today’s edition: How the latest Covid-19 outbreak is being felt, NZ woman captured on Syrian border on suspicion of being a terrorist, and bipartisan commitment to supporting Saudi war effort revealed.

Yesterday was a day of significant developments in the Covid-19 outbreak and third lockdown, and I’ll try and get across them all. The biggest newsline was that no new community cases have so far been reported, over and above the three from the weekend. That’s good news, but it’s not by any means the whole picture, because as our live updates reports, the strain is the more transmissible UK variant, and there’s still no confirmed link to managed isolation. A critical round of test results is expected later today, of close contacts of the three people from schools and workplaces.

In the South Auckland suburb of Papatoetoe, there has been extremely high demand for testing. Justin Latif was out and about talking to people in the queues, about their feelings on seeing Covid return to the community and the anxiety that came with that. But there was also a strong sense of stoicism and a willingness to get through.

At the other end of Auckland, there was a morning of severe confusion about which alert level people in Kaipara were at. Checkpoints had been set up on the edge of the Super City, leaving some areas in level two, and others in level three. However, Stuff reports the checkpoints have since been moved in towards the city centre to make it clearer who’s in and who’s not in lockdown.

Speaking of that lockdown, will it really only last until Wednesday? Justin Giovannetti has reported from parliament on the factors at play in that decision, and what the government will take into account. According to a trio of leading scientists (who we’ve published on The Spinoff) lifting the lockdown will depend largely on contact tracing, and what that finds. The current situation is dangerous because there may well be other cases in the chain of transmission, and these cases could have sparked additional community transmission chains. We’ve also published a standalone piece by Dr Siouxsie Wiles answering a range of questions about the current outbreak, including what genome sequencing is telling us, and whether the vaccine will be effective against every strain going around.

Around the country, the economic effects of the alert level shift are also being felt. Stuff reports there have been widespread event cancellations, including the opening days of the Art Deco Festival in Napier. Queenstown tourism businesses are also seeing a significant amount of business drying up. Radio NZ reports opinion is split in New Plymouth about a step up in alert levels. It was confirmed yesterday that the wage subsidy will become available to all qualifying businesses in the country if any part of the country spends a week or more at level three – Interest reports there will be some changes in how eligibility is assessed.

Having said that, there are also expectations the economy will bounce back fairly quickly, particularly if it is a short lockdown. Radio NZ spoke to Kiwibank economist Jarrod Kerr, who said businesses had built up their resiliency after the experiences of last year. He also said what we saw last year was economically nowhere near as bad as what was expected, so predictions of doom this time around should be taken accordingly.

It was revealed that the health ministry has been unaware of where the highest-risk international air crew have been staying while in Auckland. Newshub’s Zac Fleming reported the crew have been at a hotel in the middle of the CBD, rather than in Manukau close to the airport. That, and an earlier case in which aircrew were allowed out of hotels to exercise led to epidemiologist Dr Michael Baker describing it as “now one of the weakest points of our border.”

Delays have also been revealed in the government’s daily saliva-testing regime, seen as a critical line of defence for the front lines. Newsroom’s Jonathan Milne has covered how Auckland Airport and Air NZ have now signed up with a private provider of the testing, because government services were unable to meet capacity. They’re widely used internationally over and above nasal swabs, in part because they don’t involve a big stick being rammed up your nose. But in general, New Zealand has been slow on the uptake here, with the Simpson-Roche report from as far back as November last year offering criticism of the speed.

Finally, an anti-lockdown protest took place outside Jacinda Ardern’s electorate office yesterday, in violation of the alert level rules. I went along to talk to them, and it was certainly one of the more surreal jobs I’ve been out to recently. For the avoidance of any doubt, I’d like to reiterate that most of the people I talked to were pleasant and friendly, even if I disagreed with what they had to say. And a few weren’t, but that’s life. My sincere hope is that the wider community response helps prevent them getting Covid.

Reports broke overnight that a New Zealand woman, who is accused of being a terrorist, was captured on the Syrian border with Turkey. Details are still pretty scant, but the NZ Herald reports the 26 year old was captured along with two children, and was caught by Turkish border guards. At this stage Turkish language reports do not appear to provide any more information over and above what has been provided by the Ministry of National Defence, who say the woman was under a ‘blue notice’ from Interpol – that only means she’s a ‘person of interest’, rather than specifically wanted for arrest. As I said before, the information about this is all extremely limited and from a single source, so isn’t necessarily the final version of the story.

A bipartisan commitment from our government to supporting the Saudi Arabian military has been revealed. Radio NZ’s Mackenzie Smith reports MFAT granted export permits in 2016 and 2018 for equipment for both Saudi ground forces and their navy. This came at a time when both were embroiled (some would say instigating) the civil war in Yemen, which has resulted in an appalling civilian death toll. The equipment may have been used as part of the ‘kill chain’ – which includes logistics. Current foreign minister Nanaia Mahuta is washing her hands of the deal, saying it was signed by the previous government and had been stopped, but tellingly did not comment on the 2018 renewal when Labour were already in office.

A quick note about where we at The Spinoff are at right now: Like most of the rest of Auckland, we’re working from home, except to go out and report. It’s another one of those times like last year where a whole lot of plans get thrown out the window, and we have to figure out how to cover a story this massive. We couldn’t do it without the support of our members, and times like this remind us of how grateful we are to have you all. If you’re not a member and want to help us, please do.

Big investors have been burned by the sale of Unfiltered, a startup fronted by supposed wonderkid Jake Millar. The NBR’s Dita De Boni (soft paywall with registration) reports that investors “were left “dumbfounded” by the sudden sale of the business so soon after being asked to recommit money to it.” Over the years Unfiltered raised enormous sums of money, with their actual product being several hundred interviews with top business people. It was sold to Jamie Beaton, who is behind Crimson Education – itself a company with an… interesting… history and product offering. For more on the wider Jake Millar saga, read Jihee Junn’s excellent timeline here.

Over the last decade, David Fisher has closely followed the Kim Dotcom legal saga, and has come out with a piece detailing the big picture costs of it all. The NZ Herald (paywalled) senior journo reports that government lawyers have now spent more than 40,000 hours on the case, and Fisher had this wonderful comparison – “if the case was theatre – which at times it has been – then 20 productions could have been staged.” There’s also the serious issue it exposes, of how money effectively buys access to a much more thorough version of justice than what anyone else gets. Dotcom himself remains in the country, and is expected to be here for years to come.

$4 million in targeted funding will be made available for mental health support for LGBT+ youth, reports One News. Kids in the rainbow community are more likely to be discriminated against, and those who are transgender or non-binary are far more likely to attempt to self-harm. This announcement comes out of a wider $455 million package announced in the 2019 budget. 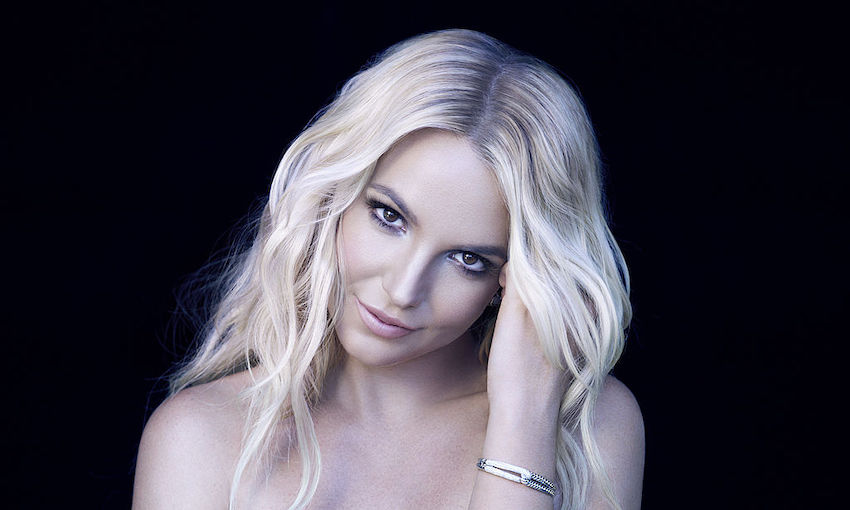 Right now on The Spinoff: Freya Sawbridge writes about what it feels like to lose your sense of smell from Covid. Emily Writes has an excellent and uncomfortable review of the recently released Britney Spears doco. Dr Sarb Johal writes about how to handle the yo-yo of going in and out of lockdown. Erin Harrington reviews When a City Rises, the companion piece to the earlier When a City Falls, about the Christchurch earthquake. Alice Webb-Liddall interviews someone who gets stuff done how they use their phone to avoid it turning into a distraction device. And Duncan Greive’s podcast The Fold has hosted Hamish McKenzie from Substack – the very platform The Bulletin is published on – for a chat about the developing era of publishing.

The Wellington Phoenix are enduring a horror start to their A-League campaign, with the homesick team yet to win after six games. The latest has been reported on by the NZ Herald’s Jason Pine, and it’s a really sorry yarn. The Nix went down 2-0 against the Central Coast Mariners – previously the most wretched team in the competition – after striker David Ball managed to get himself sent off in the first half. He’ll be suspended for the next game, to go with an injury crisis that has left the team severely short-handed, with the reserve team back in New Zealand. All in all, it’s probably going to be a really bad season, so maybe start looking forward to next year now.