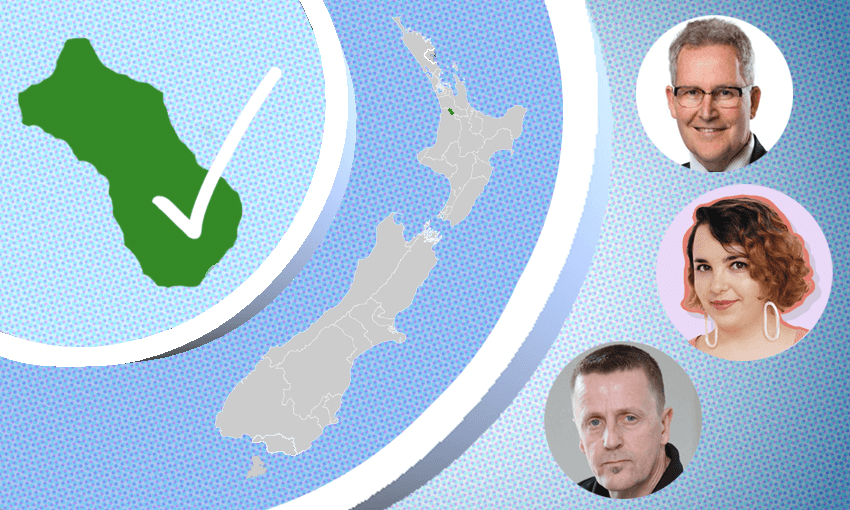 In our latest local elections 2019 race briefing (read the rest here), Hayden Donnell dips his toe into the extraordinary battle for the Tron.

Hamilton! You know the one: south of Auckland and north of your dreams. Hamilton! Home of Good George beer, the Hamilton Gardens, and an increasing number of Aucklanders. Its English name refers to a ship captain killed during the Battle of Gate Pa in Tauranga in 1864. Its Māori name is Kirikiriroa, which means “long stretch of gravel”. Hamilton! A river runs through it, or more accurately, to it. The Waikato meanders through Ruapehu, Lake Taupō, Cambridge, always heading north, north, north until it arrives at last at the greatest settlement on its banks.

What are some of the big issues for Hamilton this election?

Growth is a huge issue for the city. Its population is expected to swell from nearly 170,000 now to about 225,000 by 2043. The influx of residents is being accompanied by an increase in investment. Hamilton’s economy grew 3.1% in the year to March 2019 – well above the 2.5% national average. Many candidates have different ideas about how to seize on the opportunities that has afforded the city, with incumbent mayor Andrew King calling for a runway extension at Hamilton airport, while others would prefer investment in cutting poverty or providing social housing.

It’s not really an election issue per se, but voter turnout could play a defining role in the makeup of Hamilton City Council. The Waikato region was home to the four worst voting turnouts in the country at the 2016 local elections. Only 33.6% of eligible voters submitted a ballot in Hamilton. King won the mayoralty despite getting only 8728 votes. Candidates like Louise Hutt, 26, are basing their campaign around animating the cohort of non-voters who feel alienated from council.

Hamilton councillors remain divided on the benefits of water fluoridation and vaccinations. Councillor Siggi Henry is a strident anti-vaxxer and fluoride opponent. She wore an anti-vaxx t-shirt to an autism awareness event earlier this year. These race briefings strive to be neutral in tone, but Christ almighty.

A lot of Hamiltonians really hate water meters. One of Hamilton mayor Andrew King’s key election promises is to keep them out of the city and councillor Dave Macpherson was elected in 2016 under the candidate affiliation ‘No Water Meters’. If you’re in Auckland, where meters are commonplace, you may be thinking ‘wtf’ right now. But many councils across the country base their charges for water on property value. The argument is that changing to a metered system where people pay for what they use would be costly and – in Macpherson’s view – ineffective.

Public transport has come up at every mayoral debate, even though responsibility for it rests with the Waikato Regional Council. Many contenders, including King, want free buses in the city.

Andrew King is running for re-election. The mayor seems to possess a unique set of beliefs. On the one hand, he’s a Christian conservative, a National Party member, and a firm believer that council should be run like a business, as well as the owner of both a used car yard and a high-interest loan provider. On the other, he’s a vegan who supports free public transport, increasing council’s partnerships with Māori, and turning Hamilton Zoo into an animal sanctuary.

Louise Hutt is only 26 years old but her campaign has generated more coverage and momentum than some of her more experienced opponents. She seems to have dragged contenders like Paula Southgate and Angela O’Leary to the left on issues like climate change. However she’s had no effect on James Casson, who wrote a Facebook post earlier this year claiming the Christchurch terrorist “wins” with “each memorial” held and “each tear shed” for his 51 victims.

And who’s most likely to win?

Why would you ask this question? Too hard! King and Southgate could be considered the default frontrunners. Southgate came second to King last time, losing by just six votes in one of the tightest mayoral elections in New Zealand history. She’s running for mayor this time on a platform of managing rates and encouraging affordable housing, but some feel she hasn’t done enough to set herself apart as a councillor to warrant a promotion. King almost certainly doesn’t have majority support, but he may benefit from the split field and win with 25-30% of the vote. On a related note, please read my article about why First Past the Post is a bad voting system.

As for the other contenders, O’Leary is probably the obvious choice. She’s popular for her advocacy in Hamilton’s western suburbs and is considered a protégé of former mayor, Julie Hardaker. Hutt has to be considered a dark horse candidate as well. With turnout so low last time round, she could put up a winning contest by mustering the support of former non-voters and combining them with progressives. Mike West was a popular second-choice conservative candidate at a recent Grey Power debate, so he could have a shot if the vote is highly fragmented. King wasn’t meant to win last time round. It’s Hamilton. Anything could happen.