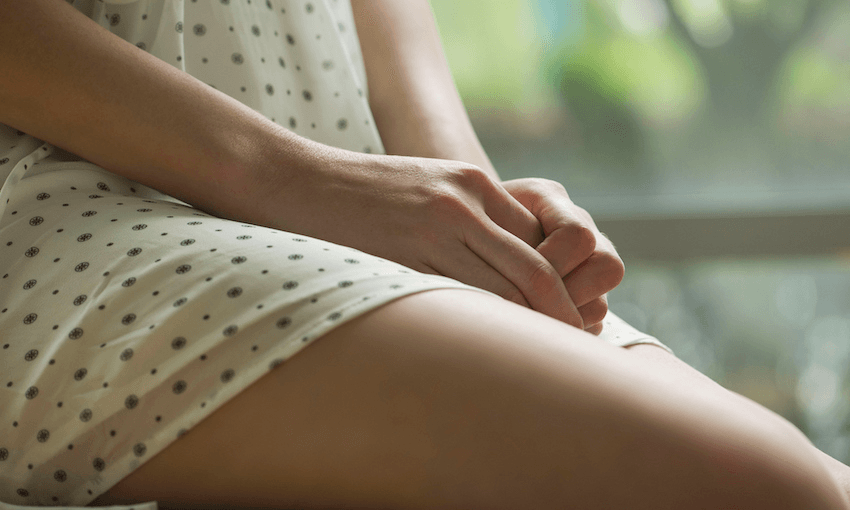 ‘Go to the police and tell your parents’: A sexual assault survivor’s story

Whenever the media covers a high profile case of sexual assault or sexual harassment, there’s a chorus saying the survivor should have gone to the police or their parents. The latest example: the sexual assault allegations in relation to last month’s Labour Party youth camp. Writing anonymously, a survivor explains why such comments are so unhelpful.

Today there will be many parents who spent last night worrying about their teenagers and how to keep them safe. It’s a little mentioned fact that when you’re parenting teenagers you’re often also trying to heal wounds from your own teenage-hood.

My heart broke for the teenagers who were victimised at the Labour Party camp. I couldn’t help imagining how excited they must have been at the invitation: to meet Jacinda Ardern and to be around connected adults who wanted to listen to them, to really hear them. Being part of a youth wing of a political party stems from a desire to be the change you hope to see in the world. I’ve been to events like these where I’ve come away feeling like I matter, that my voice is important.

And nothing feels like it rips your voice away more than a sexual assault. When you feel like you might be murdered in that moment, your focus is on survival. The real trial begins after, when you’re told you’re “lucky” because it could have been worse. Then, when the questions start, you wonder just how lucky you were. I was unlucky enough to end up in hospital with a concussion after my assault. This meant I had no choice but to comply with the police becoming involved. And I say comply because that’s what it feels like – you have to submit, whether or not it’s the right thing for you and your situation.

And it’s with that in mind that I question people who are not survivors expressing outrage that the police were not involved immediately in this case. As another survivor private messaged me last night, “Everyone is saying ‘involve the police’. Why? What are they going to do about it?”

I was 15 when I was asked if I liked it rough, by a policeman who was three times the size of me, who said it as if he was asking me what I’d had for breakfast. A woman policeman was in the room, disinterested, taking notes. My body ached sitting on the cold chair where I’d been transplanted from hospital.

Luckily it was all worth it. My rapist was arrested, jailed. I survived.

Actually, only one of those things is true. I survived. The rest was the fantasy, dreamed up by people who have never had to speak to the police about their rape.

There’s an uncomfortable fact that has to be factored into any discussion about the ‘good’ victims who speak to the police: Reporting of sexual violence in New Zealand is devastatingly low, with only an estimated 9% of incidents ever reported to police.

There is a reason for this – ask any survivor. Sexual violence has an extremely low conviction rate in Aotearoa New Zealand. Only 13% of cases recorded by the police result in a conviction.

So survivors should still speak to the police? For what? Access to the chocolate in the vending machine next to the room they’ll be interrogated in?

In Aotearoa, up to one in three girls will be subject to an unwanted sexual experience by the age of 16. The majority of those incidences would be considered serious, with over 70% involving genital contact. For Māori girls and women the likelihood of sexual violence is nearly twice as high as the general population. Pacific and migrant women are also at statistically greater risk of sexual violence.

How do you think young Māori girls and Pasifika and migrant women feel about going to the police? How high do you think those conviction rates are? Will they get justice?

And that’s all you can hope for most of the time.

No. It wasn’t. There were no charges. “Not enough evidence,” despite the fact that I was bruised. I was drunk. And with those five letters it’s all over. You’re not a real victim.

I was lucky enough to have ACC access to counselling and the support of Rape Crisis Wellington, a chronically underfunded organisation. That’s how I’m still alive today.

Maybe take the time to put yourself in their shoes. What would you want at 16? What would be your best chance at survival?

Try to imagine those teens’ first day at camp. Try to imagine your parents dropping you off, you so full of hope, full of ideas for a better future. A future where “go to the police” and “tell your parents” isn’t so fraught at best, useless at worst.

Imagine that, and then do something about it. For these kids.

Because they deserve better than the system they’ve got and the people who keep trying to force them into it.

If the events depicted in this story have been triggering in any way, please consider contacting any of the following organisations: