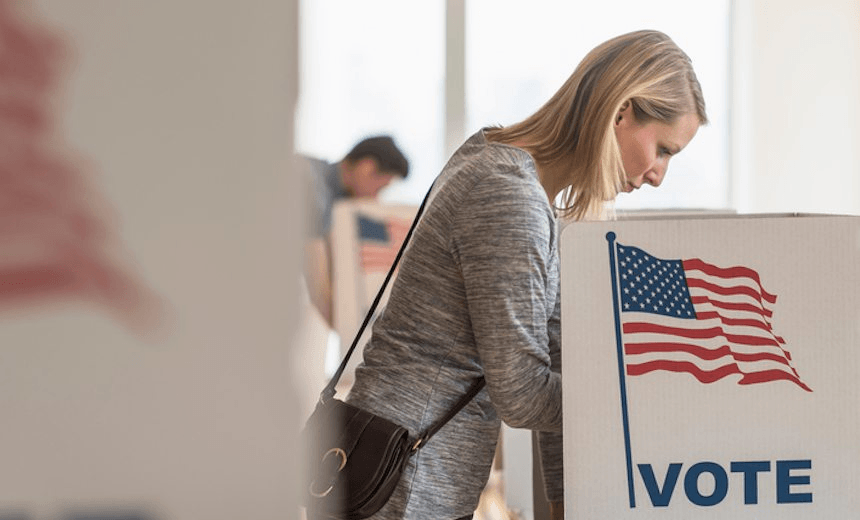 The Trump phenomenon proves that electoral politics has failed. Time to try something new

Government by lottery? Why not, says Nicholas Ross Smith – the lesson of Trump is that combating the rise of post-truth politics requires not better politicians, but systemic change.

The unbelievable happened: the United States of America elected Donald Trump to be its 45th president despite his many character flaws and obscene ideas. Much like the Brits deciding to vote for Brexit in June, the media and the academy did not see this coming, leaving many of us in a state of disbelief.

These two events, with more likely to follow, demonstrate that we are entering a new age of politics in the West, a post-truth age. Coined by the blogger David Roberts in 2010, post-truth politics denotes “a political culture in which politics (public opinion and media narratives) have become almost entirely disconnected from policy (the substance of legislation)”

The main catalyst for the emergence of post-truth politics has been the incursion of social media into the centre of our everyday lives. Originally, the internet was seen as a tool to liberate us, giving everyone access to information free from the hierarchies of everyday life. However, it has seemingly done the opposite, leading to the rise of misinformation and with it, the demise of expertise.

Social media is particularly key to the emergence of the post-truth age because thanks to the advanced algorithms at the heart of these platforms our lives online have gradually become echo chambers that echo our inherent biases back to us. The echo chamber effect means that our while our ideological convictions strengthen, our openness to critique and revision of these ideas is reduced.

This explains why so many of us have been shocked by Brexit and the election of Trump. We were told in both cases that neither outcome had any real chance of happening. The experts, the pollsters and the ordinary people we saw on our social media platforms all gave us an impression that these phenomena were fringe movements which would be soundly beaten by the masses.

A silver lining of Brexit and Trump is that our echo chambers are collectively shattering. Realising that we have become detached from reality is an important step to correcting the ills of post-truth politics.

The first lesson is that conventional campaign strategies do not succeed in a post-truth world. The Trump and Brexit campaigns found fertile ground because they embraced the idea of non-linear campaigning. In a nutshell, a non-linear campaign aims to make its movement undefinable through a never-ending shapeshifting of contradictory statements and actions. The idea is that if something is undefinable, then it is also uncriticisable.

This non-linear idea was created in Russia, the brainchild of one of Vladimir Putin’s more flamboyant advisers, Vladislav Surkov. Putin has used this non-linear approach for some time domestically and also used it in his intervention in Ukraine. The Ukraine example shows how the Kremlin has used misinformation to try and achieve their goal of destabilising the country, a strategy which has had some success.

While many are pointing the finger at Putin for directly interfering in the US elections, his greatest influence, in my mind, has been as an inspiration for Trump’s campaign. While few people are prepared to give Trump any credit, with many chastising him as a buffoon, Trump has played this non-linear role to perfection. Trump has continually contradicted himself while ignoring refutations, all of which created a bewildering and undefinable movement.

So how do we combat the rise of post-truth politics? In the aftermath of Trump, a lot of people bemoan that Bernie Sanders’ progressive movement was scuppered by the DNC, particularly as it seemingly had much greater grassroots support than Clinton. However the solution lies not in movements or politicians, no matter how admirable or engaging, but in systemic change.

An enduring problem is that our democracies are not really democracies. They are oligarchies masquerading as democracies. Any system which has elections as the centrepiece of its popular participation is inherently flawed and easily corruptible. The Classical Athenians knew this, which is why they preferred lotteries to elections.

Our inept democracies have produced a kind of “rational ignorance” amongst the masses. People have come to realise that they cannot effect change in our democracies and have gradually (rationally) disengaged from politics. This enveloping rational ignorance also helps explain why post-truth politics has found fertile ground in our systems, as people no longer have the knowledge or the desire to discern fact from fiction.

Because rational ignorance is a natural product of our flawed democratic systems, counteracting it has to start with trying to make our systems more democratic. Minimising our reliance on elections – which carry with them a cacophony of campaign-focussed politics – while bringing citizen deliberation back to the fore is a good starting point.

If ordinary citizens start believing they can influence decision-making on a regular basis, not just by voting every few years, then the rational ignorance which has taken hold will start to dissipate. To do this however, we need to break through the pervasive elitism which casts ordinary people as being too stupid to have any productive role in politics. This is an insidious view of the masses which has aided the rise of oligarchies all over the West.

We do not lack ideas about how a more deliberative system which minimises the influence of elections (and oligarchs) could work. For instance, University of Pennsylvania Professor, Alex Guerrero, has designed a system specifically for the United States called a lottocracy. In a lottocracy, not only would the presidential election be scrapped, the United States Congress, two bodies which broadly look at all issues, would be replaced by 20 to 25 single issue committees of up to 300 people all randomly chosen by lottery.

In a lottocracy, a president (or prime minister) would still exist, but they would be selected by a committee and mainly fulfil ceremonial roles as their executive powers would be almost completely stripped. Such a system seems radical because we have come to see democracy as solely being about elections and not about the direct involvement of the citizenry. Changing this perception is an important precursor to pursuing any kind of deliberative democratic solution.

In an age where post-truth politics is becoming more and more influential and our democracies more and more inept, a whole new way of thinking is required. As philosopher Alex Guerrero puts it, “we don’t just need to change who the captain is; we need a new way to travel.” Finding ways to bring the “demos” back into democracy is a necessary starting point.

More responses to the U.S. election:

Eric Crampton: Buckle up for President Trump. It only gets crazier from here

Geoffrey Palmer: The politics of America have changed forever. The planet has much to fear

Jim Bolger: ‘Education is the only way to reduce the fear’