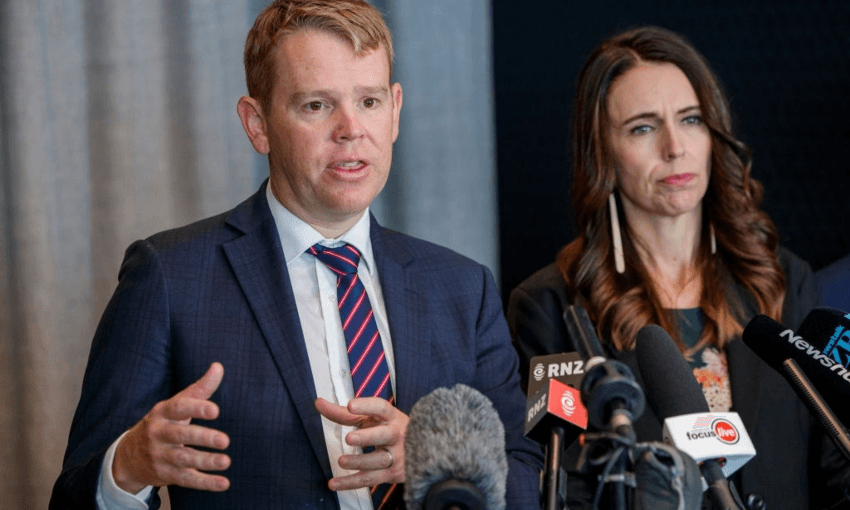 Yesterday Jacinda Ardern angrily declared that an MIQ worker had lied. That should not be a sufficiently sophisticated technique to get around our border defences, argues Duncan Greive.

It emerged yesterday that “case B” in the small yet still concerning cluster of Covid-19 cases related to the Grand Millennium Hotel in Auckland had not been previously been tested since November. This came as something of a surprise, as Covid response minister Chris Hipkins had announced that such tests would be mandatory in September of last year.

The security guard was not only infected with Covid-19, but worked while infectious and symptomatic, despite not having been tested for six months, missing at least 10 tests during that period. A situation which exposed them and ultimately their community to what ended up occurring: a small, hopefully contained outbreak of Covid-19.

How did the worker evade detection? According to prime minister Jacinda Ardern, their methodology was as daring as it was simple: “the individual was lying.”

Most would agree that lying is unfortunate, and that you would hope people don’t lie. But it’s also so utterly common that with almost any other area of human life we have safeguards to protect people and institutions from the impacts of lying. It’s why we have passports to confirm our identity when we travel. Why there are reference checks in employment situations, or warrants of fitness for our vehicles. Because most people will do the right thing, but if given the opportunity, some won’t.

One example might be a situation in which your employment status, and therefore your income was threatened by telling the truth. Here it’s entirely possible that, having missed a test for innocent reasons, the contractor might fear for their job security were they to reveal that they have missed a test. And that having missed a test and finding that there was no consequence to having lied about it, they continued to do so. And that the situation compounded from there.

There are other plausible reasons for the lie to have started innocently – a phobia, a communications failure, a painful experience with a test. What there is no reasonable explanation for is why both government and First Security did not protect the individual – and with them the whole country – from a simple lie being sufficient to get them into this situation. Ardern herself noted this yesterday, saying that the “employer needed to have checks and balances in place to make sure they were still doing what was required”.

Quite. But surely that is doubly true of government itself? Because First Security – brought to you by the team behind Wilson Parking – has had failings before during its time at MIQ, including employees falling asleep on the job and leaking private information of those staying at isolation facilities. There are inherent difficulties with the outsourcing of such crucial work, which is why the government announced in August of last year that use of contractors would be phased out. As Justin Giovanetti reports for The Spinoff today, this remains some way off, with the latest deadline for such an operational takeover revealed yesterday as October 2021, more than a year after its announcement and by which time the pandemic should, we hope, be winding down.

MIQ minister Chris Hipkins has rightly pointed out that some level of trust is involved in any private procurement – in that the employer will need to hand over staffing records around resignations and new hires, sick leave and shifts missed. But that should not and cannot extend to something as crucial as the testing regime, one which broke down because First Security’s procedure for ensuring regular testing was asking employees to sign a declaration certifying that they had been tested. Which is why we’re in this situation – the company designed and the ministry accepted a system which could be broken by the simple act of lying. Which is not a system at all – it’s a code, a wish, a vibe.

And now it’s an outbreak. One which so far seems to be contained, and that hopefully does not cause long term harm, let alone death to any of those infected. But it pays to remember that those are the stakes.

Last night brought further revelations from Newshub’s dogged investigations editor Michael Morrah, that as many as 450 missed their tests, and 85 may never have been tested at all. On Morning Report today Hipkins essentially affirmed those numbers while characterising that group as “a handful of people out there who are abusing the system”.

He went on to say that a new system which would have more precise numbers around testing had been in development for some time, to improve the quality of data provided. “We do get a real desire from people to see data”, he said, oddly implying that data is something reporters or the public get a kick out of, rather than the bedrock of understanding what is happening within our border system.

The timing of this is very unfortunate, with the Australia bubble just days away from opening, and with it a massive test for our border, just as a large part of the system we rely on to protect us has been exposed as trust-based. Any system which relies on individual honesty is inevitably going to break, and duty of care as an employer should not allow frontline workers to be put in this position.

So it seems fair to ask what would be the bigger lie: an individual signing a false declaration about testing. Or the New Zealand public being told that testing was already mandatory and occurring.

In the latest episode of Gone By Lunchtime, Toby Manhire, Annabelle Lee-Mather and Ben Thomas discuss MIQ, the temporary ban on arrivals from India, the Māori Party’s donations strife and more. Subscribe and listen on Apple Podcasts, Spotify or your favourite podcast provider.