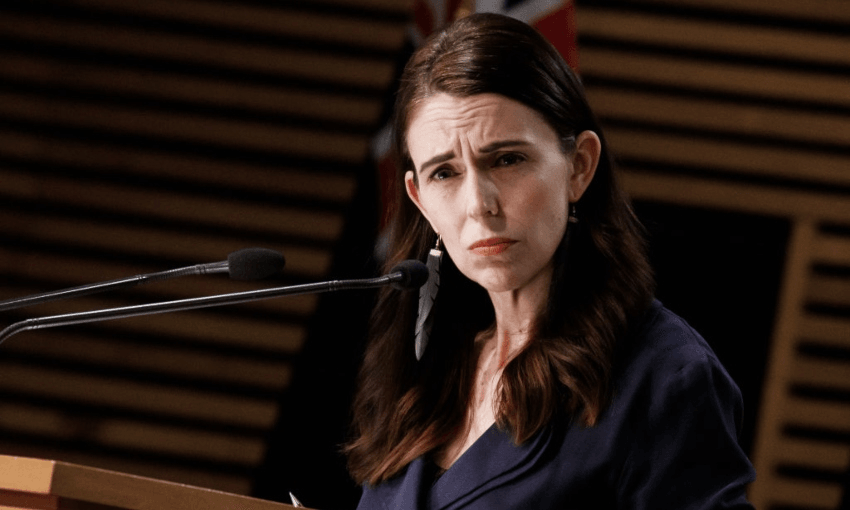 The decision to throw the country into the strictest available lockdown, and the government response more broadly to the pandemic, has widespread backing from the public, according to the latest in a series of nationally representative polls by Stickybeak for The Spinoff.

At 2.29pm on Tuesday August 17, the Ministry of Health revealed in an email that a community case of Covid-19 had been detected in Auckland. Three and a half hours later, the prime minister announced in a Beehive press conference that the entire country would go into the most severe available lockdown, under alert level four, at midnight.

Following weeks of spiralling catastrophe in New South Wales, where the response to a delta outbreak was soft and slow, there was immediate backing for the Ardern government decision to again go hard and early, from business groups and the opposition, albeit with criticisms about the pace of vaccination.

That backing is reflected in our nationally representative poll. In news that will disappoint international commentators who imagine New Zealanders being forcibly detained, wailing and screaming, in their own homes, a prodigious 84% supported the decision to move to alert level four. The vast majority of those, more than seven in 10 overall, expressed “strongly support” for the call. By way of comparison, 79% supported the decision to move Auckland to an alert level three lockdown in February 2021.

Cabinet meets this afternoon to decide on extensions to the alert level four lockdown beyond midnight tomorrow. The decision will be announced at 4pm.

In our previous poll just over a month ago, those who marked the overall government response positively totalled 69%. Support of seven in 10 people is hardly crisis territory, but it was the lowest ranking since the pandemic began, a full six points beneath the previous nadir.

As we've found across these surveys, however, the popular sentiment soars at a time of crisis. And so it has in recent days.

As you'll see by scrolling the chart below, however, that's not the highest figure since we began conducting the surveys with Stickybeak. When we polled in the first level four lockdown in later April, as it became clear the virus might be stamped out, it hit 86%.

What about the National Party? The good news for Judith Collins and Covid response spokesperson Chris Bishop is that a rise in support for the government response does not inevitably precipitate a fall in sentiment towards the opposition performance.

In August of 2020, 15% were broadly positive about the National response. Last month that had risen, albeit from a grimly low base, to 21%. Today, it's leapt up to 29%. It's an encouraging direction of travel for a party that has become markedly more careful in articulating its criticisms constructively.

That said, it remains true that a lot of people have a negative assessment of the National response: 44%. A month ago it  was 45%, a year ago it was 64%.

We also asked people for their views on the state of the vaccination programme and contact tracing. We’ll have those results tomorrow.

Respondents were self-selecting participants, recruited via Facebook and Instagram. A total of n=629 sample was achieved of adults in New Zealand. Results in this report are weighted by age, gender and region to statistics from the 2018 Census. For a random sample of this size and after accounting for weighting the maximum sampling error (using 95% confidence) is approximately ±3.9%.

The study went into the field on Wednesday August 18 and was completed on Sunday August 22.

Stickybeak is a New Zealand startup that uses chatbots to make quantitative market research more conversational and therefore less boring for respondents. Unlike conventional research which uses panels of professional paid responders, Stickybeak recruits unique respondents fresh for each survey via social media.  Its nationally representative poll questions people in 34 representative demographics. It operates globally and has run thousands of polls in every region of the world (to be fair, not Antarctica yet).