Intensive care nurse Edith Scott came to London two years ago to experience life in an exciting, diverse global city. Now she’s part of the desperate fight against Covid-19. She tells George Fenwick about the realities of life in an East End Covid ward.

Last week, the UK hit a sobering milestone in the Covid-19 pandemic: 100,000 deaths. The UK is currently in the grip of the worst wave of the pandemic so far, with a third lockdown only just beginning to curtail the highest surge in cases since the first lockdown. Myriad reasons have been cited for the horrific death rate, including the government’s refusal to take scientific advice to lock down fast and early, an underfunded healthcare system, and a densely-packed urban population. What is often missing from the headlines, however, is the human cost.

Witnessing that first-hand is New Zealand nurse Edith Scott, 26. Originally from Auckland, where she worked in coronary care at Auckland City Hospital, Scott moved to London two years ago, eager to try out nursing in an international city with a diverse population. She knew a few people here and initially moved in with a group of Antipodeans she knew in Putney, southwest London, before moving in with strangers in the inner-east enclave of Shoreditch.

Scott’s first London job was at a private hospital, but last year she found work as a nurse for the National Health Service (NHS), dealing with Covid patients during the first wave. As cases began to climb again in late 2020, she put her hand up to work on the intensive care wards. She’s now working at the Royal London Hospital in Whitechapel, a short walk from her flat, and says the second wave of the pandemic is even more intense. It’s “really fucked up,” she says. “So many people are dying this awful death, and it’s so nasty.”

In intensive care, the ratio of nurse to patient is normally one-to-one, but Scott says it’s currently one to about three or four patients. Extra manpower has been deployed to help the strained NHS: “last night I worked with a medical officer from the army,” says Scott. “Heaps of them have been brought down to help out. There are lots of consultants, like gynecologists for example, that aren’t working, so they’re coming in and volunteering and helping. These are men and women of age, so they’re really brave to be doing it.”

Twelve out of 15 floors at the Royal London are occupied by Covid patients, with two extra floors added to accommodate the overflow. “They have to squish more patients in between others, because there’s not enough space,” says Scott. “And we walk around in these full blue PPE costumes, and all you can see is people’s eyes and their eyebrows.” 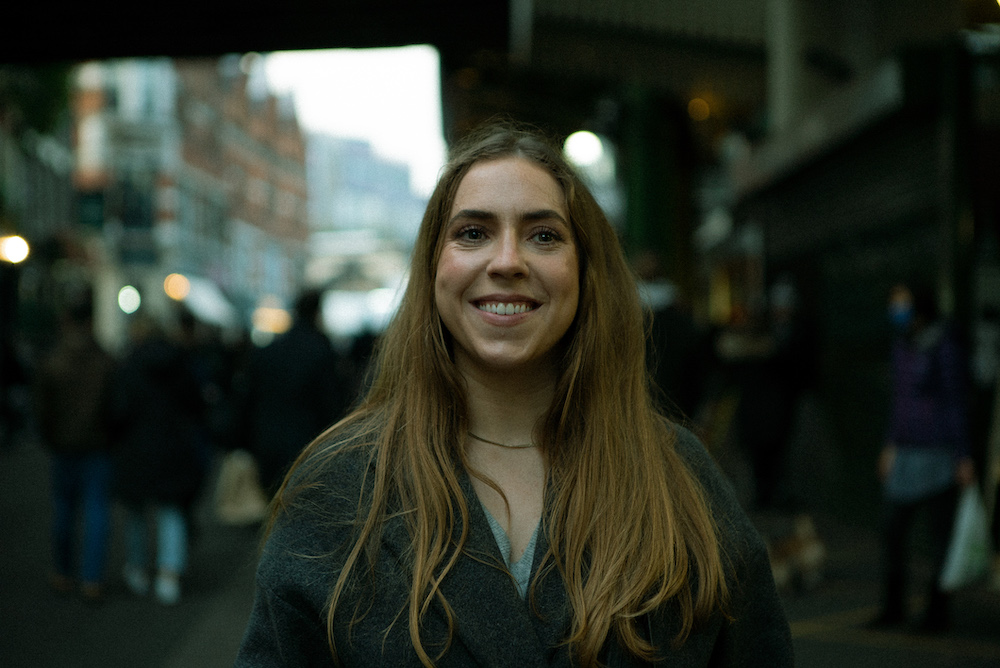 Not only is the NHS dealing with more Covid patients than ever, but the effects of the virus on the body are changing. Covid-19 attacks the lungs, forcing thousands of patients to be put on ventilators, which take over the body’s breathing process in order to let the lungs heal. But the virus is also causing blood clots, more frequently this wave than during the first. “People are getting PEs [pulmonary embolisms, or blood clots in the lungs], but also all through their body, and we’re seeing heaps of amputations because these clots get formed,” says Scott.

Staff can work to remove the clots, but often it’s too late, and the patients have to have limbs amputated while still unconscious and on ventilators. “The doctors talk to the family, who can’t even be there, saying, ‘we will tell them when the time is right, and we’ll explain it, we have ways of dealing with it’,” says Scott.

Some patients deteriorate in minutes, and difficult decisions have to be made about resuscitation. If intubation doesn’t work, there’s not much else that can be done, and those patients have to wake up to the news that they are most likely going to die. “This awful virus is just attacking, culling the human race. You see it attack people’s lungs, and these are 40 to 50-year-olds, mostly men. They’re so sick. And if that doesn’t kill them, the virus can cause a clot to get stuck and disable them. It’s crazy. It’s so deadly and so awful.”

Scott has seen the virus sweep through families: one woman said goodbye to her son on one floor before saying goodbye to her husband on another, while a married couple both needed intubation on arrival to hospital, their children taken into care. Scott is seeing men younger than her own father die from Covid-19, and has had patients as young as 28. Alongside Covid patients, she has also seen a spate of patients in intensive care due to failed suicide attempts.

Even those who recover from Covid can continue to suffer. “The muscle loss in intensive care is insane, 15 or 10% a day,” says Scott. “They just wither away because they lose all their muscle. And Covid can cause multiple organ failure; their lungs are severely battered, and their heart, their kidneys. And there’s the emotional, neurological trauma of it all. It would take a long time for these patients to get back to normal life.”

The emotional toll on NHS workers is heavy. At the hospital, there are specific staff who are in communication with patients’ families to collect info about their lives, which is collated on a laminated card for the staff to look at before they nurse the patient – details like what they like to be called, their profession, their personality, their family, their hobbies, even family photos. “You get an idea of the person, and then you look after them,” Scott says. NHS staff are often the only support the patients have: no visitors are allowed in the hospital, unless they are about to die, in which case they are allowed two.

It’s the minutiae of these people’s lives laid out on the cards that hits Scott hardest. “Things like if a lady has nail polish on, or it says someone supported Man City, or it describes them as outgoing,” she says. “They’re just people, and those little bits are hard, but they’re not what you can talk to people about.”

Despite the immense strain the NHS is under, morale is steady at work, and support is available. “Every morning when we do roll call, the main charge nurse does a little, ‘thanks so much, don’t forget to check in with each other’,” she says. Staff have a shared code to do so: “there’s a system where if you’re green, you’re doing good, you’re having a good day. If you’re amber, you’re on the cusp. And if you’re red, you’re just really not good. They really encourage people to talk about it.”

Scott had “one pretty bad breakdown,” which she could feel coming. “I just had a massive cry for 24 hours, but day-to-day my mental health feels fine. Sometimes after five or six shifts, it’ll get a bit too much and I overthink it; in bed, I’ll close my eyes and I can see my patients and I can hear things and that’s all a bit freaky.”

For support, she talks to her flatmate Freya, who is “the greatest,” or she phones her mum, a former nurse. Two of Scott’s best friends were supposed to move to London in 2020 before the pandemic cancelled their plans, and she regularly chats to them, but she’s worried about being too much of a downer. “There’s so much love and support from New Zealand, but I don’t wanna keep harping on about it. I don’t want to seem like too much of a sad sack.” Her walk home from work helps her decompress (she’s too scared to cycle for fear of her bike getting nicked outside the hospital), but London’s lockdown makes everything harder. “I think it’d be so much easier if I wasn’t stuck in my room.”

While the situation is bleak, daily deaths and cases are once again falling due to the UK’s strict lockdown. While Scott’s work takes a toll on her, she is inspired by the hard work she witnesses across the NHS.

“It’s cool to see everyone – the doctors, nurses, cleaners, all the volunteers, even the people at the help desk – everyone’s just doing what they were born to do. Everyone is really thriving and just getting in there and helping and being passionate about it. No one really knows what the fuck to do or how to handle it or what to say, but everyone’s doing it, and doing such a great job.”

While Scott and her colleagues face the effects of Covid every time they go to work, conspiracy theorists and anti-vaxxers continue to spread misinformation about the virus; a recent study suggests 15% of the UK’s population believe public authorities are covering up important information about the virus. Ask Scott about those who refuse to believe the awful reality she experiences every day, and the response is blunt.