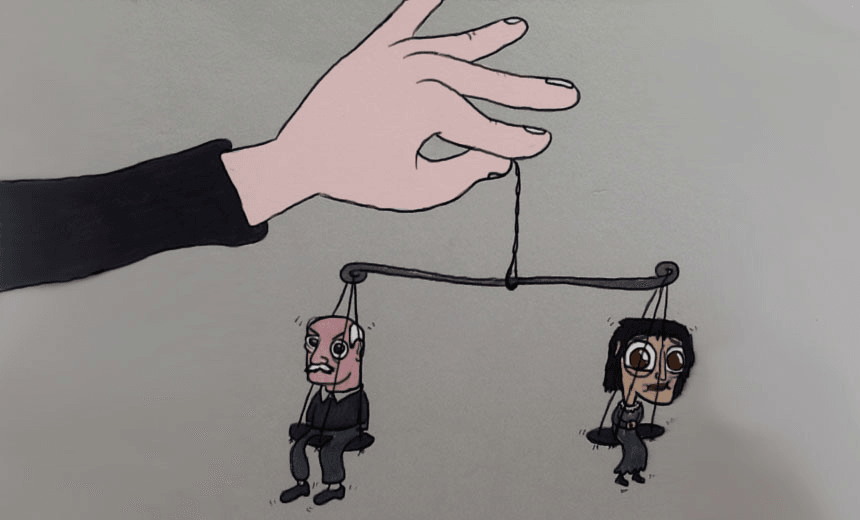 Dear masculinists: The feminist movement isn’t about you, it’s about us

Leonie Hayden has an announcement to make to the masculinists in this country: chill out, dudes, feminism can help everyone.

As someone who felt sorry for Rachel Dolezal and cries at videos of dogs on a regular basis, it’s safe to say I’m highly emotional and empathetic to a fault. I find it hard to distance myself from the humanity at the core of even the worst online troll — they’re so often caused by crappy lives or childhood trauma. So it was mostly with sadness I read Eamonn Marra’s expose of the Wellington masculinist “Men’s Summit”. These dudes are in pain.

Don’t get me wrong, there’s a lot to be straight up steam-coming-out-the-ears mad about, such as the ignorant attitudes to rape and the incredibly harmful generalisations about false reporting of sexual assault. I mean, get a grip: we’re talking about a handful of cases versus one in five women who will actually experience sexual assault in their lives, with only nine per cent of those reported to police.

Falsely accusing men of rape isn’t something we all indulge in from time to time just to get back at a shitty ex, like posting #revengebod photos on Instagram. The process of making a complaint for rape is long and demeaning and the likelihood of your offender being convicted is really low (only 13 per cent of cases recorded by police in New Zealand result in conviction). If you report sexual assault despite those awful odds, you probably really mean it.

What I really felt bad about, and found unsurprising, was his revelation that many of these men had been through custody proceedings and lost.

You regularly hear new parents say that they were unaware they were capable of such depth of feeling, such profound feelings of love, when their bundle of joy comes along. Women are surprised by it but we’re also better prepared for it throughout our lives, our maternal instincts are nurtured as a matter of course.

Men are more often completely floored by it, bowled over by a tsunami of love they never saw coming. New dads are great, like a lighthouse of pride, joy and utter confusion, beaming megawatts in all directions.

And so it must hurt like hell to be told that, as a parent, you are deemed less capable than your partner.

I think they’re right to be mad at a system that doesn’t value men as co-parenters, especially if there are two, and makes it hard for women to return to the workforce, therefore making them the obvious and default primary caregiver.

Closing the wage gap is better for men, too – more household income and a greater chance that a female partner can provide as strongly for the family and not have to be the sole caregiver.

But women aren’t responsible for installing this here patriarchy, or the Ancient Roman family model we inherited from our colonial forbears – the father as head of the family unit, and his wife and children as his chattels. The “feminist media” certainly ain’t to blame, whatever that is (sounds cool).

What really sucks is that these men can’t see that many of their goals are perfectly in line with feminist values. We should be trying to deconstruct these narrowly defined roles together – we’re coming at it from different sides but the outcome is the same, right?

The Men’s Summit heard from a “clinical psychologist” that there was no recognition of men’s successes in politics, technology, or business (except for, you know, nearly all the recognition) which kind of proves that they’re vulnerable to quacks and need better role models stat.

Guys, I get that you’re hurt and you’re bitter. We feel browbeaten by a society that doesn’t privilege us or prioritise our needs, too. But you need to understand: the feminist movement isn’t about you, it’s about us and bringing our rights up to the same level, not extinguishing yours. Which is why we collaborate and unionise and advocate for positive changes for women, while maintaining friendships, relationships and families with men.

There’s literally not a human right in the world we want to take away from you.

Sitting around whining about women and feminists is a cop out. If men’s rights are your jam, get together and advocate for each other. If this was rugby training, your butch, de facto father-figure of a coach would probably be yelling something about pulling your finger out and getting on with it. Push for more recognition of fathers’ rights in the family court. Petition for more paternity leave. Advocate for Māori men who are so over-represented in prison. Support gay and trans rights. Campaign for more mental health funding for at-risk men.

Lead your own movement instead of trampling on ours and we’ll meet you at the finishing line.