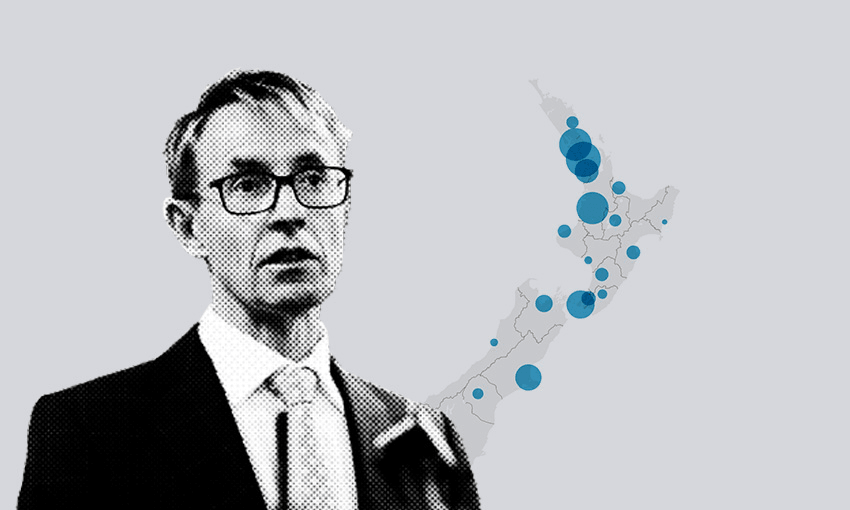 This is our final daily compilation of Covid-19 charts, graphics and data visualisations for the moment. David Garcia will continue to make some daily charts for The Spinoff team. Chris McDowall will switch to a bumper weekly round-up from next week.

The Ministry of Health announced two new confirmed cases of Covid-19 today. One of the new cases is a nurse who has been caring for St Margaret’s cluster patients. The other was a probable case that has been reclassified as confirmed.

This afternoon’s Ministry of Health figures report that the total number of confirmed and probable Covid-19 cases is up one to 1,490 (1,141 confirmed and 349 probable). A total of 1,347 people have recovered, which is an increase of 15 since yesterday. There were no new deaths overnight.

The number of significant clusters with 10 or more cases remains at 16. In 13 of these clusters transmission is treated as still potentially ongoing, while three clusters have been closed. There are four people in hospital, which is a decrease of four since yesterday. There are no known Covid-19 cases in intensive care units.

This table shows the number of active cases, recovered people and deaths in each district health board area. There are eight districts with no active cases: Bay of Plenty, Lakes, Mid-Central, Tairāwhiti, Taranaki, Wairarapa West Coast and Whanganui.

Today’s new confirmed case was in Waikato district health board and associated with the Matamata cluster.

Of New Zealand’s 16 significant clusters, 12 remain under investigation for ongoing transmission by the Ministry of Health.

Across all district health boards, the number of recovered cases outweighs the number of active cases in all significant clusters.

Four significant clusters have been closed. Closing a cluster signifies that the ministry is confident there is no longer transmission of the virus within, or associated with the cluster. A cluster can be closed after 28 consecutive days pass since the most recent onset date of a reported case. This period corresponds to two incubation periods for the virus.

The gap in cases between May 1 and May 6 signifies that no new cases were entered into the EpiSurv database during these dates.