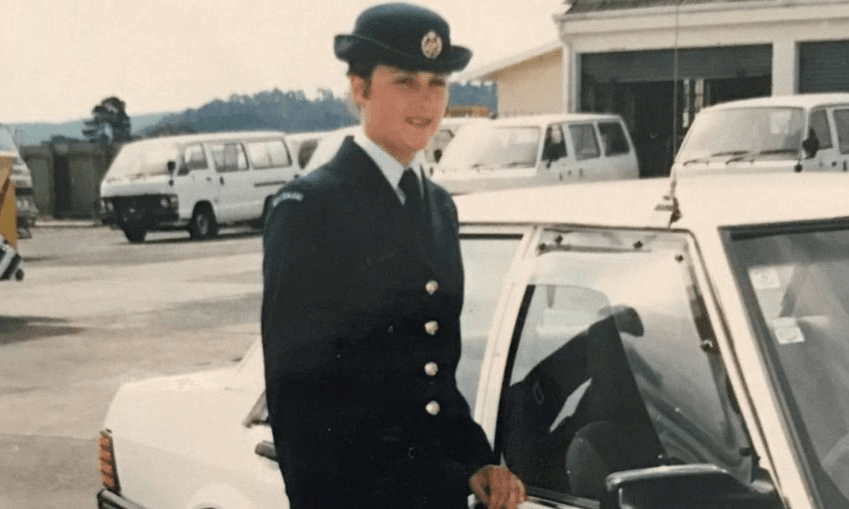 While working as a driver at Whenuapai, Mariya Taylor was repeatedly assaulted by Sergeant Robert Roper

If this is what ‘justice’ looks like, we need to tear the whole system apart

While working as a driver at Whenuapai, Mariya Taylor was repeatedly assaulted by Sergeant Robert Roper

The absurd ruling that Mariya Taylor must pay almost $30,000 to her abuser, a notorious child rapist, is just the latest outrage revealing a stacked legal system beyond mere reform, writes Madeleine Holden

This week has dealt another blow to anyone clinging to the idea that New Zealand’s legal system can provide just outcomes to victims of sexual violence and abuse.

Justice Edwards caused an outcry on Monday after ordering Mariya Taylor to pay $28,000 of legal costs to Robert Roper, a notorious abuser convicted of raping his own daughter and several other women in the late 70s and 80s, whom the judge also found “likely” assaulted and falsely imprisoned Ms Taylor several decades ago. The reason she was nonetheless ordered to pay Roper’s legal costs is simple: Ms Taylor was time-barred from bringing a case against him because of the statute of limitations, and Justice Edwards did not find the argument of Ms Taylor’s lawyers — that she had a mental disability preventing her from bringing the claim in time, and therefore the limit should have been extended — persuasive.

Because of what Justice Minister Andrew Little calls the “long-established rules about costs” in civil courtrooms — essentially that the losing party must contribute to the costs of the winner — Ms Taylor was ordered to pay $28,000 toward Roper’s defence. (The New Zealand Defence Force, Ms Taylor’s former employer, also pursued her for costs until instructed not to by Prime Minister Jacinda Ardern.) The costs award is discretionary, and as RNZ reports, Justice Edwards did exercise restraint, discounting the amount claimed by Roper by 50% to recognise that his failure to admit wrongdoing unnecessarily prolonged the trial. Roper’s total legal bill was just over $100,000.

However, Justice Edwards reminded the court that the purpose of the cost rules is to compensate (rather than reward) the winner for the expense of having to appear in court, and to discourage litigation that has no real chance of success. Costs awards “encourages litigants to consider whether there are cost-effective alternatives to court litigation to resolve the underlying dispute,” she said.

Exactly how the “underlying dispute” in this case — Roper locking Ms Taylor in a cage and groping, ogling, and prodding her with an iron bar over the course of several years in the 1980s — could have been alternatively resolved is a difficult question. There is, of course, the criminal system, in which Ms Taylor would not have faced the same issue around time limits. However, as her lawyer Geraldine Whiteford notes, victims of abuse and sexual violence “can’t get justice through the criminal system”, which “delivers shockingly poor outcomes for victims”. The failings of the criminal system for victims are well-established, leading many to avoid it in favour of outing their abusers online or else saying nothing at all. Ms Whiteford has argued that this case will increase the number of victims in the latter camp, predicting a “chilling effect” on victims who had considered seeking justice through the civil system.

So what can be done? So far, a few legal commentators have called for reform. Ms Whiteford suggested that Ministerial intervention was necessary, along with reformed guidance for judges determining court costs, and Dr Bridgette Toy-Cronin, a senior lecturer in the Faculty of Law at the University of Otago, has also argued that the cost rules should be tweaked. “Perhaps we should allow the litigants to run the risk of losing and face only the prospect of meeting their own costs, not the opposing party’s as well,” she said. “Genuinely unworthy litigation will still be discouraged by the fact the unsuccessful litigant will have to meet their own costs.”

Pause for a moment and consider how unambitious that proposal really is: Ms Taylor would still have lost, Roper would remain unaccountable to her, and she would ‘only’ have to cover her own legal costs — an amount Toy-Cronin acknowledges is likely to be in the region of $100,000. Is that the fairest outcome we can conceive, that victims of sexual violence and abuse, who are more likely to be young, Māori, Pasifika and/or migrant women and girls, should somehow stump up $100,000 dollars for their day in court, crossing their fingers that the likely old, rich, white and male decision maker in front of them, deciding within a colonial legal system that has historically viewed women as unrapeable property and which continues to fail survivors, will find them plausible and “genuinely worthy”? In our boundless imaginations, is that what justice looks like?

Reform is a beloved liberal project; the catch cry of those who think the system basically works and that ‘outlying’ cases like Ms Taylor’s can be tweaked out of existence. (Conservatives, on the other hand, think it’s fine as is.) But for groups on the left who believe that a legal system developed primarily to protect private property rights will never deliver just outcomes to marginalised groups, including survivors of sexual violence in the workplace and domestic sphere, nothing short of transformative justice and radical, collective action will do.

This approach involves abandoning the idea that we’re a few more Law Commission reports away from fixing the legal system and imagining fundamentally different alternatives instead — alternatives that take into account the relationships between violent offending, poverty, deprivation and attitudes about gender; which reduce, rather than double down on, our reliance on judges, police and ministers, who cause and perpetrate violence; and which return to communities as a site of accountability and justice, as in tikanga Māori. Here, deeper causes of human suffering such as large disparities in wealth are addressed — if, for example, everyone had the resources they need to live independently of abusive partners and leave violent workplaces, it’s hard to imagine that rates of abuse would remain as high as they are.

According to the Ministry of Justice, a full quarter of women (and some 6 percent of men) have experienced one or more incidents of sexual violence in their lifetimes. That’s an enormous potential collective of people who could unite around the need for change. But spineless reform will not meaningfully benefit survivors. Only radical collective action and systemic transformation can prevent women like Ms Taylor from being harmed in the first place.

It’s not as simple as updating Schedules 4 and 5 of the District Court Rules, but it’s a model of justice worth fighting for.