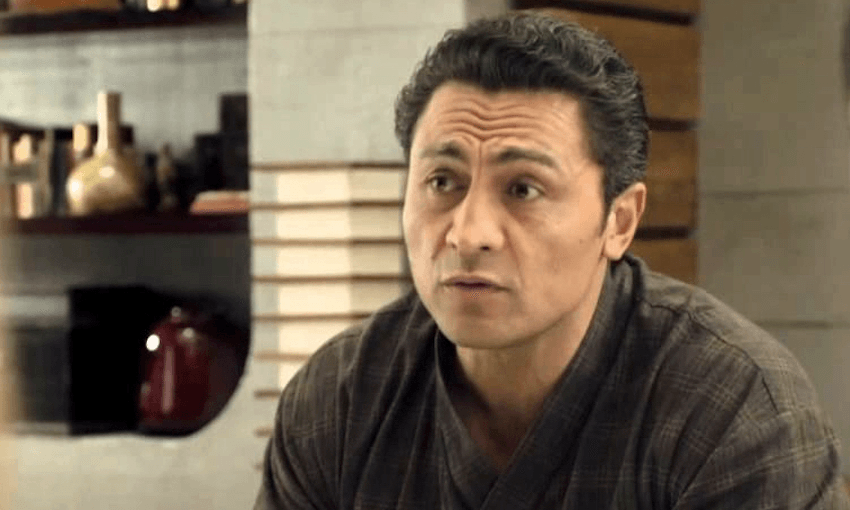 Actor Rene Naufahu in a scene from Power Rangers Samurai (2011)

Actor Rene Naufahu in a scene from Power Rangers Samurai (2011)

After being sentenced for indecent assault, the actor issued a statement that seemed noticeably short on self-awareness and genuine contrition, writes Madeleine Holden.

Last week, once-prominent New Zealand actor Rene Naufahu was sentenced to a year of home detention for six charges of indecent assault against young women who attended his acting classes. The court found that Naufahu had touched, groped and forced tongue kisses onto the women under his tutelage and that, because of the systematic way he targeted aspiring young actresses and convinced them that he could help them become stars, the behaviour amounted to grooming.

In a statement issued post-sentencing, Naufahu described the prosecution as a “brutal learning curve”. However, the most crucial lesson he needed to learn throughout the trial – that his behaviour amounted to a grave abuse of power and inexcusable breach of trust that caused lasting harm to the women affected – appears to have taken root remarkably slowly, if at all.

Judge Ronayne was critical of Naufahu’s attitude throughout the trial, saying that he had “publicly shamed the victims by denying the offending” (Naufahu initially pleaded not guilty, describing the claims as “ridiculous” and “ludicrous”) and that he was still trying to “shift blame” onto his victims. As journalist Tess McClure reported in November last year, Naufahu has never apologised unreservedly to his victims, and was demonstrating a lack of remorse and little grasp of the seriousness of the situation even after he entered his guilty plea in September 2017. McClure reported that, during that same month, a video surfaced of Naufahu reciting a poem that characterised the trial as a personal vendetta by “haters” and “hoes” trying to bring him down, and likening the contents of the trial to “malicious gossip”:

They tried to stop my destiny, thought they had seen the best of me

From the day the cops arrested me, even saw my kin detested me

Abandoned by hypocrisy, once close ties now lost to me

Haters north, south, east and west of me

Driven to the flame, hoes requested me

Giving in to the shame would’ve been the death of me.

A close reading of Naufahu’s post-sentencing statement provides little reassurance that he has had an about-turn in attitude. The statement – in which a “control + F” search for the words “sorry” or “apologise” will fail to return any results – is the latest iteration in what McClure called “a largely unstemmed flow of self pity and carefully-worded pseudo-apologies”. In it, Naufahu repeats a narrative he has been pushing since his guilty plea: that his offending was driven by a passion for acting that went too far.

“I let my professional passion for the art of acting became personal, and the lines between the two became blurred,” he states, after arriving at the conclusion that his behaviour “wasn’t always professional and appropriate, even though then I thought it was.” He continues by saying that his conduct, “at times, with some students”, became “unprofessional”. It’s an echo of his phrasing in an earlier, post-conviction statement:  “I accept that, rather than just being passionate and challenging, my approach was also, at times, inappropriate and offensive to some.”

It’s hard to read Naufahu’s jolty, endlessly-hedged statements about his behaviour (“wasn’t always”, “at times”, “with some”) and not get whiffs of a tweet that went viral a couple of weeks ago satirising a certain type of man’s inability to genuinely grasp the harm they cause women and apologise meaningfully and unreservedly for it:

me: *explains to a man how and why his behavior was manipulative*
man: if that happened im sorry…..if those were really my actions i apologize if they made u feel that way if thats true

It’s also hard not to notice that a significant focus of his statement is how the trial has impacted Naufahu personally. He opens by mentioning how relieved he is that the case is now behind him and that, while the charges had caused his passion for acting to disappear, he has now worked through these issues and his enthusiasm for the craft has returned. He notes that he formed “personal feelings” for the victims, thanks “the many who have supported and shown [him] love in return for the love and time [he has] committed to them over the years”, and finishes by calling the trial a “truly humbling… personal journey.”

Naufahu does acknowledge his victims in his statement, but never without reference to himself and his own emotions. “I am relieved that this prosecution is now behind the complainants and myself,” he opens. “We can all now move forward and heal, where this is required,” he adds, placing his own need for healing on par with that of his victims. “I can see now how my conduct has impacted on the complainants,” he continues later. “While I formed personal feelings, clearly they didn’t and felt that I had abused my role as their acting coach, which I accept that I did.”

Here Naufahu portrays his offending as the result, once again, of passion; of a mismatch in personal desire rather than the deliberate leveraging of a professional power dynamic. Even with what looks like strong encouragement from a lawyer to verbally accept the account of his victims, he still frames their version of events in terms of their “feelings” versus his own – as though the situation was no more than a clash of subjectivities, despite his objective position of power over the women he purported to mentor.

Naufahu’s post-sentencing statement and conduct throughout the trial provide little reassurance that he grasps why his behaviour was so objectionable and takes full responsibility for it. While he is correct in noting that “none of us are perfect”, it doesn’t require perfection to understand the power-based nature of sexual offending, care about the interiority of women and other people, and apologise meaningfully for harm caused to others. It just requires a willingness to self-examine, learn and change one’s behaviour without defensiveness and self-absorption. Like many of the men who are now implicated by the burgeoning #MeToo movement, Naufahu’s still got a long way to go.

This section is made possible by Simplicity, the online nonprofit Kiwisaver plan that only charges members what it costs, nothing more. Simplicity is New Zealand’s fastest growing KiwiSaver scheme, saving its 10,500 plus investors more than $3.5 million annually.  Simplicity donates 15% of management revenue to charity and has no investments in tobacco, nuclear weapons or landmines. It takes two minutes to join.