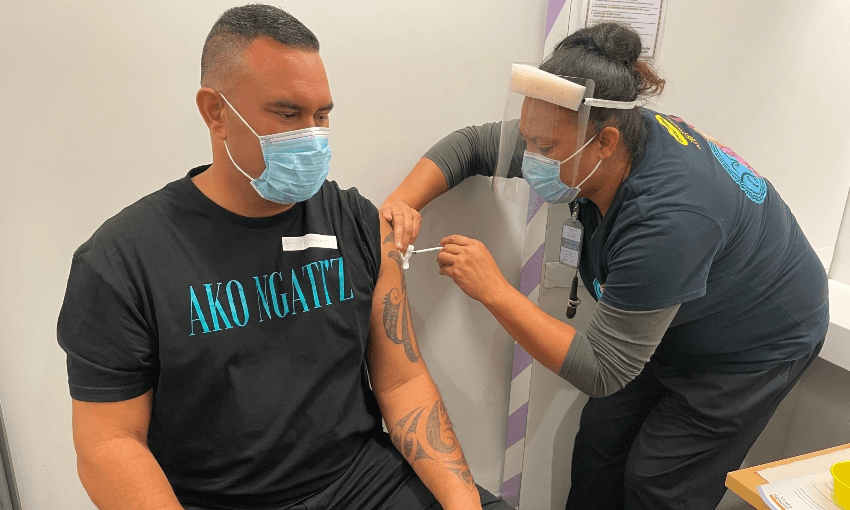 The Bulletin: How the Covid vaccine will be rolled out

Good morning and welcome to The Bulletin. In today’s edition: How the Covid vaccine will be rolled out, Tauranga’s commissioners alarmed at situation, and GPs to have crisis talks with minister.

The government has announced the plan for what could become its most significant single programme over this whole year – the vaccine roll-out. If you got everything you need to know about it yesterday, that’s fine – there’s plenty more news down-page. But if you haven’t caught up on it yet, there’s a huge amount of useful coverage.

First of all, who gets it, and when? The Spinoff has an explanation of that, going through who constitutes a priority group, when each cohort will be phased in, and more. Priority will be given first to border workers, their families and household contacts – who are already vaccinated or soon to be vaccinated. Frontline health workers are next. Then come people aged over 75, then people aged over 65 and those with underlying health conditions or disabilities. That constitutes more than two million people.

If you don’t fit into any of those categories, the earliest likely vaccine date is July. The way that gets sorted out will start to be released around May, but it still depends on batch delivery. That’s one of the tricky things about this programme – the government has signed a lot of purchase agreements, but with the general state of the world right now it can’t be certain until Chris Hipkins has the syringe in his hand (metaphorically.)

Some criticism and expert commentary has been made around the choices made by the government. Our live updates reports the decision not to prioritise South Auckland generally has been questioned by public health expert Nick Wilson, who said that “this population is particularly exposed to border failures via the proximity to Auckland International Airport and various MIQ facilities.” The recent outbreaks have all resulted in South Aucklanders bearing the brunt. Further commentary has been collected by the Science Media Centre. I’d also encourage you to read this piece from statistician Thomas Lumley, who has crunched the numbers on what is needed to approach herd immunity.

The rollout will not put New Zealand anywhere near the front of the queue – for wealthy nations at least, among all nations we’ll still be relatively early.  A New York Times interactive has numbers on how the rollout is going around the world, with some countries already well ahead.

Will this mean a trans-Tasman bubble – or even full international travel – will be back soon? Our live updates had an interesting short report from Justin Giovannetti, the Aussies argue that the delay is all at our end. And they’re not wrong – an earlier NZ government target of opening by the end of March has been ditched, with no set timeline replacing it. However one new element of the way PM Ardern discussed the bubble was by noting that travellers would do so at their own risk of potentially being on the wrong side if it had to close at short notice. National wants the bubble opened now.

Meanwhile, the Act party released a plan of their own outlining what they think the future of the Covid response should look like. If you’re interested, you can read the whole thing here. It focuses on responding to what are described as ‘mega-trends in the global Covid situation’, such as vaccination rollouts and public fatigue with lockdown measures. They also want to see compulsory Covid-app use as part of an increase in technological measures.

Tauranga’s new commissioner overlords are warning that the situation was worse than they previously thought, reports Kiri Gillespie for the BOP Times. Council staff told of a “consistent lack of investment in key amenities and infrastructure projects and revealed saturated roading networks or deteriorating facilities and housing supply as a result.” Chairperson Anne Tolley said she hadn’t been aware of how widespread the issues were, and some tough decisions would have to be made after many years of delay. A follow-up story (paywalled) from the paper suggested hefty rates rises are on the way.

GPs will hold crisis talks with health minister Andrew Little this week over workforce shortages and burnout, reports Cate Broughton for Stuff. Advocates for the sector say it is under huge pressure, underfunded and under-resourced, and the issues are getting worse. They’re also warning that this will compromise the quality of patient care, and availability of services.

The oil and gas industry is once again limited to Taranaki, after New Zealand Oil & Gas dropped their final South Island exploration permit, reports Hamish Rutherford for the NZ Herald. The industry is blaming regulatory settings as a major cause of this – something that many environmental groups will take as a win. Greenpeace put out a release describing it as a step “closer to being the clean, green nation that so many New Zealanders want us to be.”

An investigation into police taking photographs of young Māori not accused of any crime is being broadened to include the wider public, reports Te Aniwa Hurihanganui for Radio NZ. The scandal was broken late last year, and focused on the practice taking place in the Wairarapa region, but it has since been revealed to have been taking place all over the country. Campaigners say they suspect the investigation will uncover further breaches of human rights.

Labour shortages are hitting the meatworks industry hard in Hawke’s Bay, reports Gianina Schwanecke for (paywalled) HB Today. It’s partly down to a drop in the number of overseas workers, but also because of competition with better pay rates for the horticulture picking season. Those in the industry are talking up the jobs available as being more secure and year-round. For farmers, the processing issues are causing frustration and uncertainty, with some having problems getting their animals through. On the horticulture competition more generally, they’re also struggling to find labour – Radio NZ reports one company has resorted to asking office staff to hit the orchards to help.

Some more nuance on what the high milk price means for the dairy industry:Interest’s David Hargreaves has written about how it’s great for the farmers themselves, but could spell a bit of trouble for the balance sheet and margins at Fonterra, which… is owned by the farmers themselves. The mechanics that combine to make that happen are set out in the piece, but to put it in simple terms, it may be that Fonterra was working towards the milk price eventually getting to this point, but not so soon.

Right now on The Spinoff: Hayden Donnell argues that Auckland would be a better city if driving was made even worse. Lewis Holden says the Sussex interview highlights why New Zealand should cut ties with the royals. Ben Fahy learns how biodiesel is made and its role in a lower carbon future. A group of academics cover a new report that shows responsible farmers are being let down by our animal welfare system. Alice Neville covers a survey which looks at how Aucklanders found the latest lockdown. And Josie Adams for some reason reviews an 1966 film made entirely in the language Esperanto, starring William Shatner.

For a feature today, a confronting article about increasing urban water scarcity, which takes a major global city as a microcosm. Bloomberg Green has reported on the issues facing Chennai in India, with severe shortages of potable water combined with increasing prevalence of damaging floods and storms. It’s a really clear example of what the climate change future looks like, unless the right steps are taken. Here’s an excerpt:

The cyclone-prone waters of the Bay of Bengal periodically surge into the city, forcing back the sewage-filled rivers to overflow into the streets. Rainfall is uneven, with up to 90% falling during the northeast monsoon season in November and December. When rains fail, the city must rely on huge desalination plants and water piped in from hundreds of kilometers away because most of its rivers and lakes are too polluted.

While climate change and extreme weather have played a part, the main culprit for Chennai’s water woes is poor planning.  As the city grew, vast areas of the surrounding floodplain, along with its lakes and ponds, disappeared. Between 1893 and 2017, the area of Chennai’s water bodies shrank from 12.6 square kilometers to about 3.2 square kilometers, according to researchers at Chennai’s Anna University. Most of that loss was in the past few decades, including the construction of the city’s famous IT corridor in 2008 on about 230 square kilometers of marshland. The team from Anna University projects that by 2030 around 60% of the city’s groundwater will be critically degraded.

In sport, an interesting piece about the Warriors and their buildup to what is likely to be a tough NRL season. As Stuff’s Marvin France reports, the club has spent the offseason buying in bulk, so that the forward pack can be better equipped to muscle out wins. This has been a weakness in the recent past. But rule changes intended to speed the game up could cut against that approach, particularly if fitness levels aren’t good enough. Their sole warmup game so far was an error-ridden display against the Titans, so that’ll be another area to tidy when the real contests start this weekend.