The story broken on Wednesday about National and Labour agreeing to retire two MPs with links to the Chinese Communist Party has developed. If you missed it at the time, the initial work was done by (paywalled) Politik, regarding the departures of National MP Dr Jian Yang, and Labour MP Raymond Huo. To quote:

POLITIK has learned from multiple official and political sources that the retirements followed intelligence briefings of both parties. The almost simultaneous announcements were orchestrated by the offices of Jacinda Ardern and Todd Muller working together.

To be clear, there is no evidence of direct wrongdoing by either or both MPs while in office. But in both cases, there were incidents that will raise eyebrows. Yang effectively stopped speaking to English-language media after the story about his past involvement with an elite Chinese spy school was broken by Newsroom. And as chair of the justice select committee, Huo was involved in a decision to block (which was subsequently reversed) the appearance of trenchant Chinese government critic Dr Anne Marie-Brady, who intended to speak about her research on Chinese government interference in New Zealand’s political system.

Yesterday, further corroboration of the initial Politik story came out. Radio NZ’s Craig McCulloch reported that “another source also confirmed to RNZ that an agreement was reached during a meeting attended by the parties’ chiefs of staff.” The revelation about senior staffers being involved came as part of a wider story about both major parties refusing to comment on the allegation, citing policies against confirming or denying anything that may or may not be contained in security briefings. The story was further analysed in a column on the (paywalled) NZ Herald, by lobbyist and commentator Matthew Hooton.

You might also note that this week trade minister Nanaia Mahuta has given a warning to exporters about over-reliance on China, in an interview with the Guardian.On one level, this might simply be sound business advice to diversify markets. Or it might be a coded message that a cooling in diplomatic relations is coming, with a country that has a well documented history of using trade as a way of sending diplomatic signals. These stories may be related, or they may not be.

To round this section off, I’d like to make some personal observations about this story. People occasionally ask me why I’m quite sympathetic towards conspiracy theorists. Well, here’s a good example why. What we know is a few details that suggest the two major parties colluded with each other, both in the removal of the two MPs and the subsequent cover-up of the reasons why, and that the security services might have been involved. And that’s all we know – the rest of the story is a void of information, making it inevitable people will draw their own conclusions. That void will be filled by bad actors and those spreading misinformation, but also by those who can rightly see that our political class has lied to us. We in the public are entitled to demand answers.

The travel bubble pause with Victoria has been extended, in a late afternoon update from parliament. Justin Giovannetti reported from parliament that the pause will last a further seven days, as the Melbourne outbreak continues to grow. New Zealanders in Victoria have been asked to follow the instructions of local health authorities. Causing additional concern is the fact that the cases are the Covid variant that caused so much devastation in India. Stuff reports a planned visit by Australian PM Scott Morrison may be affected.

The political landscape is largely unchanged after the latest poll, though the gap has closed slightly. The One News Colmar Brunton survey shows Labour down to 46%, National up slightly to 29%, Act up a point and the Greens down a point. Within that broad sweep, there were a few interesting data points: Three National MPs appeared in the preferred PM stakes, along with Act leader David Seymour (up to 6%) and Green MP Chlöe Swarbrick. And in the party vote, The Opportunities Party recorded 2%, making them the best of the rest for parties outside parliament.

Because of the nature of how it would be paid out, there’s a very wide range in the estimates of how much the proposed social insurance scheme would cost. Radio NZ’s Sarah Robson reports it could be anywhere from half a billion to five billion dollars a year, depending on unemployment levels. It’s interesting to think about what would happen in a severe recession – the scheme would cost the government a lot up front, but the payouts might also have a stimulatory effect and prevent even worse economic damage, like with the wage subsidy last year.

On the philosophy of social insurance, which is very interesting: Unionist Sam Gribben writes about the criticism that has come from the left, on the grounds that it creates a two-tier welfare system, but defends the scheme as something that will give workers who lose their jobs meaningful breathing room to find something else. Bernard Hickey writes/podcasts this morning about why the idea is such a game-changer for the whole social safety net. And in terms of the rises in benefit rates generally, economist Michael Fletcher runs the ruler over whether the new rates will actually be enough to live on with dignity.

Wellington City will spend a lot more on cycleways over the next decade, after the council signed off on the long term plan. Stuff’s Damian George reports it comes amid a wider burst of infrastructure spending, which many councillors argue is necessary because of previous under-investment. The whole process was not without controversy – the NZ Herald’s Georgina Campbell reports that in a typically bizarre move, mayor Andy Foster emailed out a round of changes after one in the morning on the day of the vote. And speaking of cycle lanes, this is a great piece by Axel Downard-Wilke about “guerilla” lanes that have been popping up, as a result of cyclists not wanting to be killed by car drivers any more.

Civics educators are concerned at how the new curriculum is being developed, reports Justin Latif. In particular, they’re concerned about a lack of consultation and engagement. There are also concerns that the education might end up being targeted just towards those in year 13, when many rangatahi leave school well before that. 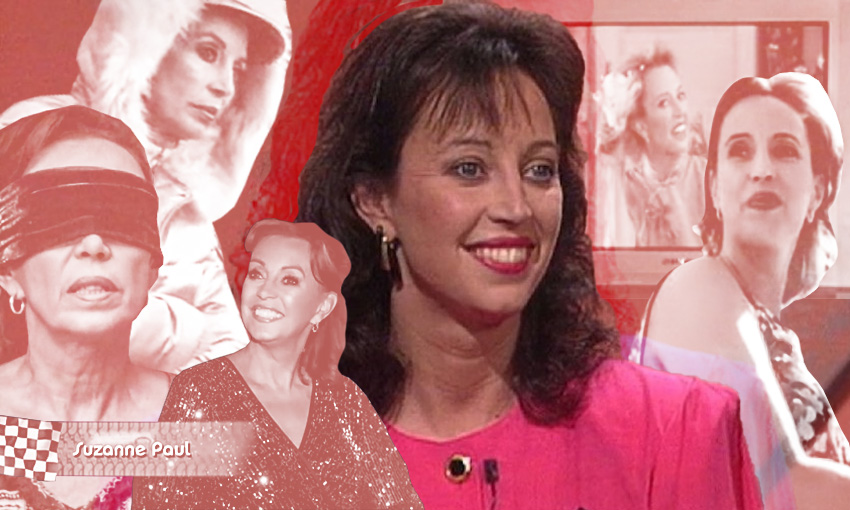 Right now on The Spinoff: Chris Schulz reports on a concert scam which seems absurd on the face of it, but could have serious consequences for those sucked in.Fiona Farrell writes about the revitalisation and refreshing of libraries that are showing their age. Sam Brooks picks out the highs and lows of the Friends reunion, which was on last night. Tara Ward reviews and ranks the best Suzanne Paul cameo appearances. We’ve got exclusive commentary from the Blood Moon about being attacked by broadcaster Mark Richardson. And here’s a touching documentary about a group of dentists who graduated together in 1950, and then 30 years later started having reunions – but age being what it is, there may not be many more.

For a feature today, a strong column about the evidence currently being given in the UK by former prime ministerial staffer Dominic Cummings. You may have only half followed this story, but essentially the man credited as the architect of Boris Johnson’s rise has now turned on him, and spent hours on live TV raining down blows against Johnson’s competence and credibility. But as journalist (and noted Johnson critic) Ian Dunt writes on iNews, the credibility of Cummings himself is also suspect. Here’s an excerpt:

It was like watching a moral fable play out in real time. But beneath it, there was a gaping sense of horror. It was not about political principles, but about human lives.

That was the price of the incompetence Cummings laid out today. And this part is not open to doubt. It has been extensively documented by investigative journalists, experts, and health bodies. But these facts gain no purchase. They make no impact. Because reality no longer impinges on politics.

The Victorian outbreak has forced some changes in the sporting schedule. The NZ Herald reports a Super Rugby game previously scheduled for Queenstown will now take place in Sydney, with the Highlanders having to travel to play it. And the Supercars motorsport event has been postponed, and is now likely to take place in late July. But you know what hasn’t yet been cancelled or postponed? That’s right – the Wellington Phoenix vs Perth Glory game at Eden Park on Sunday. Get amongst.