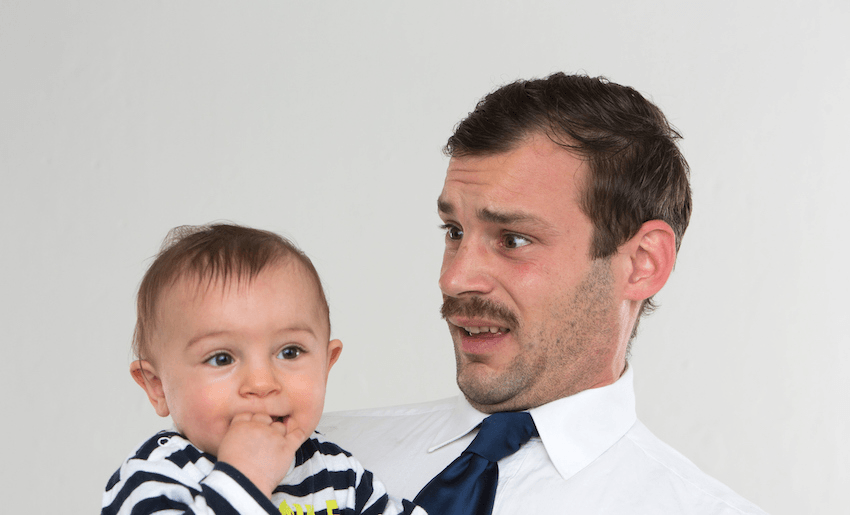 If you’re a man who isn’t sure that you’re a good partner to the mother of your children, then you’re probably not, says Emily Writes.

There’s a thing that happens on Facebook groups and group chats across the country on, or the day after, Mother’s Day. Every year without fail I see it – mothers sharing the way their partners have let them down. Again.

The posts are always the same. Demoralised mums sharing their feelings of sadness over the way their partners have disregarded them once more. It’s a familiar story of a thousand little cuts but Mother’s Day, with all of its showy bullshit, feels like a really big slice.

I talked to my husband about the fathers who don’t acknowledge their partners on Mother’s Day and he seemed incredulous. I showed him some of the DMs I’d received, some of the comments online, and he was astonished.

Over dinner we talked about the mum who missed one of my events because her husband called her five minutes after she’d left the house saying there was an emergency. She rushed home to find the baby sleeping on her husband’s lap. He said every time he wanted to get up to turn the TV on the baby woke up. No shit Steve. It’s a fucking baby.

It’s like it hadn’t occurred to him that hey, that’s what being a parent is. You can’t put them down. They don’t like you doing anything but staring at them. What did he think his wife did all day? He stole a chance for her to attend an event that she’d been looking forward to because he’s so incompetent. Sharing this story won’t even identify him because at almost all of the events I do I get messages from mothers who couldn’t attend at the last minute because the baby was crying.

These are the mothers who get texts from their husband saying “where are the nappies?” and then “where are the wipes?” and then probably “where is the change table?”. One mum told me the effort of going out and being bothered all night and eventually coming home to a screaming baby and an angry partner just wasn’t worth it. And we wonder why mothers feel so isolated and exhausted?

Whenever I bring this up people respond some mums won’t let dads do anything. Because we have an overwhelming desire to blame mothers for everything, even the behaviour of dads. Or I get some dads just aren’t natural parents – as if any of us fucking are! Not to mention how insulting that is to all men.

Mothers are not hard-wired to know how to change nappies or get a child to sleep. In fact I’d say my husband is a far more competent a parent than I am. Despite this, whenever I go away he and I both get patronising comments asking how he will cope. Nobody has ever asked the same of me when I’ve travelled with the kids alone.

The joke that the husband is the third or fourth baby makes me nauseous. I get that it’s meant to be funny, but who wants to be partnered with a child?

All that I am able to do is because of my husband. He has from the beginning been a parent because he wanted to be one. And to be honest, as much as it might sit extremely uncomfortably with some of those reading, this is what I think is a big part of why so many fathers are shit. Society allows them to opt out. They’re allowed to put parts of parenting (sometimes all of parenting) into the too-hard basket despite ALREADY HAVING CHILDREN. Imagine a mother doing that?

In Georgia, USA, they’ve all but made abortion illegal. Two weeks late and you’re forced into pregnancy regardless of the impact on your health or wellbeing. And meanwhile your partner, if a man (you know, one of those people who legislate our bodies), gets to spend the first 10 or even 20 years of the child’s life trying to work out if they want to parent.

I know I’ll be called a man-hater and that doesn’t bother me. I don’t feel any desire to please the men in the world – particularly men who say they don’t change nappies because “it smells”. I also know good dads won’t be offended.

So good dads: maybe start a conversation with a mate about what makes a good father and partner. Consider this checklist my husband and I discussed last night.

If you’re unsure if you’re in fact, a parent equal to your partner  – a good partner to them as well as a good dad – see how many of these you can tick. You should be able to tick ALL of them.

On Mother’s Day I put in effort equal or more than the effort my partner put into Father’s Day. I acknowledged her and helped the children give her a gift. I made sure she felt special and appreciated.

If she said “Mother’s Day is bullshit and is just about Hallmark cards,” you’re still allowed to say “I know Mother’s Day is silly but it’s important you know we appreciate you and you’re so special to all of us”. If you didn’t do this, it’s not too late. Get her something today, write a card that tells her how you feel. Then say “Sorry, I fucked up in not acknowledging Mother’s Day. I thought it wasn’t important but you are really important to all of us and I will try really hard not to be shit again.” If you have split from your partner or are divorced and your partner doesn’t have a partner or kids old enough to organise Mother’s Day – you should do it. It’s not hard and it’s a good example for your kids.

My partner can go away for hours at a time and I can handle it because I’m not fucking useless.

Where are the nappies? Look for them Steve. If you can’t find them – go to the fucking supermarket. You’re a grown ass adult. Can’t get them to sleep? Yeah, neither can your partner dickhead. Don’t have tits? It’s called a bottle. If baby won’t take a bottle? Go for a walk. If you think your partner hasn’t spent hours rocking a screaming baby you need to spend more time with her. Your baby screaming feels awful. But it’s part of having a baby. You don’t get to opt out.

You can handle life without sleep.

This is being a parent. Undoubtedly it’s one of the worst parts but it’s part of it. How you manage your sleep is a discussion for you and your partner, but you don’t get to just opt out of sleep deprivation if your child doesn’t sleep. I often hear “My husband just needs sleep,” and I’m like, I’m not in your marriage, you do you. But don’t all humans need sleep?

My husband and I take turns, give each other sleep-ins, we are constantly checking in: Who needs sleep the most? To opt out of waking up to the baby completely, without negotiation, is hurtful to your partner. But you’re also missing out on bonding time with your child. Yes, you can’t breastfeed – but you can get up and bring the baby to your wife, you can change baby’s nappy before or after a feed, you can re-settle the baby. There is HEAPS you can do – it’s called being a parent.

If your child is bottle fed you can make a bottle, you can sterilise pumping equipment and bottles, you can change a nappy, identify nappy rash and put cream on it, you can feed your child.

Astonishingly this needs to be in here. Some mums have to set up formula for a whole weekend just because their partners apparently don’t know how to read instructions and will CALL THEM TO ASK even though the tin is in front of their faces.

You can settle the baby.

Settling your kids is hard no matter their age. If every time (on the rare times) you look after your child you are calling your partner to be rescued, you need to quit the damsel in distress bullshit and step up.

I get that this will be hard to read for some men. You’ll feel defensive, angry. But ultimately, getting the shits with me is pointless. Use that energy to be a better dad. Don’t bother with me. Look inward – you’re losing out on relationships with your child and your partner. Every one of the women I’ve known who had men who opted out of parenting? They’re divorced now. So that’s what is at stake.

Get it together or you’ll lose it all.