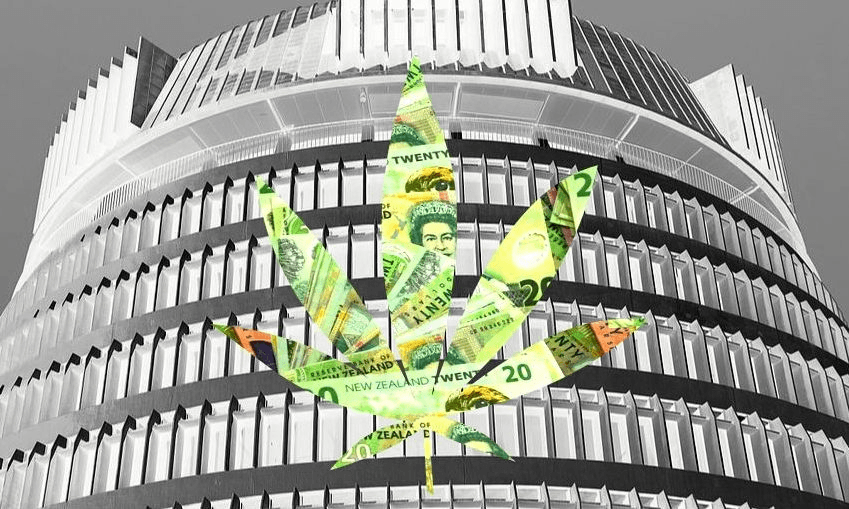 The government has announced the shape of the cannabis legalisation bill that we’ll vote on in September’s referendum. So if the country decides to vote yes, what will the new rules be?

When New Zealand goes to the polls in September, we won’t just be voting on local MPs and who the next government should be. We’ll also be voting on whether or not to legalise cannabis for recreational use.

Today, justice minister Andrew Little released the particular piece of legislation that we’ll be voting on, so it’s clear to voters what that legalised world will look like.

And what are the top-line rules?

The most important point is that it won’t be a free for all. In fact, there will be stronger restrictions in place on cannabis than currently exist for both tobacco and alcohol.

Those restrictions include: an age limit of 20 for purchasing, a possession and purchasing limit of 14 grams per day, and cannabis use being restricted to private residences and licensed premises only. There will also be a ban on importing or exporting cannabis.

One important point of the legislation is that only cannabis shops would be able to sell cannabis – it wouldn’t be allowed to be on the shelves at dairies, for example. Nor would any advertising be allowed, or the sort of retail practices that result in lower prices. And any products deemed to be aimed at children would be banned.

What if you want to grow your own?

Under the regime, that would be permitted for those over 20 years old. They would be allowed to grow up to two plants without a licence, but the government has restricted it to four plants overall in households with multiple occupants. You would also not be allowed to grow it in a public place.

Production of concentrates (cannabis oil) would be prohibited without a licence, but home production of edibles would be allowed.

What if I break these rules?

Fees and fines could be applied, in the range of the hundreds of dollars. For example, the fine for public cannabis use would be between $200 and $500, depending on the severity of the offence.

However, those who sell or provide cannabis to people under the legal age would still face prison. Knowingly growing too many unlicensed plants could also result in jail time.

These all relate to personal use and small-scale growing. What about commercial operations?

A key point for commercial operations is that they would require a licence. They would also require all those holding a licence to meet a “responsible person” test, in which a criminal record would not necessarily be disqualifying. For example, someone who had previously committed an offence under the Misuse of Drugs Act (but only for cannabis cultivation, not cooking meth, for example) might still be able to secure a licence.

Commercial operations would require an on-site duty manager at all times. And those working in the industry would be required to be at least 20 years of age.

One of the interesting points of it all is the “cultivation cap” that would apply, which would limit the size of the cultivation industry as a whole. Within that, no organisation would be able to own more than 20% of the overall quota. This would prevent some McPot sort of organisation sweeping in and dominating the entire market.

Are there any weird inconsistencies?

Depends on your point of view, but this one is interesting: edibles will be allowed for sale, under very tight restrictions. But cannabis drinks would be banned outright.

What about medicinal cannabis?

That’s covered by other laws.

Who’s going to be in charge of all this?

A new organisation, which is being formulated under the working title of the Cannabis Regulatory Authority.

Are we taxing this?

Yes. There will be a higher excise tax on higher-potency products, as well as a levy on top of that to be put towards harm-reduction programmes and drug education. There will also be GST.

What’s the exact question on the referendum going to be?

‘Do you support the proposed Cannabis Legalisation and Control Bill?’

That’s it – there are no clauses about whether smoking should be mandatory at 20 past four, or if it should be legal “as part of a good time, man”. It’s a very straightforward question.

No, if it passes, it won’t become legal straight away. A bill will still have to go through parliament, and the public will have a chance to have their say on specific aspects of the regime.

And if it doesn’t pass at the referendum, we’ll just stay at the status quo of cannabis being an illegal, black-market product.

What are people saying about it?

“It’s very good, I think it exceeds our expectations,” said the Drug Foundation’s Ross Bell. “We were already quite happy with the first draft, and the public health controls that were included. But to see the final bill, and all of those extra details that have been added – they’ve covered all the key issues, and public health remains at the heart of the bill.”

He was also pleased with the provisions that would allow those currently working in the illicit market to move into the legal market.

“The question facing New Zealanders is: do we want to continue to empower black market, unregulated chaos, or do we want to implement safety standards, duties of care and ease of access to help for those who need it?” she added.