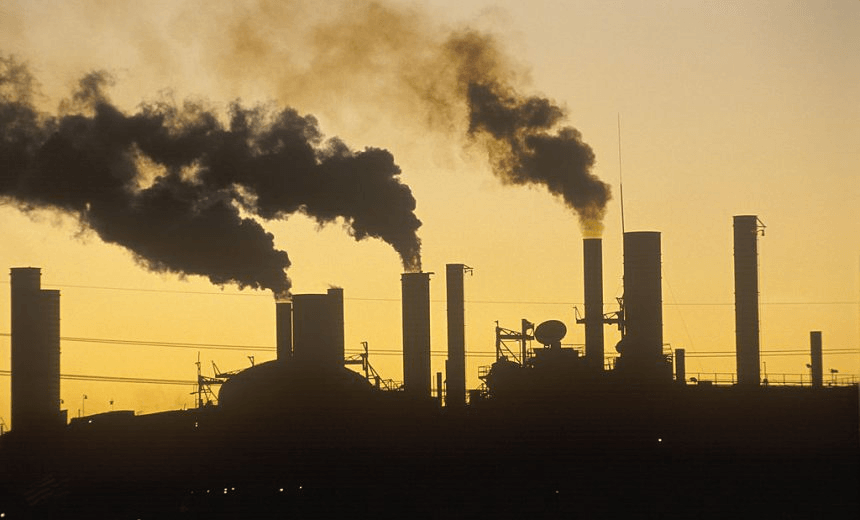 Factory at sunset in Cleveland, Ohio (Photo by Visions of America/UIG via Getty Images)

Secretary Tillerson is coming to town. Here’s what the PM needs to say to him about Trump’s climate assault

Factory at sunset in Cleveland, Ohio (Photo by Visions of America/UIG via Getty Images)

With secretary of state Rex Tillerson in New Zealand on Tuesday, Bill English and Paula Bennett have a chance to strongly condemn the dereliction of international leadership in quitting the Paris deal – and to use the occasion to galvanise action here, writes climate scientist James Renwick

This morning we heard President Donald Trump formally state that the US will pull out of the Paris agreement on climate change. It’s too tough on America, apparently.

Next week, US Secretary of State Rex Tillerson will visit New Zealand. This gives our prime minister, Bill English, and his deputy and minister for climate change issues, Paula Bennett, a golden opportunity for straight talk. Although an oilman from way back, Tillerson has backed climate change action at international meetings and grudgingly admits it’s a problem. So we might hope he’s prepared to listen.

The US turning its back on climate change action and on international leadership opens the way for other countries to ramp up their ambition. China is already on the case, with the EU and others to follow soon. Now’s our chance to hit the ground running and lead from the front.

Bill and Paula can point out how New Zealand is already 80% renewable for electricity generation and how we’ll get to 100% by 2030. If anyone can do it, we can. How New Zealand is poised to invest heavily in electric vehicles, low-carbon industry, waste reduction, and forestry. That New Zealand will show the world how it’s done, by reducing our greenhouse gas emissions 40% in 15 years, then pressing on to zero carbon by 2050. How the economic benefits from new technology and green jobs will be huge. How New Zealand will work with China, the EU, even California and other states of the US to make climate action real. How New Zealand will be a beacon of hope for the world. Tillerson will be so inspired!

Or, will New Zealand miss the boat again? Will our leaders tell the US secretary of state that we already have ambitious targets and an Emissions Trading Scheme? That it’s really hard for New Zealand to make headway because of all those pesky cows and because we already have so many hydro dams? That the market will provide and that we can’t risk damaging our economy? That other countries are taking action and we’ll pay for the privilege of watching them reduce emissions for us?

I hope Bill English and Paula Bennett send a clear message to Secretary Tillerson that the Trump’s abandonment of the Paris deal is a grave failure of US leadership on the international stage, and at the same time use the occasion to galvanise action here. I am not holding my breath.

James Renwick is a professor in the School of Geography, Environment and Earth Sciences, Victoria University of Wellington.