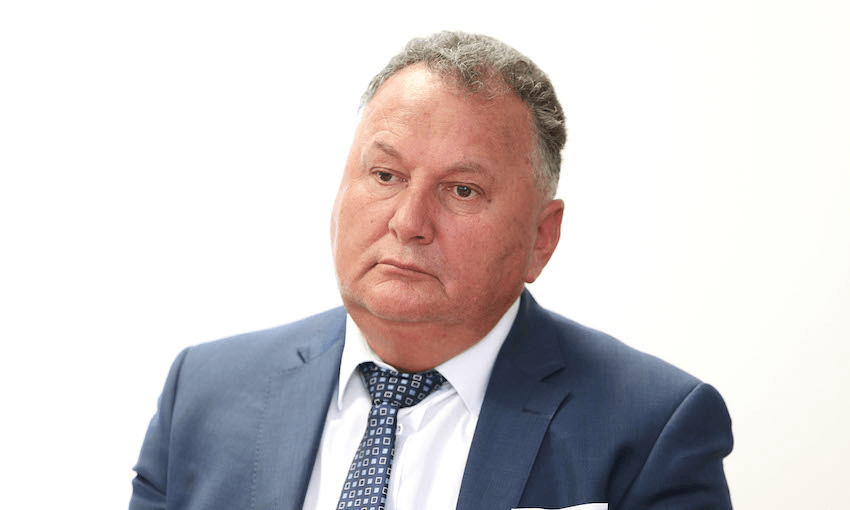 It seemed a simple enough question. It was, really. So why did it take more than two months to get an answer under the Official Information Act?

On 5 February, MBIE’s head of the Provincial Development Unit, Robert Pigou, was reported claiming that the Provincial Growth Fund “was on track to create 10,000 jobs” – in contrast to National’s claims that the fund had created only a handful of jobs to that point. I assumed that MBIE had run an economic forecasting exercise to estimate the effects of their various initiatives, and I wanted to know whether their assumptions had stacked up. So I made a simple request:

“Please provide the workings underlying the job creation claims, along with any correspondence with Treasury relating to that modelling.”

At the same time, I asked Treasury for a copy of any analysis they had undertaken on MBIE’s work. Since any serious modelling work should have been run past Treasury for comment, asking both agencies about it seemed a good idea. I suspect Treasury might have been a tad more pleased than MBIE to tell me about the problems Treasury had found in MBIE’s workings.

On 26 February, Treasury advised me they had no information to provide as they had not provided any advice to MBIE. On 6 March, MBIE advised that they had extended the OIA deadline to 22 March. Why? Because “consultations necessary to make a decision on the request are such that a proper response to the request cannot be made within the original time limit.”

Trying to parse bureaucratese is never easy. I assumed that MBIE’s answer meant the modelling might have drawn on commercially sensitive material provided confidentially by applicants.

Then, on 22 March, MBIE informed me that “the Ministry is due to publicly release a spreadsheet detailing the 10,000 jobs figure at www.growingregions.govt.nz, as such this part of the request has been withheld”. Section 18(d) of the Act allows withholding information that is soon to be publicly available. MBIE also told me no correspondence with Treasury about the figure existed – something Treasury had told me a month earlier.

The problem with section 18(d) is that Ministries like to use it to indefinitely defer their obligations under the OIA. The Ombudsman has clarified that section 18(d) should be used only when the Ministry is reasonably certain that the information will be published in the near future – and that more than eight weeks after invoking section 18(d) is unlikely to be considered ‘soon’.

So good OIA responses should give some clarity around just how soon is soon.

By now, I was getting suspicious. An initial extension for consultations had turned into what could be an indefinite delay without Ombudsman intervention. So I turned to the Ombudsman for help, noting the absence of any expected date the modelling might be delivered. I was becoming worried that MBIE might have been creating the workings during the delay.

But I had given MBIE perhaps too much credit. The modelling wound up being far simpler than I had expected – especially given the amount of time it wound up taking them to tell me. On 8 April, the Ombudsman’s office pointed me to a release on MBIE’s website providing the figures.

No complex modelling. Just a summation at the bottom of a column in Excel.

Now you might think people making applications for grants through the Provincial Growth Fund might not be the most unbiased assessors of the number of jobs the grants might support. Perhaps, and hear me out here – maybe, just maybe, the grant applicants might have thought they would be more likely to receive a grant if they put a bigger number on the form. It isn’t like the money would be taken away if job creation figures wound up being less than advertised.

“You know what? All we really have for modelling here is an adding machine. We added up the numbers that people promised in their grant applications. Getting the actual Excel spreadsheet up that has the numbers for each grant proposal – that will take a bit of finagling with the applicants. So that could take a while and don’t hold your breath. But if you’re looking for workings and method here, it’s just an =sum cell in an Excel sheet tallying up the promises we were made by grant applicants. When they provided a range of estimates, we used the bottom of the range. But it’s just a simple sum.”

That wouldn’t have taken long. It took me less than a minute to type that paragraph – but I type quickly.

So why did it take until 16 April for MBIE to finally point me to that spreadsheet?

The simplest answer is that Minister Shane Jones was under a lot of fire for his loose-sounding numbers around the Provincial Growth Fund back in February, and waiting for more than two months to release the figures would make life a bit easier for the Minister. Maybe there’s a better answer, but it would take me months and months to find it under the Official Information Act.

This isn’t how the Official Information Act is supposed to work, but here we are.