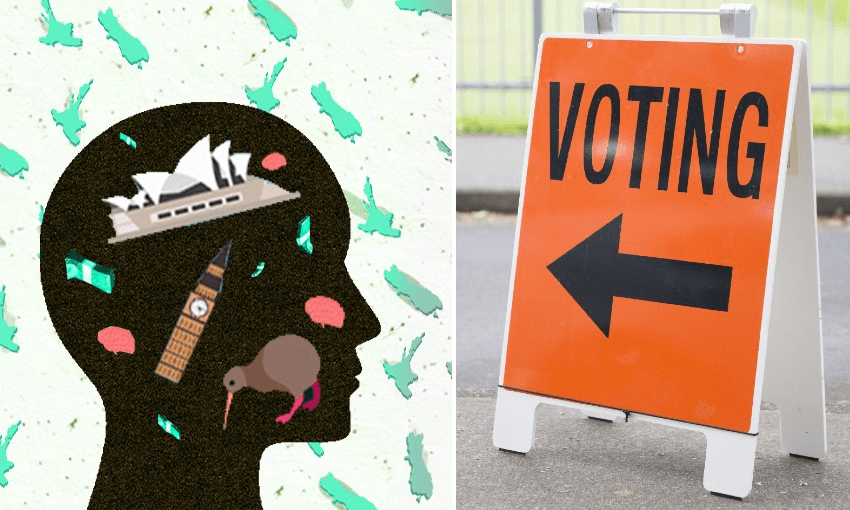 With overseas voting in the general election opening today, a new campaign is urging the estimated one million New Zealanders abroad to exercise their democratic right.

Don’t be alarmed when you see Viktor inciting eligible offshore New Zealanders to meddle, meddle, meddle as the nonpartisan initiative Every Kiwi Vote Counts launches today. The foil is intentionally disruptive but what’s driving it is pure: the belief that democracy only works if we are all part of it.

With one million New Zealanders living overseas, global Kiwis represent +20% to our resident population. And yet only 61,452 New Zealanders, a conservatively estimated one in 10 eligible voters, voted in the last election.

Shouldn’t we be concerned? Hint: yes. This is bad for us all.

New Zealanders have been moving around the world and back again since time immemorial. Being adventurers with a global outlook and ambition is part of what makes us us. In recognition of New Zealanders’ mobility, the civilian overseas vote was granted in the Electoral Act of 1956.

The staggering potential brain gain New Zealanders returning under Covid-19 represent is on the radar, but it’s worth noting an average of 35,000 New Zealanders return each year, since 2010. We’re increasingly likely to be “circular migrants”, as I am: living in New York, Shanghai and Amsterdam during my career, each time returning home and putting those skills to good use in New Zealand. While offshore, we fly the flag and make critical inroads for New Zealand, as Kea is a recognition of. We stay connected, we visit home, run businesses and invest in New Zealand.

Global Kiwis have a unique and useful perspective. They represent a quarter of our tertiary educated population. As New Zealand citizens, they have been exposed to different systems, cultures and workplaces. Just as “intellectual diversity” is recognised as a benefit to boards, we would benefit from diversity of thinking in our voters. Their vision for New Zealand is long term, just as the challenges we face as a nation are.

It’s time we faced our future as a team of six million. Covid-19 has exposed the vulnerability of global New Zealanders when we don’t consider ourselves to be so. New Zealanders in Australia on special visas are without a safety net; there was no consultation about the introduction of the economic necessity of quarantine costs; and there are overseas New Zealanders who are unable to vote in this election with the disruption to travel and three year eligibility rule.

Vote because you do know the issues. The pandemic and climate change have been a great equaliser. The challenges of the global economy, inequality and planet are universal.

The Spinoff-hosted Policy and Massey University’s Design + Democracy project, On The Fence, have made it simple to find the party that delivers on what’s most important to you.

Vote because participation is the pathway to representation. If you’re voting in the last place you resided in New Zealand, chances are the MP of New Plymouth is not going to bat for you. In the short term, we need a minister of overseas New Zealanders, as Ireland has. Ultimately, you should have political representation, as 11 other countries, including France, Italy and Portugal do. That way, you’d have a global MP who was focused on matters that affect and are important to you. None of that is possible without participation.

Last, but not least, vote because it’s never been easier to. When Kea initiated an overseas voter drive in 2008, it found 90% were interested in voting but lacked information on how to. Once voting involved electoral roll deadlines, international mail and a trip to the consulate, but since 2014, it’s moved online, so there’s really no practical excuse. You can enrol and vote right up to the election, on October 17.

Don’t let Russia be more interested in influencing general elections than we are. Let’s create a positive online influence. Let’s get to it.

Tracey Lee is a brand strategist, sociologist and return Kiwi who has spent 15 years voting from overseas and written a thesis on return migration.