‘We consider the public health risk to be low and people in and around Hamilton should not be alarmed,’ says Ministry of Health.

Another returnee who resided at the Pullman hotel in Auckland during their managed isolation has tested positive for Covid-19 after departing the facility.

Following the announcement that a Hamilton Waitangi Day event would be cancelled, with organisers citing a local case of Covid-19, the Ministry of Health confirmed that there was a positive test, with the individual having stayed at the Pullman and subsequently isolated at home in Hamilton since January 30.

“Based on our current assessment of the circumstances around this case, we consider the public health risk to be low and people in and around Hamilton should not be alarmed,” said the Ministry of Health in a statement.

The individual had returned three negative tests prior to testing positive, it added. “The case reinforces the importance of the self-isolation and repeat testing strategy we have adopted around people leaving managed isolation at the Pullman.”

After cases thought to have been transmitted within the Pullman were detected in community testing, the hotel has ceased taking new returnees, while all recent guests have been required to self-isolate at home for five days after departing the facility.

This is the fifth case of Covid-19 detected in the community in someone who had completed the 14-day stay at the central Auckland hotel. Previous cases, a North Auckland based woman and an Albany family, have not led to any known cases beyond their immediate households.

The person affected is well and has no symptoms. They live with two others. Both have been tested and returned negative results. The individual wore a face mask in communal areas of the house.

Speaking to media at the Ministry of Health this afternoon, Caroline McElnay, the director of public health, said it remained possible that it was a historic case but they were acting “out of an abundance of caution”.

“It may be that this person could be a historic case but we cannot rule out the possibility they are an acute infection, and if that is the case, our most likely hypothesis would be that that [infection] would have been at the Pullman.”

The person was staying on the same floor as some of the other cases, said McElnay. Genome sequencing, which would provide information about whether the case was linked to a known recent case, and whether it was one of the new more transmissible strains, had not yet be completed, she said.

The Waikato DHB will be stepping up testing capacity. The ministry is not advising any cancellation of public events as a result of the new case.

The transmission vectors within the hotel remain under investigation, but possibilities include contaminated surfaces, airborne transmission and ventilation or drainage pipes. While the Pullman is closed systems will also be overhauled and new CCTV cameras installed. 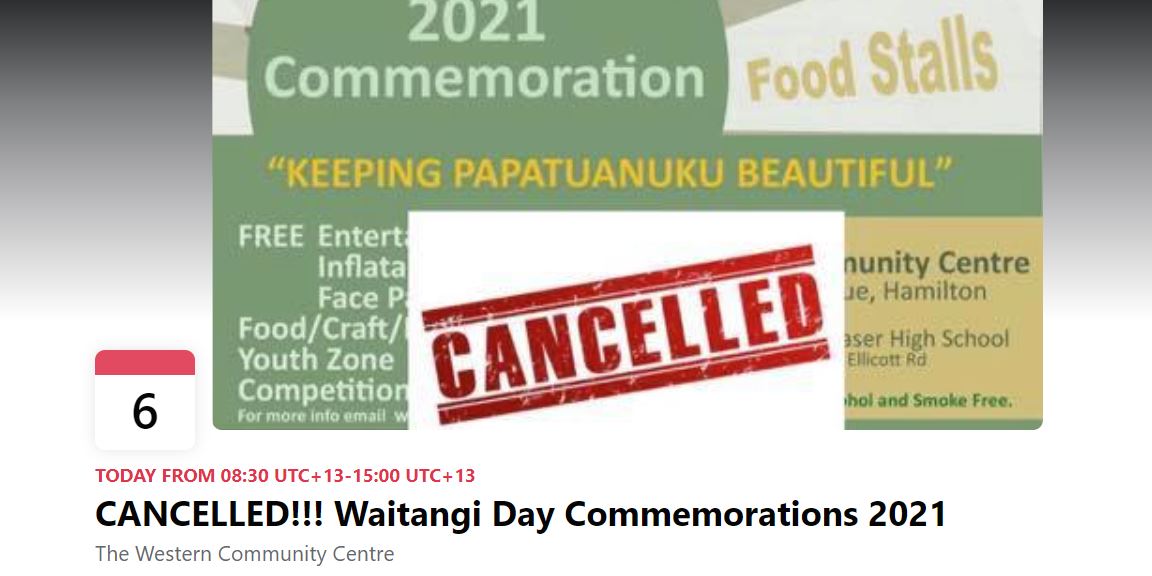 Earlier today, The Western Community Centre posted on Facebook news that a planned Waitangi Day event, to have been co-hosted with Te Rūnanga o Kirikiriroa, had been cancelled.

“We understand there is a positive Covid case in Hamilton city, with two close contacts,” read the message.

“We have made the very difficult decision to cancel the event today. We apologise to those that have travelled to attend this event, however the health and wellbeing of of community is paramount. We hope you have a lovely weekend with whanau and stay healthy and safe.”

Hamilton Mayor Paula Southgate told Stuff that it was “understandable that people are anxious” but “it certainly isn’t time to panic or anything”.

McElnay also announced one further positive case detected in isolation as well as a historic case.