This has been a year of amazement and endurance. Let’s bury it together.

How do you tell a story like 2020? The lockdown year. The bubble year. The suppurating mouth ulcer year. As with just about every media operation around this infectious planet, we’ve been wondering how to sum up such a terrible and cacophonous and testing time. How, frankly, do you encapsulate it all?

At The Spinoff, we have determined to take that task literally, in the form of a time capsule. Over the next several days, in the twilight of this annus crapulus, we’re going to assemble the ingredients to be stuffed into a metallic capsule and buried deep into the ground, which, I think we can agree, is where it belongs.

Why a time capsule? It’s a way to think about this year, to work out what best sums it up, and how we’d like our descendants down the line to understand it. There’s also, if I’m honest, something comfortingly nostalgic about the concept. Lately, “time capsule” is more likely to refer to a Spotify playlist or medicine for cows – 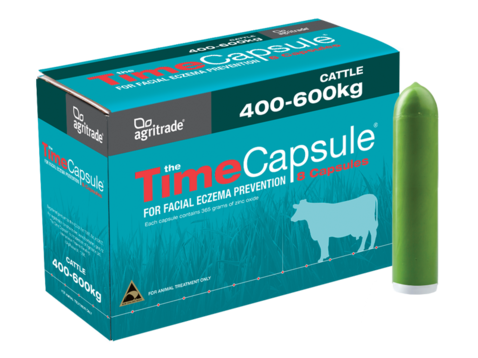 – than it is to the sort of thing that got the Northern Advocate excited in 1938. 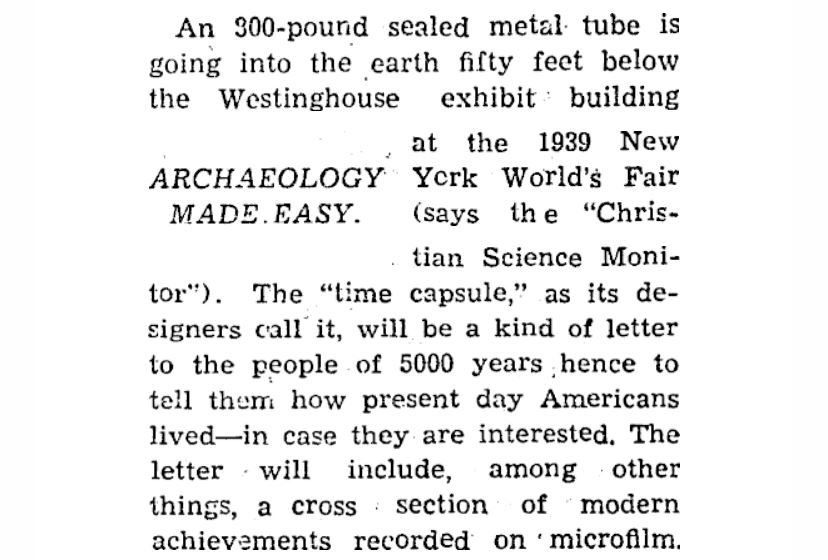 In case they are interested! Put that shade in a capsule all of its own.

I don’t know whether they used to chuck time capsules down every available cavity back in the day out of some terrible cold war fright or a blue-sky optimism, but either way, I’m into it and think we should bring it back.

And however grim the year might have been, this is a positive exercise. It’s a capsule, not an ark. Many time capsules (or “time vessels”) have over the years been self-promotional and silly. And we wholeheartedly embrace both of those attributes. But they can also provide, as Nick Yablon, who literally wrote the book on the subject, put it, “a means to inspire long-term thinking and inter-generational responsibility”.

Over the ensuing week our top team will be on the task, exploring the history of time capsules and future libraries, trying to work out where to bury the time capsule, and desperately calling around searching for someone who can forge us an actual time capsule from Lucifer’s molten phlegm.

We’ve decided that ours should be opened one hundred years from now. If you think that’s ridiculously soon, or have evidence to suggest the human race will expire long beyond that, we’re open to feedback.

We’re open – no, desperate – for feedback, too, on what to put into the tin. We’ve a few ideas, obviously. But one thing we’ve discovered in 2020 is that a big proportion of our best thoughts begin with our beloved readers. So let us know through social media or to info@thespinoff.co.nz. We want to fill this capsule with bits and bobs that capture the year 2020, and what it has meant to you and to Aotearoa – our hopes and anxieties and failures, our glories, milestones and dullnesses.