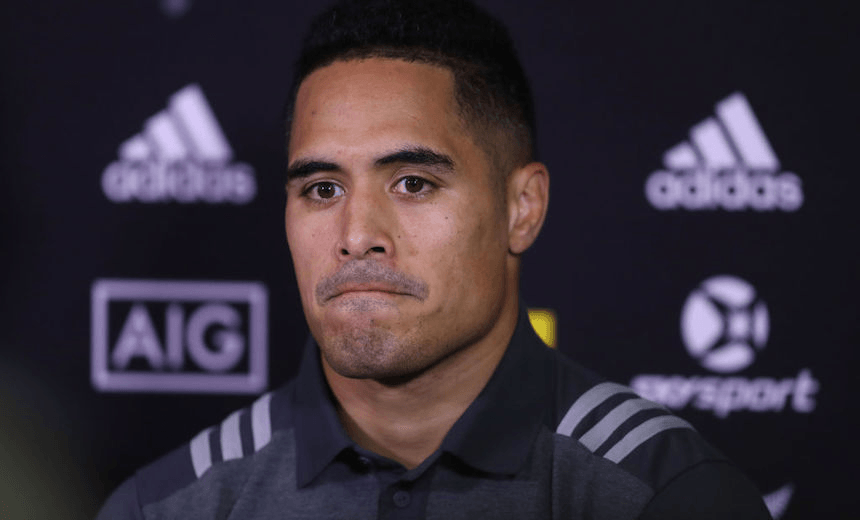 Leaked texts and sordid details have brought the Aaron Smith scandal roaring back into the news. Lawyer Natalya King assesses the fallout and its legal implications for Smith, the All Blacks and the media.

Aaron Smith and the toilet tryst is back in the news, but this time around we’ve got all the detail we really didn’t want to know last year – and more!

According to the Daily Mail, Smith had “been having a sordid affair with a lawyer for two years” before he and the lawyer were filmed entering the now notorious disabled toilets at Christchurch airport. Not a publication to hold back on the juicy details, the Daily Mail has also published a series of rather lurid Facebook messages between the pair, which appear to show that Smith lied to his girlfriend, his coaches and All Blacks management about the incident, and asked the unnamed woman involved to swear a false affidavit stating that the two hadn’t had sexual intercourse.

The Daily Mail has kindly blurred out some the offending texts, but the messages as published suggest Smith has attempted the Bill Clinton defence. One reads, “So we getting to a point admitting I got a [blurred], freaked out … but didn’t have sex!!!!!!!! ok …? … U started giving me a [blurred], I freaked out and left … if it come to that.  But no sex ok ok?”

So what does all this mean and why does it matter?

As I wrote when the story first broke last year, in New Zealand an invasion of privacy is the “highly offensive” disclosure of private facts. Whether facts are private or not depends on whether the person could have had a reasonable expectation of privacy in those facts; so here, whether Smith could have reasonably expected that his offer for “snecky toilet actions” would remain private.

The law generally accepts as a starting point that details of one’s sexual relations should be regarded as confidential, including messages between couples as to their sexual relations – even if those sexual relations aren’t between spouses or partners. In addition, it is clear from Smith’s messages (“Delete these message, Baby stop freaking”; “Thank you for this and keeping quite will make it all easier got to go delete this”; “Say nothing”; “So member delete this”) that he intended the messages to remain private communications between the two.

Against this however, there’s the recent warning of the Northern Ireland High Court, (straight out of every modern parents’ playbook), that “it is difficult to see how information can remain confidential if a Facebook user shares it with all his friends… ”.  And, like we said last time, Smith is an All Black, so while that doesn’t mean it’s open season on what he gets up to in his private life, it does mean that what he can reasonably expect to remain private is likely slightly narrower than what the rest of us can seek to protect.

Having said all of that, the real difficulty for Smith is that he spoke out about the issue: as English footballers John Terry and Ryan Giggs and many other sportsmen in between have come to realise, once a celebrity speaks out about their “strong” partner and their “massive mistake”, they’ve stepped onto the public stage, and they’d better hope that the image they’ve carefully crafted is accurate.

Here, Smith let us believe that the toilet incident was a one-off and issued a televised mea culpa. The question is whether, in those circumstances, disclosure of Facebook messages to show that it was more than a one-off, would be in the public interest. It’s a sliding scale: the fact Smith likes to have sex in public toilets probably isn’t something that can be said to be in the public interest; the fact that he lied about it to his girlfriend probably isn’t either. But if, as the Daily Mail says, he lied to the All Blacks management team, that might be a matter of public interest. And, if the Daily Mail and its unidentified woman is to be believed, and he lied to the public, that really leaves him nowhere to hide.

Leaving all the sex aside, what’s worse of course is that Smith allegedly asked the woman involved to swear an affidavit stating that the two didn’t have sex. She declined to do so, a sensible decision for a lawyer, given that swearing a false affidavit is a criminal offence, punishable by up to three years’ imprisonment. But Smith’s actions themselves could still constitute a criminal offence – a person who incites someone else to commit an offence is themselves a party to and guilty of that offence. And further, disclosure of an alleged crime is likely to be in the public interest. That is, for all his efforts (“are you will to do a sawn afferdavided to say we didn’t have sex in there … Hope you keen”) Smith may as well have signed the false affidavit himself.

As to the truth of all this, it’s worth noting at this juncture that the mystery woman has confirmed her account to The Spinoff – that the two did have sex in the Christchurch cubicle, that the two have known each other for a long time, and that Smith knew he was asking her to swear a false statement, but she says that the All Blacks management didn’t. She also told us she’d been trolled on social media, publicly abused, and door-stepped by the media both at her home and her workplace. Which indicates, of course, that whatever they thought of their All Black hero, none of those people considered that a woman had any reasonable expectation of privacy in these events.