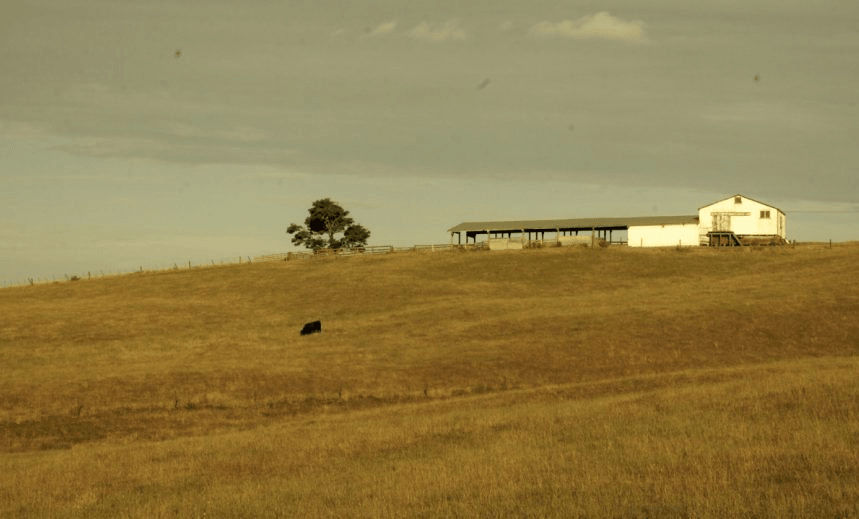 Nor any drop to beg, borrow or steal – a dispatch from Mangawhai’s Big Dry

In the east of Kaipara the land has been burned a dusty gold and drought tensions among locals are running high, writes Kelly Ana Morey.

As the drought in the upper half of the North Island heads into its fourth month, the big dry is starting to leave its mark, especially on Mangawhai, a sleepy seaside village dependent on tank water situated on the east coast of the Kaipara, that improbably and newly expensive hunk of clay located between Auckland and Whangarei.

Tensions relating to water and the lack of it are running high in our little town, with a wait list for tanker delivery that is two weeks long, even though the water trucks have been putting in long days on the road since December. Water rustling is on the rise, and it’s not just holiday homes belonging to Aucklanders that are being hit, either. We’re robbing our own. Stories abound on the community pages about this phenomenon. The most outrageous being the one about the empty tank and the neighbour with a newly erected and full swimming pool.

A word to the wise: if you’re going to be dishonest at least try and be a bit clever about it. This matter was resolved by community policing but of course most people aren’t quite that stupid or blatant and the rustling of H2O has become a serious matter, with even the tank at the St John’s ambulance station in nearby Kaiwaka being drained.

The lack of water to beg, buy, borrow or steal has led to a fair amount of silliness, groundless vitriol and expressions of genuine distress and dismay on the local community pages, the place where literacy goes to die every day. It’s extraordinary how many people are lucky enough to have boar [sic] water. That red squiggly line under a word isn’t a round of applause people and if you wait half a second Facebook will helpfully give you an alternative spelling.

Also I don’t think suggesting people should have two tanks like you do is all that helpful. For starters the recently subdivided sections in Mangawhai simply aren’t big enough to have two tanks and a house and frankly for an awful lot of people in the community finding $5K to buy a second tank, prep the site and hook it up is beyond them financially – it’s certainly not something the average money-hungry landlord is happy to do. There are three-bedroom rentals out there with tiny tanks going for market value.

Nor do I think you can pin the lack of rain on Aucklanders. Not even they can influence global weather patterns, though the pressure on the water trucks definitely goes on with the influx of visitors which we desperately need to keep the town alive through the rest of the year. They may park like idiots, and willfully waste water in holiday rentals, but we do so love their money. Finally, it’s not Donald Trump, John Key or the National Party’s fault either. It’s just another Kaipara summer.

Of course the drought is affecting the locals financially. Not only is there the cost of water ($200 a load), but the paucity of rainfall has also seen the area’s secondary industry – renting out your house over the summer for vast amounts of loot – take a big hit. You really can’t pack your house with holidaymakers if they’re banned from showering, doing their laundry or flushing the toilet. I considered renting mine out during the Northern Bass festival over New Year but my tribe of cats – Noah, Oliver, Sylvie, Jasper, Juno, Jupiter and Florence – voted against being terrorised by young people, and with my tank currently sitting at just under half – smug alert – I’m glad I didn’t.

Things really heated up when Watercare at Wellsford and Snells Beach – 20 and 45 minutes away respectively – shut the taps to non-local water carriers because they needed to keep their water supply levels up to service their own residents. This meant that our local carriers were faced with a three hour round trip to Silverdale 100km away. This meant not only would prices rise because of the cartage costs, but would also limit the number of trips a truck could do in a day and thus the wait time for a delivery would have become even longer.

Fortunately this was a short-lived situation and the tankers were re-granted access within 24 hours, mainly because Mangawhaitians bitch like champions. But really it’s a short-term solution. What we need is rain … and lots of it. The constant southwesterly wind has flayed the land of every sign of life and the sun has baked the ground so dry that I fear that the fox terrier I buried in the garden two years ago is going to crawl out of her grave through one of the cracks like a rage-filled zombie. Fence posts are loose as teeth in an old smoker’s gums as the ground shrinks away from them.

The scary thing is we’re only just going into what is traditionally our three driest months of the year. People are consulting with witch doctors and there’s talk of sacrificing an Aucklander to Huey the rain god, but that may just be a rumour on par with the one that we’re getting a KFC and a supermarket sometime in the next decade. I could live without a supermarket, but a KFC, be still my beating heart. Actually after a few delicious buckets of chicken – I eat the skin and the cats get the rest – that could be well on the cards. What a way to go though. But I (and my imminent heart disease) digress.

Stock are coping, they’re huddled under trees or around troughs and while there appears to be no grass, they’re maintaining their weight. People are starting to cull though, especially those on small holdings who fill their troughs from their household water tanks. WTF! No sympathy there from me if you’ve got no water. If you have stock you have to have a ground-based water supply, though having said that my dams have dropped to the extent where I’m bucketing water out of them for the horses to stop them trashing the dams and their hooves. And they are appreciative of this small service.

There’s no doubt, though, that the lack of wet stuff has created its own beauty. Hakaru where I live is about 7km inland from Mangawhai and the drive into the village is utterly breath-taking. I live one valley back from the slow roll down to the sea so there’s that glorious moment when the 92 Toyota ’Rola hatchback crests the hill and the landscape opens up. Now in winter it’s pretty good – the immensity of the sky and the sea with the glittering white of the dunes and the Hen and Chicks islands beyond, and from that distance you can’t see all the ugly generic infill housing that is a pox on the land.

The farm land when it’s green is pretty but nothing really out of the ordinary. In winter it’s all about the sea and the sky. But with the drought burning the land to a dusty gold, dissected by the dark green of shelter belts and the thin tracery of fences, farmland and lifestyle blocks have been turned into a shimmering abstract that reminds me of Sidney Nolan’s glorious outback landscape paintings. Yes, it’s something of a tragedy for farmers, but damn it looks good.

Other positive side effects of the dry include the newly-established locally owned laundromat doing a roaring trade providing a much appreciated service for the community. Love those huge industrial washing machines. And the village Four Square, owned or managed by a heavily cologned young chap enigmatically known only as Prince, has dropped the price of boxed water to cost and is bringing it in by the pallet load. This is why we don’t need a supermarket. Also people with lots of water in their tanks or boars [sic] are helping out the truly desperate. On a personal level the win for me in this difficult situation is my mad neighbour – Numpty-Next-Door – has had his daily lawn-mowing sessions savagely curtailed.

Last summer he was averaging 30 hours a week either mowing or weed-whacking his two-acre paradise. This gave me immense rage as I was reading Māori Land Court documents from 1898 which requires intense concentration. It would probably be a little more to the point if he planted the odd native tree, a silent endeavour, to help break the notorious Kaipara wind, but Numpty doesn’t do trees. They cost money, you have to look after the stupid things and most damning, mow around them. I have tried to point out to him that two weeks after he’s dead and his widow has put the place on the market all he’ll have to show for that time and petrol money is a lawn that needs to be mown. But hey what would I know. Judging by the level gauge on his tank I bet he wishes he hadn’t water-blasted his house last month.

There’s a bit of rain on the way according to the Metservice. However, whether it will amount to much is quite another matter. I’m not convinced. Still, anything will be helpful at this stage. At the very least my roses and hydrangeas will perk up and I’ll get a few days break from bucketing water out of one of the dams and onto my large garden section by section. Because I’m buggered if I’m going to let it die.