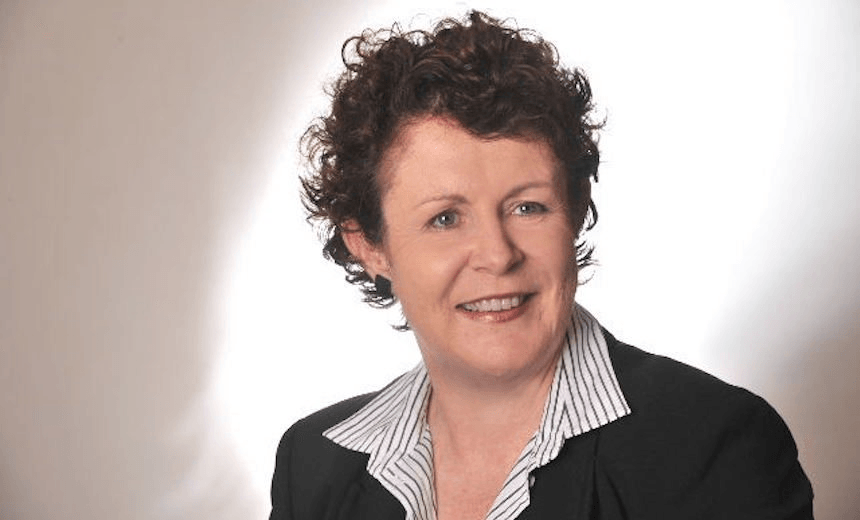 Leonie Freeman wants to fix housing in New Zealand – she might be the only person with the CV to do it. (image: supplied)

Leonie Freeman has a simple plan to solve the housing crisis. Will she be allowed to put it into action?

Leonie Freeman wants to fix housing in New Zealand – she might be the only person with the CV to do it. (image: supplied)

Fixing the housing crisis in Auckland is simple, according to Leonie Freeman. She knows how to do it. But, asks Simon Wilson, will anyone let her?

Leonie Freeman wears a Fitbit on one wrist and a watch on the other and she talks in the same way as Helen Clark – not the deep voice but the same extremely broad Kiwi vowels and long sentences. She’s a woman itching to get moving, doing her best to sit still. And what’s made her so antsy, so keen to get up and make stuff happen, is this: she’s solved the housing crisis.

Well. Not actually solved. But the next best thing. She’s worked out how to solve it. And all she wants now is for all the participants – the developers, the financiers, the community groups and all the other NGOs, the government and its agencies, the council and its agencies, the builders and designers and planners, the churches and the other charities – all of them, all she wants is for them to commit to her plan, stage one, which means funding her to get started.

Leonie Freeman is an entrepreneur. She’s worked in housing a long time and she’s been all over: in the private sector with start-up companies, property management and venture capital; in the public sector as departmental manager and consultant, for central and local government. She’s a company director and a member of the businesswomen’s group Global Women. She was chosen by finance minister Bill English to lead his review of social housing late last year.

And having done all that, she’s come up with a plan. A plan “to solve Auckland’s housing crisis”. Four steps, each with a set of identified and measurable targets.

She knows it’s a big ask. She’s not fazed because she’s done this before. In 1996 she launched a website called realENZ.co.nz, now known as realestate.co.nz, and this was really back in the day. Nobody had heard of disruption, nobody understood much about the internet; even Trade Me was still three years away. The real estate companies told her she was mad. “They said to me, ‘No one will buy property like this.’”

We know all about disruption now. Changing the way something is done so profoundly that the old way pretty much disappears. Using the new way of doing things to make possible something that was not possible before. Using that thing to solve a problem that could not be solved.

We know it, now, but we’re still much better at accepting it after it happens than being able to see what’s coming next. Solve Auckland’s housing crisis? Are you kidding? Here’s what Leonie Freeman wants to do…

Step 1: Create a vision for the city. Freeman’s vision is: “Housing at the heart of connecting and strengthening communities.”

Step 2: Raise home ownership levels to 65 per cent by 2025, including among Māori and Pacific Islanders. Three: improve the quality of existing homes so that 95 per cent of them are “classified as warm, safe and dry”. Four: create 3000 more social housing dwellings by 2018, ensuring that by 2025, 20 per cent of social housing is provided by the community housing sector and also that the needs of the elderly are fully met.

Enough big goals already? Leonie Freeman hasn’t finished. Five: eliminate homelessness in the city by 2022. Hamilton, she points out, has largely achieved this over the last two years. And six: strengthen communities with better tenure options for tenants. Also this: she wants 80 per cent of residents in every part of the city to rank their community as “highly desirable”.

No pressure, then. Step 2, right now, is the critical one. It’s about structure. Freeman calls her approach “Collective Impact”. It means getting everyone in a room and not letting them out until…

If only. It means, as she puts it, to have “all the groups – government, non-profit, philanthropic and private sector” – work together as partners. Agreeing the goals, coordinating to achieve them. She points to similar projects in Canada, Chicago and other parts of the US. The way to make Collective Impact happen, she says, is for the groups to set up a new non-for-profit organisation to sit in the middle of it all. She wants to call it Housing Connect.

Step 3: Create a Housing Framework, a way of seeing the issue that allows the initiatives of the disparate groups to be coordinated. She’s got a wheel diagram, moving from demand in the centre out to influencers like regulations and market forces, then out to delivery mechanism and finally to communication. Always important to sell the story.

Step 4: The action plan. She hasn’t got that plan yet, because that’s not how the process works. Housing Connect and its constituent groups have to create it and own it, not her.

Leonie Freeman doesn’t say it and possibly doesn’t think it, but what she wants to do is new politics. It goes like this. There’s consensus we have a complex and far-reaching problem. There’s consensus that central and local government, the private sector and the not-for-profit sector have to solve it together.

There’s consensus we need to build more homes, especially for those who struggle to buy a home and those who cannot even find a decent place to live. Freeman’s vision, putting housing at the heart of communities, is probably universally shared.

So if we have all that consensus, why would we leave it to adversarial party politics to get everything done? In the new politics, you do indeed get everyone in a room, to work on solutions acceptable to everyone. It’s constructive engagement, and because the decision makers and the money and the people who will actually do the work are all there, the outcomes can be profoundly effective.

Not that it’s easy. You need to have the range of political forces in the room, because the Opposition has things to contribute and because you don’t want the decisions undone next time there’s an election. And it’s not perfect. Inside that room, the politicking is going to be intense and the outcomes can be skewed to one side or another – we saw some of that in the report of Auckland Council’s Consensus Working Group on the port earlier this year.

But this is a problem we have to solve. For the sake of all of Auckland’s citizens, for everyone’s health and wellbeing and aspirations, we have to solve it. What we do about housing is the test of who we are.

Leonie Freeman has thrown down a challenge. She’s said, we can solve this and here’s how we go about it. Next move: all those affected groups, they need to engage. Freeman’s been talking to them all and she’s given them a deadline of the end of this month.

She doesn’t expect them to do everything. She simply wants, at this stage, for them to fund her next step, which is a six-month detailed feasibility study. She’s waiting for the money. You can find out more at thehomepage.nz. Good name, right? Good project too.

Meanwhile, she is not alone. The 18 For 4 Campaign was launched in Auckland this month by a group of 16 housing providers under the umbrella of the Auckland Community Housing Providers’ Network (ACHPN). Mayor Phil Goff was there and he made a speech: he said he doesn’t want to be mayor of a city that puts up with 20 per cent of its citizens paying 60 per cent of their household income on rent. Developers like Mark Todd from Ockham were there, along with ACHPN members like the Monte Cecilia Housing Trust, VisionWest Community Trust and Whai Maia, the iwi development arm of Ngāti Whātua Ōrākei.

Eighteen for 4: the name declares the strategy. Four houses on large sections can become 18 homes. And of those 18 homes, the formula is that eight will be social housing units for rent, four will be affordable homes for purchase and six will be homes for “assisted ownership”, which means rent to buy.

Do this badly, as we saw in Glen Innes, and you attack the very community you’re trying to help. Do it well and we have a city worth living in. Community housing providers in Auckland are determined to do it well. They’ve got success stories, like Kāinga Tuatahi, which is Ngāti Whātua’s affordable housing project on Kupe St in Ōrākei, designed by architects Stevens Lawson and landscapers Boffa Miskell.

But they don’t have scale. Currently, among them, the 16 ACHPN members are making a new home available every two days. To hit Leonie Freeman’s target of 125,000 new homes by 2025, half of them affordable, that needs to become at least 20 every day.

Daunting, for sure. But there’s something going on here. Freeman is an entrepreneur who can’t stand it anymore. ACHPN is a bunch of community groups who want to make it work, if only they can be unleashed. Is the council going to take it seriously? Is the government? Is the private sector? Watch this space.