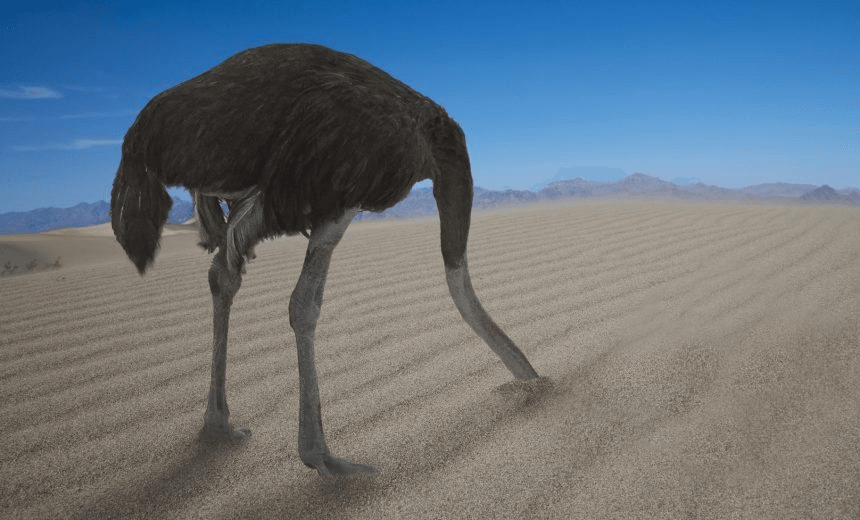 NZ baby boomers are building a banana republic, and no one gives a shit

The Treasury has made it clear that current superannuation policies will turn our country into a debt-ridden basket case, and yet media remain largely silent and politicians in denial. Young people need to get voting in a hurry, writes David Seymour.

Back when Prime Minister Rob “leave the country no worse than I found it” Muldoon practically bankrupted the government, wisecracking that “New Zealanders wouldn’t know a deficit if they tripped over one”, Ruth Richardson called deficits “fiscal child abuse” and changed the script. By making governments declare their financial position right before an election she ensured governments don’t dare run a deficit without a really good excuse, or voters punish them, as Helen Clark discovered in 2008.

Fast forward to 2016, and if running deficits was child abuse, younger voters today are guilty of self-mutilation. By refusing to take part in mainstream politics, the majority of us too young to remember the 70s or much of the 80s are ensuring politics benefit older voters at our expense. Stat: last election only 49 per cent of 18-29 year olds actually voted.

Recent case in point: You could be forgiven for missing that the Treasury published its four-yearly Long-term Fiscal Outlook this week (please, please stay with me, I promise this is worth it). The gist of the report is the same as the previous two editions: If no policy changes are made, by 2060, when current students reach retirement age, government debt will be 206 per cent of GDP. In other words national debt will equal two years’ income, worse than the current debt of countries world famous for being fiscally screwed such as Zimbabwe (203 per cent) Greece (179 per cent), Italy (133 per cent) and Portugal (121 per cent). No matter how well you prepare for retirement, you’ll be living in a banana republic.

The reason? Ageing baby boomers who will be more numerous and longer-lived in retirement than any generation before them. Right now there are four working-aged taxpayers supporting every retiree, but by the time current university students retire there will be only two.

The cost of pensions and healthcare as a share of the economy will double, the government will run large deficits, and the international financial community will demand higher interest rates on New Zealand government debt, leading to larger deficits. A death spiral that ends in that same community imposing “tough medicine” for the New Zealand economy as a condition of rolling over the government’s debt. This has happened to Thailand, Indonesia, Argentina, and Greece during recent crises, where foreign lenders took over policy making for those countries through the IMF.

Obviously that won’t that happen here because we’ve got a whole generation to avoid it, right? As the Treasury says: “governments have many options at their disposal to address these challenges, but the challenge gets harder the longer we delay.” Only the wording has changed since their 2009 report said, “The trade-offs become harder and the changes required get more severe as each year of inaction passes.” The realistic options are to raise taxes or cut spending, and the only question is when.

The first way of absorbing the change is to raise taxes by about a quarter, so GST becomes nearly 20 per cent and the top tax rate goes over 40 per cent, along with every other rate being increased by the same proportion. People embarking on their careers now would pay a 25 per cent extra “boomer tax” for being born at the wrong time. Already the polling data shows younger voters want tax cuts more than older ones.

Another alternative is extreme productivity growth, the private economy grows faster than ever for longer than ever, and public services become more efficient than ever. We basically trade our way out of this situation and become so rich we can afford all-you-can-eat pensions and healthcare for retiring boomers. The problem is that pensions are tied to income so getting wealthier just increases the amount paid out. As countries get richer, there are always more new medical treatments to plough money into, so getting richer won’t do much to reduce these costs.

The final option is to adjust pension entitlements. Follow Australia, the US, UK, Germany, Canada, to name a few, who have increased the retirement age so there are more workers and fewer pension recipients. That will send a few people over the edge just reading about it, there are no easy options.

You might think that such a major long-term issue would command the focus of political coverage in New Zealand this past week, after Trumpocalypse and Kaikoura earthquake coverage had peaked. Ruth Richardson’s reforms ensure voters won’t stand short term benefits, so long-term ones should be key? Nonetheless I can almost guarantee this is the first you’ve read of it.

In the 24 hours after the report’s release, there was near total radio (and other media) silence. Bernard Hickey wrote an excellent piece for the NBR, where he pointed out how negligent the rest of the press had been. Radio New Zealand, the station publicly funded to foment public debate? Nada. The two TV news channel? Nothing. The country’s paper of record? Zilch. Commercial radio? Mike Hosking gave the report a dismissive rant then moved on. Only Hamish Rutherford from Stuff and Bernard Hickey acknowledged its existence. I tried to spark some interest, but despite being covered on TV, radio and in print for everything from the demise of the jelly bean to three Strikes laws, tax, and driving up volcanoes this week, I couldn’t get a single outlet to cover this report.

(Update: I have subsequently been contacted by Brian Fallow at the Herald who protests that he did write about the article after all. Well done him.)

What about politicians? John Key has torpedoed the debate by saying he’d rather resign than raise the pension age, effectively saying to his supporters: choose fiscal sustainability, or me. Labour and the Greens have followed suit, abandoning the policy after the last election. New Zealand First would rather serve yum cha at their party conference than debate the issue.

Almost every political leader is holding their hands up to their ears and chanting, “la la la la la.”

Media and politicians alike get away with it because young people just don’t GOTV (Get Out The Vote). Last election 49 per cent of 18-29 year olds votes, compared with 85 per cent of over 65s. When you’re running for office, the first priority is those who vote. Why would you consume political news if you were never going to vote, and what media outlet would produce news that nobody is going to consume?

Long term sustainability gets ignored because the very people it will effect in time are disengaged from the issue. We can’t disengage forever though. As the Treasury says “the changes required get more severe as each year of inaction passes.” GOTV.

David Seymour is the leader of the ACT Party.