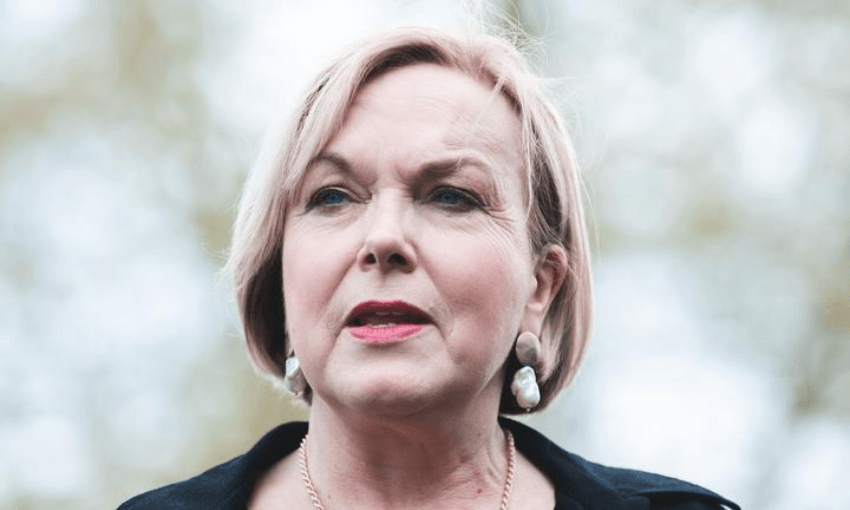 The Bulletin: Day of drama for National

Good morning and welcome to The Bulletin. In today’s edition: Day of drama and disunity for National, hero of Ōhau fire revealed, and what could be done about the digital divide.

For the National party, yesterday was one of those campaign days which aren’t at all pleasant. Issues of disunity once again came to the fore. The one from yesterday was cleaned up somewhat – MP Denise Lee told Newshub that she now backed the Auckland policy which she had previously criticised in an internal email, which was leaked. Lee said those comments were only ever meant to stay internal, that she fully supported Collins as leader, and she disagreed with the leaker’s actions. That leaker also spoke to Newshub, and I’ll quote a pertinent line.

Lee wasn’t the only MP upset by it; another National MP contacted Newshub on Monday to say Collins is consistently “making up policy on the hoof” and “creating division” within the party.

Now we don’t exactly know who the leaker was. But departing MP and former deputy leader Paula Bennett had a very busy day on twitter, in particular getting into spats with former staffer and lobbyist Matthew Hooton, who served under Todd Muller. In our live updates, Toby Manhire recapped what went down, with Hooton firing a shot over a lack of campaign preparation “When Nats’ deputy leadership changed in May” – in other words, when Bennett was in the job. She in turn shot back by saying Hooton was trying to “deflect from your utter disaster.”

Is it a wider issue? Politics is often pretty opaque, so it’s hard to be sure. But Stuff reported yesterday that “another MP confirmed there was a group within the party feeling disaffected,” with that MP joining another in speaking off the record. Radio NZ reported meanwhile that Collins would not commit to telling MPs before she makes policy, on the grounds that she thought it was better for the party to have decisive leadership, rather than leadership by committee. Some in her caucus may of course disagree with that. All in all, it’ll be fascinating to see what gets revealed to the public after the election campaign, regardless of the eventual outcome.

It may not end up having much relevance to the election result. After all, hundreds of thousands of people have already cast a ballot – 271,369 to be exact, as of yesterday’s announcement. But the timing for this sort of thing to come out remains terrible, with plenty of voters still to make up their mind. And as Newshub reports, it gave other parties a huge opening to have a crack.

Meanwhile, the two major party leaders played out a ferocious debate last night in Christchurch. Justin Giovannetti was there at The Press leaders’ debate to see it, and wrote that it was partly because of the crowd, who approached it like a town hall meeting and heckled accordingly. Our panel have also given their verdicts on what the key moments of the night were.

A fantastic story about how lives were saved in the Lake Ōhau fire: Checkpoint has spoken to Viv Smith-Campbell, who made the first call to the fire brigade, and then sprinted through the village knocking on doors to wake people up and get them moving. She bruised her knuckles in the process, such was the banging on doors. For a few people, she also had to explain to them that there wasn’t time to pack – they just had to get moving immediately. One key to it all was that she and her husband have always had a plan for what they’d do if a disaster like this happened.

We’ve had a bit before in this publication about the digital divide – people and especially kids in low income households that can’t afford technology and the internet, and so fall behind in education or access to services. This piece from Newsroom’s Jonathan Milne looks at some of the ways telcos and community groups are trying to address it, using the case study of work being done in Lower Hutt. And it hints at work going on behind the scenes of government to get all 66,000 state houses connected to the internet – such a policy could be life changing if it comes to fruition.

Export earnings are being run down because of the high NZ dollar, reports Radio NZ. That’s partly a function of a whole lot of other economies around the world being in a really bad way. For those who watch commodities, logs are on the rise again, after months of lower demand in China led to a slump in prices. Demand for wool and premium meat cuts continues to be low.

A fascinating read on the prevalence (or otherwise) of money laundering through New Zealand’s big banks. Business Desk’s (paywalled) Paul McBeth has written about how several NZ banks have been connected to a leaked list of suspicious transactions, though that doesn’t necessarily mean they’re dodgy or have done anything wrong. There will be a review of the country’s legal regime from the justice ministry next year, and the piece suggests that those working in compliance roles will welcome that, because of the way the practices of money laundering are changing.

There’s a chance they could end up in parliament, so how would some of the minor parties handle the big economic questions of the day? Michael Andrew watched a webiner featuring the leaders of TOP, the Māori Party, Sustainable NZ and Advance NZ to find out. The key topics they were asked about was business support and the economic recovery, the paying back of the large volume of debt that has been taken on this year, and questions around the borders.

The Auckland harbour bridge is now back to full capacity, reports the NZ Herald. It follows a period of being out of action from a freak wind gust knocking over a truck, and damaging the bridge structure. You will of course probably still get stuck in traffic if you try and drive across it today – it’ll be just like old times.

Right now on The Spinoff: Pete McKenzie writes about new analysis that shows Wellington housing really is damper and mouldier than the rest of the country, and certainly more than it should be. Sarah Catherall has a remarkable and beautiful essay about her mother slipping away with Alzheimer’s. Business Desk’s Pattrick Smellie writes about what the Greens might go for if they’re in government when RMA reform comes up. David Galler writes about how political leaders in NZ can’t shrug global emissions off as someone else’s problem. We’ve got some more two-minute election policy explainers, with welfare and equity, and tertiary education. Madeleine Chapman returns with the best meme-based weekly news roundup in the country. And Jose Barbosa watches and interprets an odd sketch about New Zealand’s Covid response from UK satire show Spitting Image.

For a feature today, an excellent story about farmers who are getting good economic returns from making great environmental decisions. The Northland Age has covered the work of Billie and Dan Herries, who took their farm over five years ago. Since then, they’ve gone hundies on making it more environmentally sound. Here’s an excerpt:

“We often think that if we do all this stuff, we’ll lose productivity. However, the combination of these things all add up, meaning our financial performance has increased dramatically,” Dan said.

For example, fencing off waterways not only created a riparian corridor for native species but also reduced stock losses from drowning. And creating robust shelter belts of native plants had the bonus of boosting young animal survival rates.

“It’s pretty daunting at first, and we’ve made plenty of mistakes along the way – we’ve learnt by doing. But it’s been worth it.”

In sport, the ASB Classic tennis tournament has been cancelled for 2021. The NZ Herald reports the organisers say it is because of Covid-19 implications, and the uncertainties of the current environment. Tournament director Karl Budge had previously also indicated a lack of communication from the government about what was possible. No players had specifically been confirmed for the tournament, but previous editions have included some of the best in the world.