Good morning and welcome to The Bulletin. In today’s edition: Scientists back central government fluoride takeover, GDP takes heavy hit in December quarter, and confirmation that travel bubble plans are back on.

At first glance, this may seem like a small issue, but I reckon it’s a deceptively major one for the balance of power between central and local government. Stuff’s Henry Cooke reports the government intends to strip councils of decisions over whether to fluoridate water, and invest it instead in the director general of health – currently Dr Ashley Bloomfield. The change is being driven by associate health minister Dr Ayesha Verrall, who has revived and revised a previous National party bill. Water fluoridation (which is considered safe and effective by scientific consensus) has been a hugely contentious issue at the local level for a long time, in some cases resulting in significant political wins for anti-fluoridation activists.

What is fluoridation? It’s a chemical that is added in extremely low quantities to water supplies, in order to promote dental health. And studies have largely shown it to work effectively – one quoted in the Stuff story found that children living in fluoridated areas have tooth decay rates 40% lower than those living in non-fluoridated areas. A lot of fluoride will kill you – but to get that effect from the water supply would take drinking hundreds of litres in a single sitting.

Why does this matter as a story about divisions of power? There sometimes seems to be a perception around central government that local government simply isn’t competent to handle their entrusted responsibilities. I explored that a bit in this piece about local government, in relation to water infrastructure reform. To a technocratic and science-minded government (which we currently have, for better or worse) having a question like this be subject to the whims of local voters probably doesn’t make any sense, because they might vote for something that cuts against public health outcomes. A major change in this bill is the centralisation – previously the bill would have given that power over fluoridation to elected District Health Boards – those elections tend to have very low voting rates, and high rates of confusion about who you’re actually voting for, making them perfect targets for small but committed activist groups.

What are the scientists saying? The consensus about fluoride being safe is pretty firm, according to the expertise gathered up by the Science Media Centre. There was also applause for the decision, with Professor Barry Borman of Massey saying “it is about time. This should have been done years ago.” Otago Uni dentistry expert Murray Thomson also said it would reduce inequality. “Widening access to community water fluoridation will help to reduce such inequalities and ensure that Kiwis of all ages can enjoy the social benefits of being able to eat, smile and talk without pain or embarrassment.” The Dental Association put out a release welcoming the “pragmatic decision.”

And what are anti-fluoridation activists saying? As far as I can tell the main lobby group Fluoride Free NZ are yet to comment, but in general terms they contest the safety and effectiveness of fluoride, while also arguing that decisions to fluoridate take away choice and bodily autonomy. I’m speculating here, but it could become one of those grievances that fuels minor party activism, in the same sort of way that 1080 and 5G does. In terms of other opposition, National’s Dr Shane Reti – a supporter of fluoridation – also raised concerns about “government overreach”, and worried it would stir up community resentment.

GDP took a heavy hit over the last quarter of 2020, which is likely to result in another recession being declared when the next round of stats come out. As Justin Giovannetti reports, it was down 1%, which means that overall the country’s GDP fell by the largest annual margin since records began over 2020. Covid is an obvious culprit, and the ongoing difficulties being seen in any industry which relies on open borders. The NZ Herald’s (paywalled) Liam Dann had a good analysis of it all, arguing that it doesn’t mean it’s time to panic, but that it does show that the economic recovery will be a harder slog than previous indications. As always with GDP, it’s a very big picture number, and doesn’t necessarily convey much nuance about how people feel about their economic situation.

Confirmation that travel bubble plans are back on, with ministers preparing a proposal to take to Cabinet. Radio NZ’s Jane Patterson reports that the mechanism is likely to involve New Zealand unilaterally opening borders to Australia, to match them doing the same the other way. It is of course all contingent on no big community outbreaks in the next few weeks – you may remember previous travel bubbles that never got off the ground for exactly this reason.

Bernard Hickey’s brand new column and podcast are live, and the first edition is an absolute banger. It covers the ‘magical thinking’ that has pervaded housing policy for a generation, in the process creating enormous levels of generational inequality. You can read and listen to it here, and I’d encourage you to subscribe to the podcast too so you get each episode as soon as it comes out.

Accusations have flown in parliament over alleged racist narratives being deployed around whether Wellington’s streets are safe. Stuff’s Thomas Manch has covered the confrontation between National MP Nicola Willis, who has been raising concerns about the “explosion of emergency housing” and increased gang activity in recent days, and Green co-leader Marama Davidson, who said that amounted to “attempting to stigmatise a group of people with little access to power and resourcing”. Willis in turn rejected the accusation.

You probably don’t think about rare earths and other such minerals all that often, but people in the security space certainly are. Newsroom’s Sam Sachdeva has made a dive into the geopolitical implications of the trade in rare earths, and particularly how it increases the dependence countries in the Five Eyes have on China. The government seemed to be fairly cagey about its current thinking on this question in the story, though work has taken place in the last couple of years to get a better handle on the issue and which areas matter most.

Sign me up for the Taxpayers Union, because I don’t know what else to make of this incredible story of public money being poured into the sea. Our live updates reports the NZ Tourism Board paid a shade under a million dollars to have Scottish singer Rod Stewart ‘rock the dock’, by performing a song on video that was then broadcast at the Auckland viaduct for the America’s Cup. Apparently the event was “intended to bring New Zealanders together” – I’m sure most of us are on the same page about whether this was money well spent.

And a fair few of you had some feedback yesterday taking me to task for my tone on the sailing win. To which I say, point taken. I’m certainly not intending to denigrate the achievement of the sailors themselves, and certainly don’t think what they’ve managed to do looks easy. 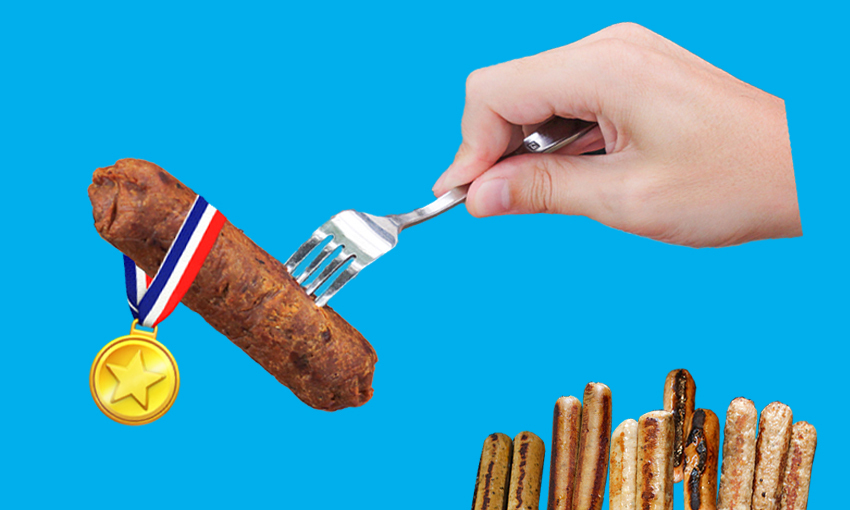 Right now on The Spinoff: Alice Webb-Liddall talked to an academic who has received a significant grant to study the intergenerational trauma of Māori children being adopted into Pākehā families. Don Rowe writes the story of long lost skate legend Lee Ralph. A group of people review and rank the vegetarian sausages available in the shops. And Tara Ward watched the TV news on America’s Cup night so you don’t have to.

For a feature today, a stark look at crumbling infrastructure in the USA. The Washington Post has put together a multimedia feature on the crisis, which contrasts both the incredible technological marvels the country is capable of, with the lack of basic services that leave many living in misery. If there’s one bone I’d pick with it, it’s that it fails to really address the billions spent on endless wars that would have been better used elsewhere, but in general it’s an insightful piece. Here’s an excerpt:

“People have no water,” said Marcel McClinton, a 19-year-old community activist. “How can they wash their hands?”

The water problems were concentrated in neighborhoods of eastern Houston that already struggled with high rates of illness. Also in the city’s east: the Johnson Space Center — home base for decades of extraterrestrial triumphs, though not the most recent one — where workers lacking electricity at home huddled for warmth last month even as their colleagues at mission control in California celebrated.

A native Houstonian, McClinton had moved away, but he returned to join with fellow organizers to distribute bottled water, food and other basic supplies in recent weeks. What he found was enormous need that predates the cold front — and will long outlast it. “We can do this work for a year and our lines will be just as long,” he said.

Okay, okay, forget last year, is this year finally going to be the Warriors year? As previously mentioned, their season starts this weekend, and Newshub’s James Regan has gone through why on paper the team has a much better chance of making the playoffs than other seasons. And look, it could all go hilariously wrong as it seemingly always does, but I’m sure the fans will keep the faith regardless.