Against the backdrop of an unprecedented exhibition of Māori art, staff members are speaking out on the gallery leadership. Leonie Hayden reports.

A landmark survey of contemporary Māori art, Toi Tū Toi Ora, opened at the Auckland Art Gallery late last year to a wave of critical and popular acclaim. In stark contrast to the plaudits for the exhibition, however, the institution has been plagued by internal ructions leading up to and since its launch. Concerns around gallery leadership and cultural safety have culminated in the suspension of an employee accused of leaking a recording of a heated all-staff meeting, the resignations of 11 staff, half the gallery’s Māori advisory board standing down and a lengthy complaint submitted via the staff union.

More than 800 people attended the Toi Tū Toi Ora opening night event on December 4, which saw a who’s who of Māori arts practitioners, media personalities and community leaders filling the central Auckland gallery. While arts patrons and gallery supporters celebrated the launch, disquiet simmered underneath. News of Borell’s resignation had not yet been made public, but many of his supporters, including artists featured in the exhibition, wore badges that read “NB” in large type; and, beneath, “Not today coloniser”, a message of solidarity with the curator.

Borell announced his resignation in an interview with NZ Herald’s Canvas magazine in January, citing irreconcilable differences with the gallery’s director, Kirsten Lacy, with whom he had worked closely on Toi Tū Toi Ora. He told Canvas that he and Lacy, who arrived from Australia having previously worked as the deputy director at the National Art Gallery, had “different ways of viewing aspirations for Māori”.

Artist Elizabeth Ellis, the former chair of the gallery’s Māori advisory board Haerewa, and a foundation member since its creation in 1994, also announced her resignation in November. In the same story, she told the Herald it wasn’t a “protest” resignation. Since, however, four more foundation members have resigned.

In a letter provided to The Spinoff, dated February 18, sent on behalf of Ellis, Dr Benjamin Pittman, Mere Harrison Lodge, Fred Graham and Dr Patu Hohepa, the group states: “We have valued our time guiding and supporting the curator Māori and wider gallery, ensuring it is a culturally safe place for all. However, changes over the past two years at Auckland Art Gallery Toi o Tāmaki have set a different vision for Māori.” The letter is addressed to Lacy, who took up the role of director in May 2019.

In response to questions from the Spinoff, Lacy said via email this was “not a total surprise” as “some of the members had indicated they were going to retire once they had achieved a long-held aspiration of exhibiting Toi Tu Toi Ora”.

She added that the gallery is undertaking “structural changes” which included a discussion about Haerewa extending its memberships to include mana whenua voices. “This has not occurred but this may have been seen as a change of direction for some Haerewa members.” A former board member spoken to by The Spinoff says that membership has never been closed to mana whenua – Ngāti Whātua carver Bernard Makoare was a member of Haerewa for six years – but that the board is primarily for arts experts whose main role is to support the curator Māori. The former member said Auckland Council recognises 19 iwi with mana whenua interests in Auckland, and a 10-person board cannot give representation to all on mana whenua status alone.

Lacy said the resignations could be attributed to “a mix of retirement, new employment opportunities, study leave and leaving the region”.

On Borell’s resignation, she said: “Nigel has spoken for himself publicly and to many in the community on the reasons for his resignation and there is nothing additional that I can add to his comments. It was his decision and choice to make, and, as I said at his farewell, I wish nothing but the very best for him in his next endeavours.”

She said a new curator Māori will be appointed “in the coming weeks”.

Multiple sources have told The Spinoff the breakdown of the relationship between Lacy and Borell was in part a result of decisions on the leadership of the discussion series to accompany Toi Tū Toi Ora.

The Auckland Art Gallery website shows a cancelled October 28 event was a conversation with three Māori artists, to be hosted by Lacy. In response, Lacy said that Borell was “consulted on a specific public programme to be delivered in October over a number of meetings. When he advised me that he disagreed with the tenets of the programme and the inclusion of a series of Māori guests being included, I cancelled the programme and it was not delivered.”

A recording of an all-staff meeting that took place on January 18 has been the subject of an employment “misconduct” investigation, leading to the suspension of a Māori employee who worked as a security guard.

The staff member was stood down for a number of weeks under suspicion of circulating the recording and for tweeting in support of Borell’s exit and his interview in Canvas. They attended the January 18 meeting in person, but say there is no evidence that they made the recording or circulated it.

The 40-minute recording features opening remarks from Lacy and Helen Te Hira, the general manager kaupapa Māori for Auckland Unlimited – Auckland Council’s economic and cultural agency, a recent merger of ATEED and Regional Facilities Auckland, which oversees the Auckland Art Gallery. In it, Lacy addresses negative press received by the gallery and herself. She references a number of new Māori roles and initiatives at the gallery and talks about her relationship with Ngāti Whātua and other Māori arts experts, but makes no mention of Haerewa or Borell. Te Hira acknowledges both in her remarks, and gives mihi to the kaiārahi Māori working within the gallery.

A number of gallery staff are then heard voicing their concerns about racism and cultural safety at the gallery, and a lack of transparency around five recent staff redundancies, which included people of colour. Some of the speakers are audibly distressed and in tears. The final comments come from a staff member asking the gallery’s leadership to take responsibility for the events leading to Borell’s resignation, and not to gloss over it by talking about the future. 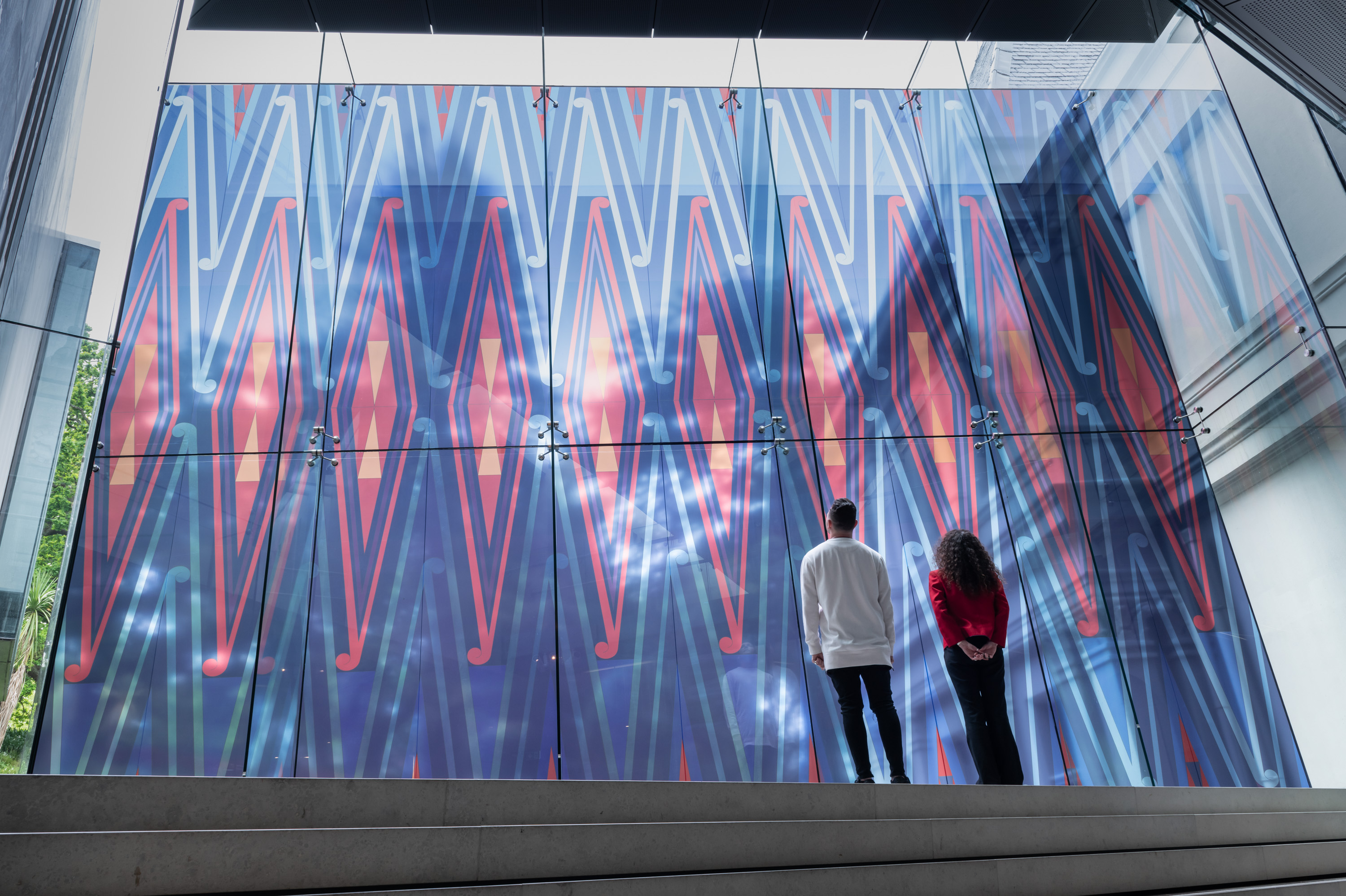 In the submission, a copy of which has been seen by The Spinoff, staff union members say the “most significant” issue is “lack of competency in leadership and an ongoing lack of trust between gallery leadership and gallery staff”.

They argue that other avenues taken to raise these issues have “not resulted in any meaningful outcomes”. The submission says a lack of senior staff who “live and lead from a place of te ao Māori” makes the gallery an “unsafe space for Māori” and the existing cultural framework, including the longstanding relationship with Haerewa, has been undermined; bullying is “rife” in the workplace, they say; staff fear they will be in the “firing line” if they raise issues; and positions previously held by “ethnic minority staff” have been downgraded to much lower salary scales.

The staff behind the submission say Lacy’s approach is “at odds with the rest of the staff” and her leadership style is “autocratic”. They claim she “regularly misses team meetings and then dismisses group recommendations that are agreed in the meetings”. Concerns are raised around the appointment of external contractors, too. “Decision-making on programmes, acquisitions and expenditure, including investment made in personal projects and multiple external consultants, is done without [the] transparency expected of a public institution,” reads the submission.

One staff member currently working at the Auckland Art Gallery  told The Spinoff the mood at the gallery right was close to “mutinous”.

“In the hui that I’ve been in, 100% of union members have supported the submission, and in fact there’s probably even more staff that aren’t unionised who would side with the submission too,” they said.

Lacy’s video series Cultured Conversations, in which she interviews arts and arts-adjacent subjects, also comes under fire. “It does not appear to serve the gallery beyond providing networking opportunities for the director,” reads the submission. It claims that staff are not consulted on guests, nor are relevant staff invited to meet and engage with guests, such as Māori staff welcoming Māori guests.

Lacy defended the Cultured Conversations exercise, saying it was a “director-led programme amongst some 3,000 public programmes and events” and it has been a “very effective programme in raising the profile of the importance of the arts and culture to Tamaki”. She said she has invited Māori cultural leaders to meet with staff at staff meetings, and five guests have presented to staff over the past few months.

Since the recorded meeting in January, smaller departmental meetings have been held to discuss the issues that were raised. The PSA submission claims that the issues around Borell’s departure have not been properly addressed, and staff have been made to feel they cannot discuss it in the workplace. Lacy disputes the point. She told The Spinoff that Auckland Art Gallery and Auckland Unlimited are currently engaging with the union to understand the issues being raised, and “how current they are”.

“Like many other organisations experiencing the impact of Covid, the gallery staff and programme have also been impacted. I have been very concerned for the wellbeing of my staff over the past year.” One staff member told The Spinoff that the experience was “disempowering”, saying: “It’s a hard place to work, not because of the work itself, but because of the unacknowledged historical trauma. There seems to be a lack of will to actually look at what is. Instead you just get ‘that’s not going to happen again’. Well it has happened, and no one’s talking about it.

“The thing that blows my mind is that it feels like she’s being protected at the expense of the gallery. That’s blowing the minds of the people who have committed their entire lives to the place.”

The PSA document also details a range of concerns that pre-date Borrell’s resignation. Workloads are described as “exhausting” and “relentless” as a result of understaffing, and staff say they are concerned the high workload will continue throughout 2021.

“Everyone passionately believes in what they’re doing,” the staff member said, “and people are so committed to their colleagues, but there’s no real infrastructure of support for the actual people who make up the gallery.

“The best bit about the gallery is the staff. That’s why people turn up every day.”

When approached by The Spinoff, Borell wouldn’t be drawn further on his reasons for leaving, or the ongoing issues between gallery staff and leadership. Instead he paid tribute to the staff and the artists who contributed to Toi Tū Toi Ora, saying “it’s about Māori being at the centre of their own story”.

“This in itself is an act of tino rangatiratanga: of sovereignty as guaranteed under Te Tiriti o Waitangi. These current actions are a powerful reminder of why that is important.”