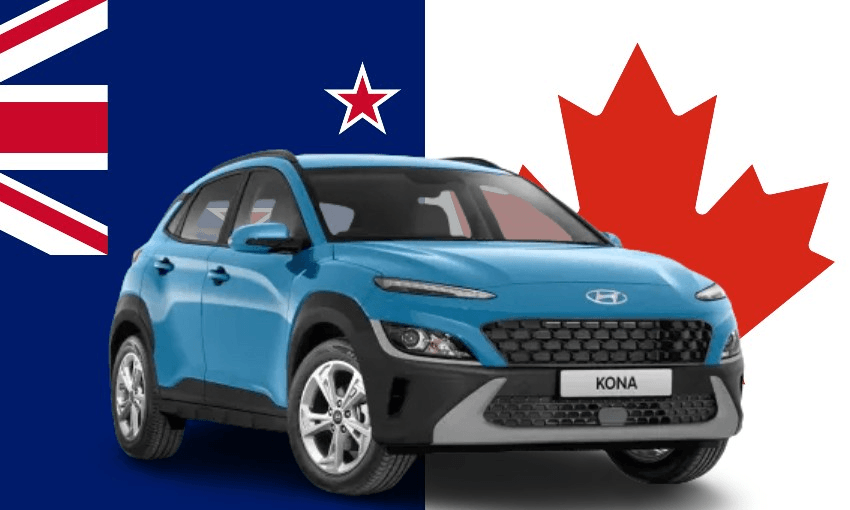 A popular electric SUV costs the equivalent of $52,000 in Canada; here in New Zealand, the same model’s price tag is closer to $80,000. Why the huge difference?

As part of its wider climate programme the government will start subsidising many new electric vehicles coming into the country with a cheque of up to $8,625 from next month.

The subsidy is meant to make the cars more affordable, but experts in the automative industry say electric cars will likely remain out of reach of most New Zealanders for some time. Making matters worse, they say prices for the cars have already started to climb on the first weekday after the subsidy was announced, reflecting the increased buying power of consumers.

New electric cars are expensive, even the ones designed for regular families. They average about $70,000 each in New Zealand, according to a recent analysis from the Motor Trade Association. The figure doesn’t include high-end electric sports cars, like the zippy Tesla model S cars seen in the country’s posher areas.

The government’s new subsidy programme only covers electric cars under $80,000. While electric cars are expensive around the world, the ones sold in New Zealand are even more so.

Waka Kotahi, the NZ transport agency, released a list of cars covered under the new subsidy on Sunday. One of them is the Hyundai Kona electric.

The Kona is a small four-door SUV, the type a family might be willing to squeeze into to do their bit for the climate. The Kona’s website has already been updated to show that it qualifies for the subsidy. Its price in New Zealand starts at around $74,000, although most models in the country seem to be going for about $79,990 right now.

The same car retails in Canada for $45,000. Adjusted for the exchange rate, that’s about $52,000 NZD – a $28,000 difference. The Kona is also cheaper in the UK and sells for substantially less in the US. All prices are rounded up because global carmakers have deeply embraced prices ending with 990, a psychological trick known as charm pricing.

That pattern holds across the cars flagged as eligible by Waka Kotahi. The Tesla model 3 costs $70,000 here, and is the only car from the company under the government’s threshold. It’s about $61,100 in Canada, adjusted for exchange.

David Crawford is the chief executive of the Motor Industry Association. His job is to represent new vehicle manufacturers in New Zealand. Electric cars are more expensive here, but you shouldn’t compare prices directly to those overseas, he said.

“We have to be careful to compare apples to apples and the cost to the consumer,” Crawford added. Exchange rates, transportation costs and “high overheads” for dealers operating in New Zealand are all major contributors to the price differential.

In the case of the Kona, a car made in South Korea and shipped a shorter distance to these shores, he said the difference seemed significant, but he doesn’t know why.

Car pricing is far more complicated than you’d think, said Greig Epps from the Motor Trade Association. The prices are set in negotiations between local representatives for manufacturers and head office overseas, he said.

There’s no single global price for a car. Companies don’t manufacture large amounts of cars and then send a few to each country around the world. Instead, each production run is made especially for a particular country. Long before a batch of new Toyotas reach New Zealand, they were built especially for New Zealand, to this country’s regulations and standards, with a price arrived at between Toyota here and its parent company in Japan. The end result of all that negotiation is the price tag slapped on a car when it’s parked at a lot in Christchurch or Wellington.

Epps said the main culprit for high local prices is the low volume of new cars sent here. That volume is further driven down by the country’s love for cheap imports from Japan, creating a vicious cycle that leads to even higher prices for new cars.

“We’re a small market, we have to have things made for us specially, and we’re a low income economy. About 60% of new cars sent to New Zealand go to corporate clients, either businesses or to rental fleets, and the remaining 40% go to high wealth individuals. The vast bulk of New Zealanders get their cars from bulk used imports,” he said.

The government’s $8,625 incentive won’t change that. According to Epps, dealers are already reporting that those negotiations with overseas parent companies have changed because of the subsidy.

“We’re already hearing the warnings from importers that our source markets know the rebates are now here and prices are going up,” he said.

According to Crawford there’s one thing the government could do to drive down costs even more quickly. Because electric cars are so expensive, the amount of taxes a company pays on an electric car is about double what they’d pay on a petrol-powered model. If they cut the fringe benefit tax in half for electric cars, businesses would buy more of them.

“If you did that you’d have a lot more EVs bought by businesses and after three years they’d be sold back into the used market,” he said.