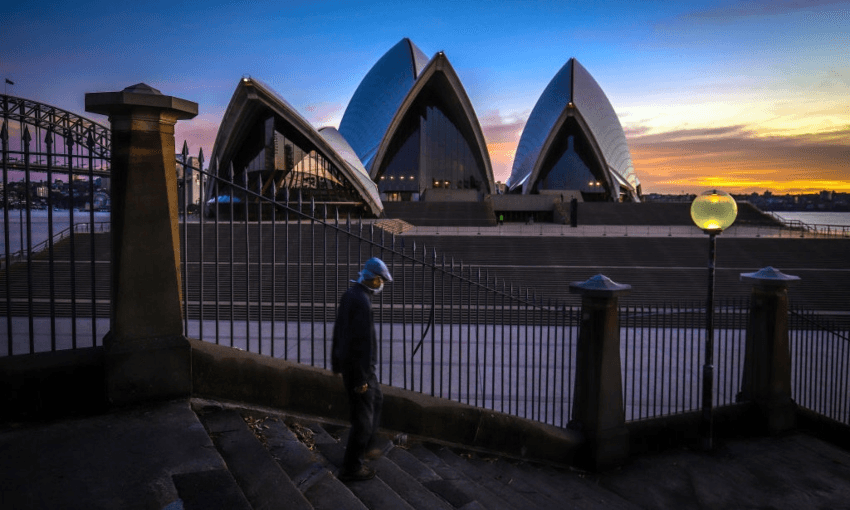 The Bulletin: Australia welcomes talk of a travel bubble

There’s still some water to go under the air bridge, but a trans-Tasman travel bubble could become a reality early next year. At her post-cabinet press conference yesterday, PM Jacinda Ardern said cabinet had agreed in principle to launch one early next year, reports the NZ Herald. Travellers through that bubble would need to be segregated, and Covid minister Chris Hipkins will be visiting Auckland Airport to see how they plan to do this. However, the upshot of such a bubble opening would be that travellers wouldn’t need to quarantine for two weeks at each end, which would provide a serious boost for tourism, not to mention making the prospect of thousands of family reunions more likely.

So what are the potential sticking points? The other side of the bubble, for one. The ABC reports the Australian government has warmly welcomed the announcement, with health minister Greg Hunt describing it as a “first step on a return to international normalcy.” Much of Australia already allows people to come in from New Zealand without quarantine, but not all, and not on the way back into New Zealand. Any such bubble would also be contingent on Covid numbers staying very low in both countries. Australia has spent a decent period of time with low new case numbers, after an outbreak in Victoria earlier this year was squashed.

It also follows the announcement of progress on a travel bubble between New Zealand and the Cook Islands. The Cook Islands News reports that (all going to plan) that should be in place by the end of March 2021. However, there is a bit of skepticism from the tourism industry there about whether there was much new in the announcement, and questioned why there was still no firm timeline of steps for free movement to resume. Regardless, the NZ Herald reports travel inquiries to both the Cook Islands and Australia have been surging in the wake of the announcements.

It looked like there might be some movement on Ihumātao yesterday, but it didn’t appear to come to anything new – at least in public. In the morning, Radio NZ reported that an initial deal for Fletchers to sell the land to the government was expected to be going to cabinet. However, at post-cab Ardern refused to comment further, and said that an announcement would be made when there was some finality about what was happening.

Speaker Trevor Mallard will in fact front up to a select committee over payments made to settle a defamation action. In fact, as Radio NZ reports, Mallard proactively contacted the chair to arrange a time to appear, so my apologies for putting incorrect information out there yesterday. PM Ardern has stressed that she has confidence in Mallard remaining speaker.

The chief ombudsman has outlined some real concerns with Auckland’s Paremoremo prison, after a surprise visit earlier this year. One News reports inspectors found that many prisoners were unable to participate in rehabilitation activities, and culturally the prison did not have that as a focus. There were also incidents highlighted that amounted to cruel treatment, including several that breached the United Nations Convention against Torture. Some aspects of the report were positive, such as the prison not using double-bunking, and giving prisoners clean cells to live in.

Newsroom continues to argue over the right to publish a video story depicting a child being taken away from their foster parents by Oranga Tamariki. The site reports that arguments were heard in the High Court yesterday, after the Crown won an injunction two weeks ago, forcing the story to be taken down. At issue is the question of whether the story would reveal identifying information of a minor.

The PM of Eswatini – known in English as Swaziland – has died with Covid-19. The BBC reports Ambrose Dlamini, who was 52, tested positive about a month ago, and he had been getting hospital treatment in South Africa. I say with Covid-19, because no official cause of death has been released yet.

Best Journalism of 2020: A longer bit of feedback today, for a short form podcast that has stepped up quite a bit this year. Karla got in touch to shout out to RNZ-Newsroom co-production The Detail:

“I wanted to nominate The Detail for your shout outs. Not sure if podcasts are in the running but it’s just a consistently good daily dose of information, told in an easily digestible and user-friendly way. It’s also a testament to your industry to have RNZ and Newsroom work together. Sharon Brettkelly, Emile Donovan, Alexia Russell and Jessie Chiang et all are fantastic and it’s always great to hear Marc Daalder and Sam Sachdeva etc with their input. Like anything produced daily it’s no doubt a challenge, but The Detail, like your bulletin, is always fresh and a great listen. I listen on my commute and feel like I’ve got some super smart mates in the car giving me a great insight and deeper dive into an interesting and topical subject.”

Right now on The Spinoff: Chris Tse writes about why it is so hurtful to the Chinese community to see a poem by racist murderer Lionel Terry included in an NCEA exam. Paul Buchanan looks at the scant attention paid to far-right terrorism by spy agencies before the March 15 attacks. The final episode of Coming Home looks at how we might entice returning New Zealanders to stick around. The Dietary Requirements podcast takes on one of the thorniest questions in food – what makes a good sandwich? And The Spinoff is hiring, for an intermediate web developer – if you know someone suitable, please pass it on to them.

For a feature today, a conservative American looks on at the unfolding saga around Trump’s electoral defeat in dismay. Writing on the American Conservative, Rod Dreher says the Trump base has gone completely off the deep end, and he fears the direction such a movement might take in the future. There’s a bit of a self-serving element to it all, given how many mainstream conservatives happily incubated Trumpism while it suited them. But even so, what is happening now is seen as concerning enough for natural allies to be speaking out. Here’s an excerpt:

Well, which is it? The rule of law in our Constitutional republic means that the courts operate in the name of We the People. Flynn declares mob rule over our constitutional institutions in the same speech in which he decried the loss of the rule of law. He obviously didn’t get the irony, nor, I’d wager, did a soul in that crowd.

He also told the people to ignore their minds and listen to their hearts, because in your heart is where you determine truth. It’s. All. About. Feeling. Don’t think, feel. This is 100 percent what Metaxas was saying this week on Charlie Kirk’s show: logic & evidence don’t matter if your heart tells you that Trump won. You watch: this movement is going to end up demanding that Gen. Flynn become the military dictator of America.

Unprecedented heights for the Black Caps, who are now ranked number one in test cricket – well, they’re on equal points with Australia at least. Stuff reports it comes after an utterly dominant stretch in home conditions of 15 matches without a loss, and some pretty handy wins overseas to boot. That doesn’t necessarily translate to a spot in the World Test Championship final, as India and Australia are still in prime position to top that table. As for yesterday’s wrapped up match against the West Indies, there’s little to add except that the tourists will probably be happy to be done with it all.