Welcome to The Spinoff’s live updates for September 6, bringing you the latest on New Zealand news and the Covid-19 pandemic. The whole country is now in alert level two, with extra restrictions in Auckland. Official information here.

There were five new cases of Covid-19 reported, four of them in the community and linked to the known cluster. Reports of a possible case in Christchurch were ruled out.

In a fiery Q+A interview, Winston Peters unleashed his full suite of insults at Jack (James?) Tame and TVNZ, claiming they’d attempt to “hijack” him.

After a few false finishes, parliament was finally dissolved.

The “stage four” lockdown in metropolitan Melbourne has been extended by two weeks and will now end on September 28. Speaking to media this afternoon, state premier Daniel Andrews said he was “100% accountable for where we find ourselves but, equally, I’m accountable for getting us to the other side of this. And pretending it’s over, because we wanted to be, that is not something I will do … I want a Christmas that is as close to normal as possible and this is the only way – these steps are the only way – that we will get to that point.”

Victoria today reported 63 new cases of Covid-19 with five new deaths. There are now 1,872 active cases in the state, with the total case count now close to 20,000.

Noel Edmonds has laughed off claims made by the self-styled “Bad Boy of Brexit” Arron Banks that he is in “in hiding” in New Zealand. According to the Mail on Sunday, Banks is accusing the British television star, now resident in Northland, of “fleeing” and “hiding” in New Zealand to “avoid paying back a £1million debt to the man who helped to bankroll Nigel Farage’s Brexit campaign”.

The insatiably self-promoting Banks said he was “fuming” over attempts to retrieve fees for an insurance policy issued by the Legal Protection Group, which he owns.

Edmonds has told The Spinoff’s Tara Ward – whose tremendous interview with Mr Blobby’s sidekick can be read here – that it’s a “nonsense story”. He was unable to comment on the case itself “because as Mr Banks is well aware the circumstances are the subject of a criminal inquiry by the police and civil litigation”.

He noted, too, that if he were hiding, he wasn’t doing a great job. “It’s a strange way to hide – being publicly welcomed by the prime minister and being interviewed for leading Kiwi TV, radio, newspapers and magazine.”

The Mail story fails to mention that Bad Boy Banks spent a good part of the year in New Zealand, and, as revealed by The Spinoff, appears to have persuaded Winston Peters that he is good at campaigning. There are five new confirmed cases of Covid-19. Four of those were detected in the community and one an imported case detected in managed isolation.

All of the community cases are linked to the wider Auckland August cluster and are epidemiologically linked to the Mt Roskill Evangelical Church group, said the Ministry of Health in a press release.

The imported case is a man in his 20s who arrived from India on August 23. He is a close contact of an existing confirmed case and  tested positive around day 12 of his stay.  He is now in quarantine.

There are 75 people linked to the community cluster currently in the Auckland quarantine facility. That includes 58 people who have tested positive.

Four people with Covid-19 are in hospital today, two in a North Shore Hospital ward, one at Middlemore and another in Intensive Care in Waikato Hospital.

With one reported recovered case, the total number of active cases is now 116; 39 are imported.

The release also details “operational changes to further strengthen our borders against Covid-19”, which come into effect at midnight tonight.

“These changes reflect our evolving understanding of the health risks and how to further strengthen our efforts to keep Covid-19 out of New Zealand. This set of changes also gather all the requirements for managed isolation into a single Order regardless of the circumstances through which people might enter MIQ (through the air border, maritime border or Covid-19 community cases).

“The maritime border changes strengthen requirements for testing, isolation and quarantine of arriving crew.  They also introduce infringement offences under the Covid-19 Act. The Required Testing Order enables the introduction of ongoing, routine, mandatory Covid-19 testing for all border workers.”

There is no media briefing today, so the latest information on new cases, recoveries and testing are expected via press release at 1pm. We’ll relay that here quicker than you can say epidemiological link. 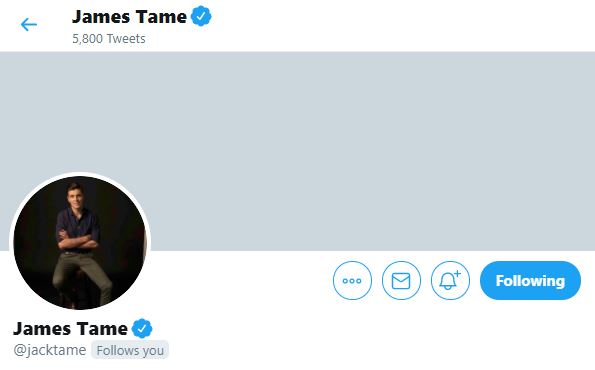 After being delayed twice, parliament has as of 11am been dissolved. The proclamation, held indoors owing to crappy weather, was signed by the New Zealand Herald of Arms, Philip O’Shea on the authority of the governor general, Dame Patsy Reddy, and on a desk which also sported a bottle of hand sanitiser. Watch the dissolution here, if you must.

Six weeks from today will be the morning after election night. What will happen in the interim? All the key dates, including the debates, are collected here.

9.30am: ‘Hijacked’ Winston Peters goes on the attack on Q+A

A jukebox of Winston Peters fury on Q+A this morning. Peters denounced “pure, unadulterated dirt”, pulled out the “Philadelphia lawyer” line, a “simpleton question” jibe, and a denunciation of the state-owned broadcaster.

The New Zealand First leader and deputy prime minister took exception to question lines that he said strayed well beyond the subjects they’d agreed to discuss. There had been “no honest briefing” and he had been the victim of an attempted “hijacking”, he said. “I think it’s a disgrace that TVNZ, a taxpayer funded institution … should behave like this,” he said, accusing Jack Tame of “spraying dirt around on behalf of your political masters”.

Peters claimed he had been “lied to” by Tame and his producers, that they were being “cheap and churlish”, and “trying to defame me”. It was “a disgrace to modern journalism, this close to an election”.

He refused to say whether he was aware of any NZ First related person leaking information about James Shaw and the funding of the Green School, and bridled at questions about whether he had been interviewed by the Serious Fraud Office in its investigation into the NZ First Foundation. He objected, too, to questions around reports he’d helped friends on to a special trip to Antarctica at the taxpayer’s expense and Provincial Growth Fund spending on a racecourse in Christchurch.

On the SFO question line, Peters said: “Go and get your answers somewhere else …  You should be ashamed of yourself, so should your producer and the people who run TVNZ. I can see why you guys are in trouble.”

Asked about his shift from the No 2 position in cabinet to critic of the government response to Covid, Peters said that he had spoken out in cabinet about the need for masks, tighter quarantine measures and the use of the military. “We let our guard down,” he said. “I spoke up where it matters … When the government rose from the house I was free then to say what the history of this matter was.”

9.00am: Campaign gets up again

The 2020 election campaign is grinding back into gear after polling day was bumped back by four weeks. Jacinda Ardern is campaigning in and around her childhood home of Morrinsville, posting photographs of strangers’ houses. Judith Collins is heading to Hawke’s Bay for a few days’ campaigning. And the wheels of the Winston Peters bus continue to go round and round all day long, taking him to Ashburton and Oamaru today.

How up for it are we, though? Tracy Watkins, editor of the Sunday Star Times, worries about a “fog of weariness that seems to be enveloping this election”. She’s urging politicians to debate the issues that will shape New Zealand in the years to come, rather than a narrow focus on border reopening.

8.30am: Concern over testing rates

Stuff is reporting this morning that “testing stations were deserted” across South Auckland yesterday. High testing rates are critical in providing confidence that the virus is being successfully eliminated in the community for the second time. The current goal is to process around 70,000 tests a week.

There is typically a drop in testing numbers on weekends; we’ll find out by how much, along with case numbers, in an update expected to arrive via press release at 1pm today.

Yesterday saw three new Covid cases, two in the community and linked to the known Auckland cluster. We also learned the sad news of the death of Dr Joe Williams. If you haven’t already, I strongly recommend reading Dr Collin Tukuitonga’s powerful tribute to his mentor here.

The Ministry of Health was investigating a potential Covid-19 case in the Christchurch region.

Three new cases of Covid-19 were announced, two in the community and one in quarantine at the border.

A new global survey ranked New Zealand the world’s second-safest country when it comes to Covid-19.

Dr Joe Williams, a prominent doctor and former Cook Islands politician, died in Auckland after contracting Covid-19 last month. It is New Zealand’s 24th Covid-related death, and the second in as many days.

Another survivor from the livestock ship that sailed from New Zealand with 6,000 cattle and capsized off the coast of Japan was rescued.

Read all the key stories in yesterday’s live updates.